Reese Counts
Soon, Formula E will races will be joined by a new type of racing series that features autonomous electric vehicles. The driverless racing series is being developed by Roborace and will feature futuristic cars designed by Daniel Simon. The company just released a video of their prototype tester, simply dubbed DevBot, piloting itself around Silverstone Circuit in England. While the final race-ready vehicles will be sleek rocket-like machines, DevBot's closed cockpit for a development driver gives it the appearance of a small LeMans prototype racecar, sans bodywork. Many of the mechanical bits are exposed. What bodywork remains looks striking in bare carbon.

Details remain scarce on the vehicle. All vehicles will be mechanical copies, though each team will be able to tweak the software and develop their own algorithms and artificial intelligences. Roborace claims the vehicles will reach speeds of up to 180 mph, though it's clear from the video that DevBot is nowhere close to those speeds.

DevBot will make it's public debut tomorrow August 24 at Formula E's open practice sessions at Donington Park in the UK. While the verdict remains out on how exciting driverless racecars can be, it's hard to argue that the technology will be pretty impressive. Look for a full racing debut alongside Formula E's 2016-17 season. 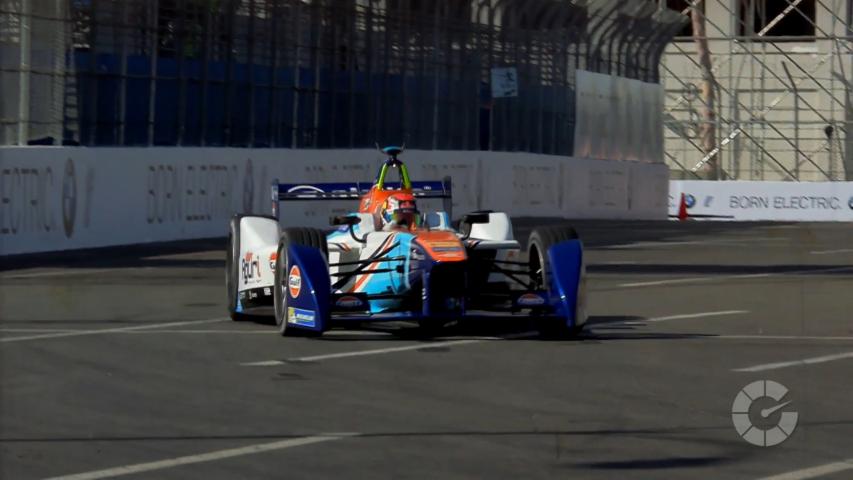