Joel Stocksdale
Faraday Future has kept its production car so heavily under wraps that the only hint we've had is an obscured silhouette teaser image. But now, thanks to Twitter user Everette Taylor, we have our first look at FF's actual car. It looks pretty far along in development and has nothing to do with the concept shown at CES in January.

The profile of this heavily camouflaged crossover fits very closely to the teaser silhouette. What really gives the car away are the exposed hatch hinges protruding from the rear of the roof, which matches the teaser. A source to Autoblog also confirmed that this is the Faraday Future car, and an earlier report by Electrek makes this speculation a lock. The vehicle has a low greenhouse and a steeply raked rear hatch. It's also clear that this will be a relatively large and lengthy crossover that will be a more direct competitor to the Tesla Model X. Of course that's assuming that this FF vehicle matches the range, performance, and price of the wing-doored Tesla.


Of course, we don't yet know whether the production Faraday's specifications will match Tesla's. The only thing FF has revealed so far is the FFZERO1 racecar concept, and the only production-ready part of that 1,000-horsepower car was the Variable Platform Architecture chassis. Apparently the chassis will be the basis of all FF cars, and thus this crossover; like the Tesla platform, it sticks the batteries under the floor, and it's supposed to support front-, rear- or and all-wheel drive – we expect all-wheel drive as an option with either front or rear drive being the base spec. At the very least, we finally have a look at the car FF actually plans to build, instead of some Hot Wheels-esque fantasy with virtually no hope of production. 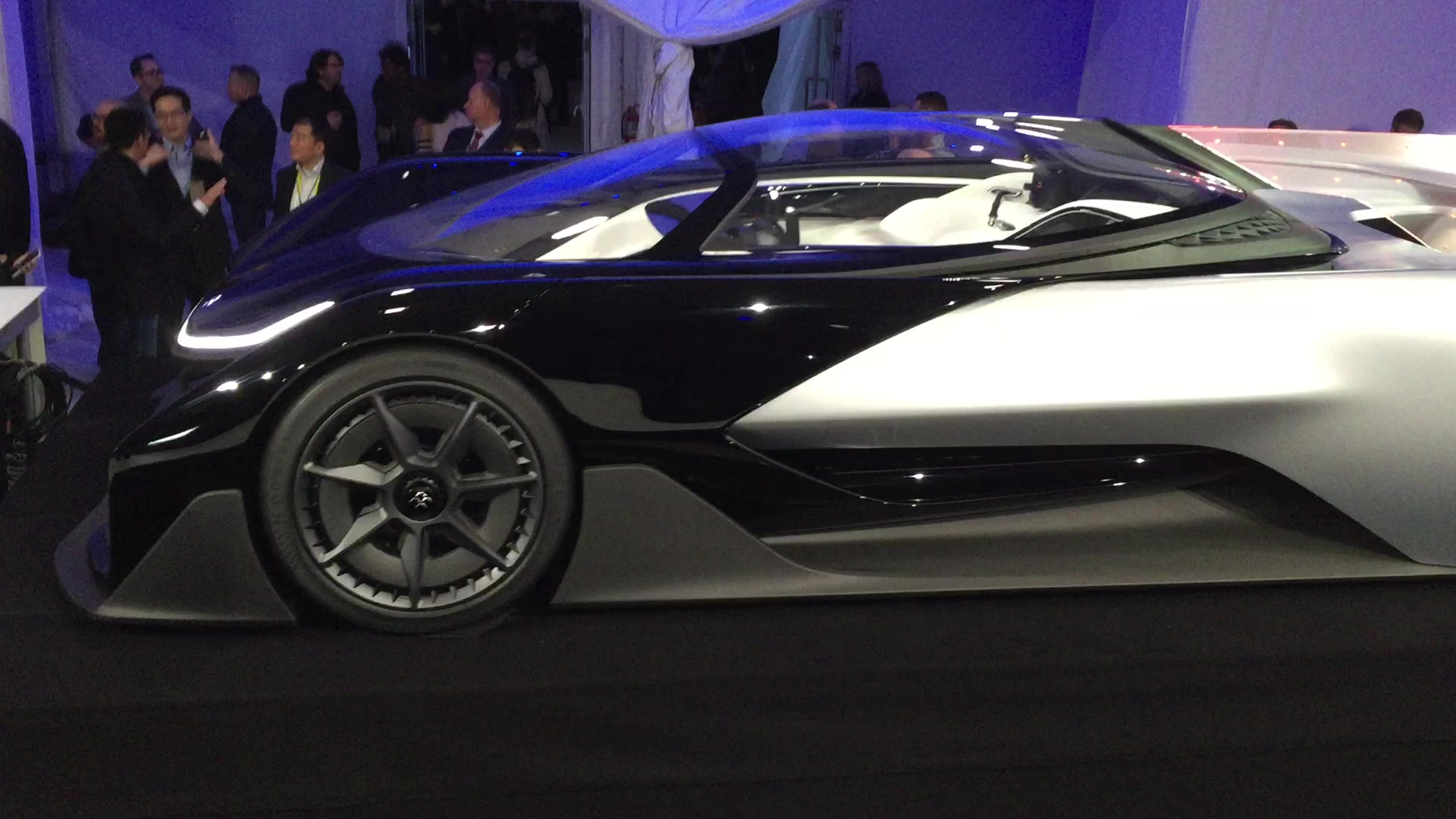