LG reached a six-year agreement last year to be a parts supplier for the Bolt.

Danny King
General Motors is counting on the American public to get super "charged up" about the Chevrolet Bolt electric vehicle slated to go on sale later on this year. About 6,600 miles away from GM's Detroit headquarters, however, LG Electronics is already getting their proverbial motors running. This month, the South Korea-based company is starting to ramp up production of a bunch of parts made especially for the EV, the Korea Times says. LG is mass-producing about a dozen different parts for the Volt, including electric motors, inverters, and infotainment systems.

LG, which makes the components at its three-year-old Incheon Campus near Seoul, reached an agreement last October with GM to provide parts for the $37,500 Bolt for six years. While GM continues to be a little cagey about details like the exact release date (thought to be October), the car's 60 kilowatt-hour battery pack, which weighs about 1,000 pounds, is expected to provide more than 200 miles of driving on a full charge. By comparison, the Chevrolet Spark EV's 19-kWh pack weighs about 500 pounds and produces an 82-mile single-charge range, so there are some weight-to-range efficiency gains between the two models.

A prototype version of the Bolt made a good impression on the folks at Car and Driver, who had the chance to take a 50-mile test drive. The car, which is and will continue to be compared to the Tesla Model 3 because of their respective price-points and single-charge ranges, generated kudos for its roominess. And while Chevy has said the Bolt will be able to scoot from 0 to 60 miles per hour in less than seven seconds, Car and Driver said the car felt quicker than that figure would indicate.

And like Tesla, Chevy is looking further into self-driving technology, and will involve the Bolt in that process as well. According to the International Business Times, Chevy is starting to test a self-driving version of the Bolt, which is being shipped to Arizona for such purposes. Think of it as "Car and Driver-less." 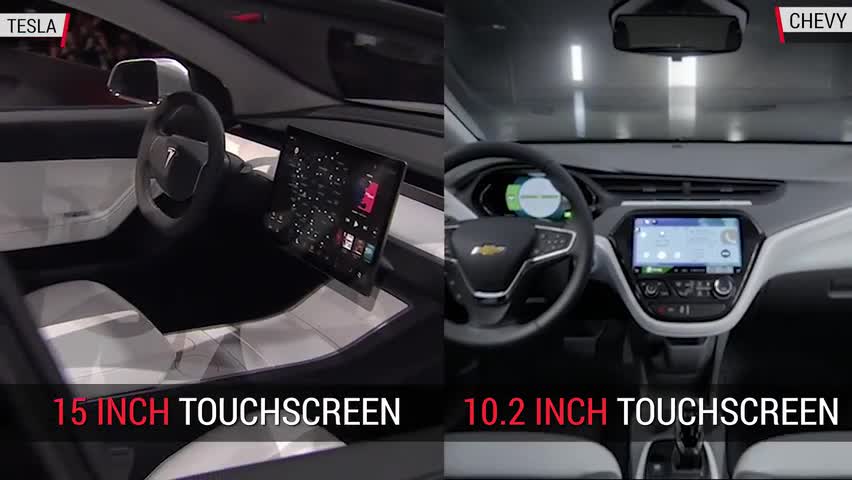