We tried the Whopperito, the burger that fits in your cup holder

David Gluckman
I ate a Whopperito so you don't have to. But you might want to. We'll get to that. It was not undelicious.

For those who don't know, the Whopperito is the latest identity-crisis product to hit fast food, Burger King's attempt at a Mexican-inspired version of its classic hamburger. The sesame seed bun is replaced by a flour tortilla, the flame-broiled patty gets seasoned and crumbled, and the veggies are just kind of stuffed in there. Everything is covered in an orangey spicy cheesy sauce.

Before we eat, let's talk about that name. While it does sound like a decent mash-up of Whopper and burrito, in Spanish it actually would translate roughly as "little Whopper." Which it's not. A more appropriate title might be Whopperwrap, because aside from the tortilla and vaguely Mexican spices, it lacks traditional burrito hallmarks. But I probably wouldn't have left work on a busy day to seek out a Whopperwrap. Those marketing people know what they're doing. 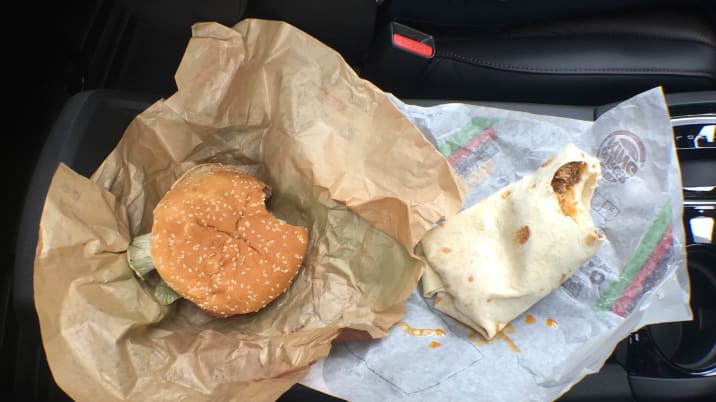 Like most burritos (and this is barely a burrito), the success or failure of any individual Whopperito comes down to the person doing the wrapping. The specimen you see here was relatively well packaged, with the insides staying inside and the outer casing more or less one continuous layer of sturdy tortilla. But the tortilla itself is slightly oversized for the amount of filling. I ordered a second Whopperito for more scientific testing (aka the Facebook Live video you can see above) and found that it was also neat on the outside but had a thick spine of tortilla down the center, separating the delicious insides into two pockets. What's happening is the tortilla is so big it's being folded over onto itself. No bueno. I get that Burger King employees aren't too practiced with the art of the wrap, and they might not get the chance given this item's limited-time-only-ness.

You want to know how it tastes, even if just to satisfy a morbid curiosity. Well, it's not bad, really. The first bite is a lot of tortilla, and subsequent scarfing tastes mostly of the orange sauce – Burger King calls it creamy queso in some places and taco sauce in others. Whatever this stuff is, it's delicious, and it would actually be great on other stuff. I would happily dip fries in it. The reference Whopper sandwich I bought tasted mostly of burger patty when I bit in, with some sesame bun of course. You don't really taste the vegetables on either, although the pickles do provide some texture relief in the otherwise soft 'rito. 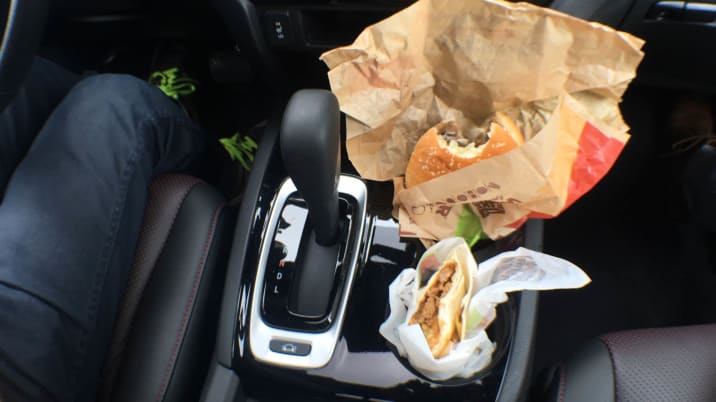 What does this have to do with cars, you may be asking. Good question! I picked up the Whopper and Whopperito at the drive-thru and ate them both in a car (actually a truck, a 2017 Honda Ridgeline Black Edition) to assess their relative in-vehicle-eating-friendliness. This is where the Whopperito wins hands down, or at least hand down, because you can hold it and shove it into your mouth with just one paw – none of that awkward dance of holding the wrapper with one hand to catch stuff falling off the burger while you eat it with the other.

While I don't recommend eating while driving (or doing anything else while driving) and I know that the sight of food in a car gets clean freaks bent out of shape, I acknowledge that drive-thrus wouldn't be so popular if people didn't eat in cars. My hypothesis was that the wrapped burger would be easier to eat without making a mess and that held true. I also discovered that, between bites, the Whopperito stows very nicely in a standard-issue cup holder. It's perfect for the active professional on the go who needs a 570-calorie concoction with lots of carbs! When I tried putting the sandwich into a cup holder, it turned into a Whopper taco of sorts. Not the good kind.

The Whopperito is worth a try for those seeking the novelty, and it did take me directly to flavor country, but I don't think it ventures far enough into burrito territory. Adding some spice and swapping cheese food for cheese food sauce isn't exactly a reinvention of the hamburger, and like I said, it's more of a wrap, and not always a well-constructed one. But it's cheaper than a Whopper and has more protein, so there's that. Get yours while supplies last. 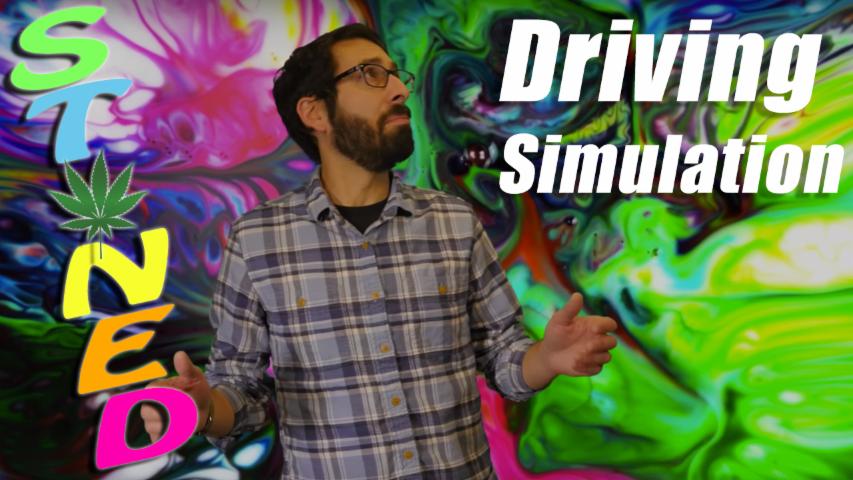