Older gas-powered vehicles would be legal thanks to a 'grandfather' clause.

Danny King
A proposal unveiled this spring that would ban new gas- and diesel-powered vehicles in the Netherlands after 2025 has not died. In fact, it's gained political traction. Jan Vos, a member of the Labour Party that made the proposal, says the legislation has been passed by lower parliament, and is "likely" to be ratified, according to Yale Climate Connections. The laws would apply to any sales of gas-powered vehicles, meaning that hybrids and plug-in hybrids would also be illegal in the not too distant future.

The law would grandfather in older vehicles, allowing them to remain on Dutch roads. Still, the plan is ambitious, and Vos allows that costs of new electric-vehicles would have to fall so that a broader range of citizens can afford such vehicles.

Vos also says the Dutch charging infrastructure needs to become more robust. Thankfully, there's progress. According to the European Alternative Fuels Observatory (EAFO), the Netherlands is home to about 20,000 recharging stations, or almost as much as the UK and France combined. That means that the Netherlands has about eight times the number of charging stations, per capita, as the UK and France.

Oddly, plug-in hybrids appear to be making far better progress in the Netherlands than pure battery-electric vehicles. According to EAFO, the Netherlands has accounted for 30 percent of Europe's new PHEVs during the past 12 months, whereas the Netherlands' year-to-date share of Europe's EV sales is about three percent.

As for electric-vehicle models, the Tesla Model S has moved almost 900 units in the Netherlands this year, while Nissan Leaf sales totaled 412 units. No other EV model has sold more than 119 units in 2016. 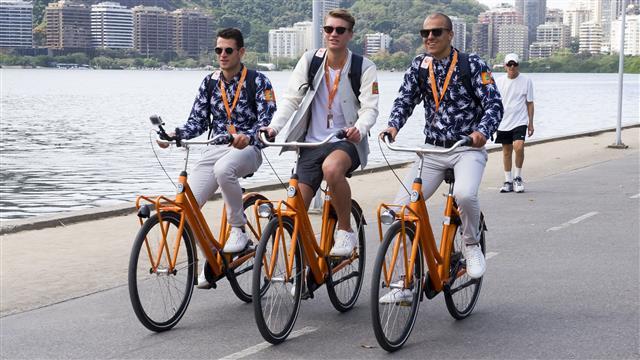