Company plans H2-station deliveries to the US by end of 2016.

Danny King
H2 Logic is touting a new hydrogen-refueling system that has enough capacity to almost match that of gas stations while cutting down space requirements. The company says its refueling stations can triple the refueling capacity of current hydrogen stations while reducing it footprint by about 30 percent, Green Car Congress says. There's no word on how much these stations cost to build, but H2 Logic says its first US deliveries will take place by year end.

H2 Logic, a division of Oslo-based Nel Asa that has delivered at least 10 stations throughout Europe, makes what it calls the CAR-200 dispenser. The product can dispense up to 100 kilograms of hydrogen in three hours. Given that the hydrogen capacity of a Toyota Mirai fuel-cell vehicle is five kilograms, that implies that about six or seven fuel-cell vehicles can be filled up each hour. Each dispenser can hold as much as 200 kilograms of hydrogen. H2 Logic says it can produce as many as 300 refueling stations annually.

The development still doesn't quite answer the chicken-or-egg question of what it will take to expand hydrogen fuel-cell technology to the masses, as the days of governments envisioning programs such as California's "Hydrogen Superhighway" are long gone. Through July, Toyota had sold just 270 of its Mirai fuel-cell vehicles in the US; Hyundai doesn't disclose sales or lease figures for its fuel-cell Tucson crossover.

There are 29 hydrogen refueling stations in the US, including 26 in California, and one each in Connecticut, Massachusetts, and South Carolina, according to the US Department of Energy. That compares with about 115,000 gas stations throughout the country. This spring, First Element Fuel said it will have 19 hydrogen-refueling stations operating throughout California by early 2017. Those stations were initially slated to be deployed by the end of 2015. 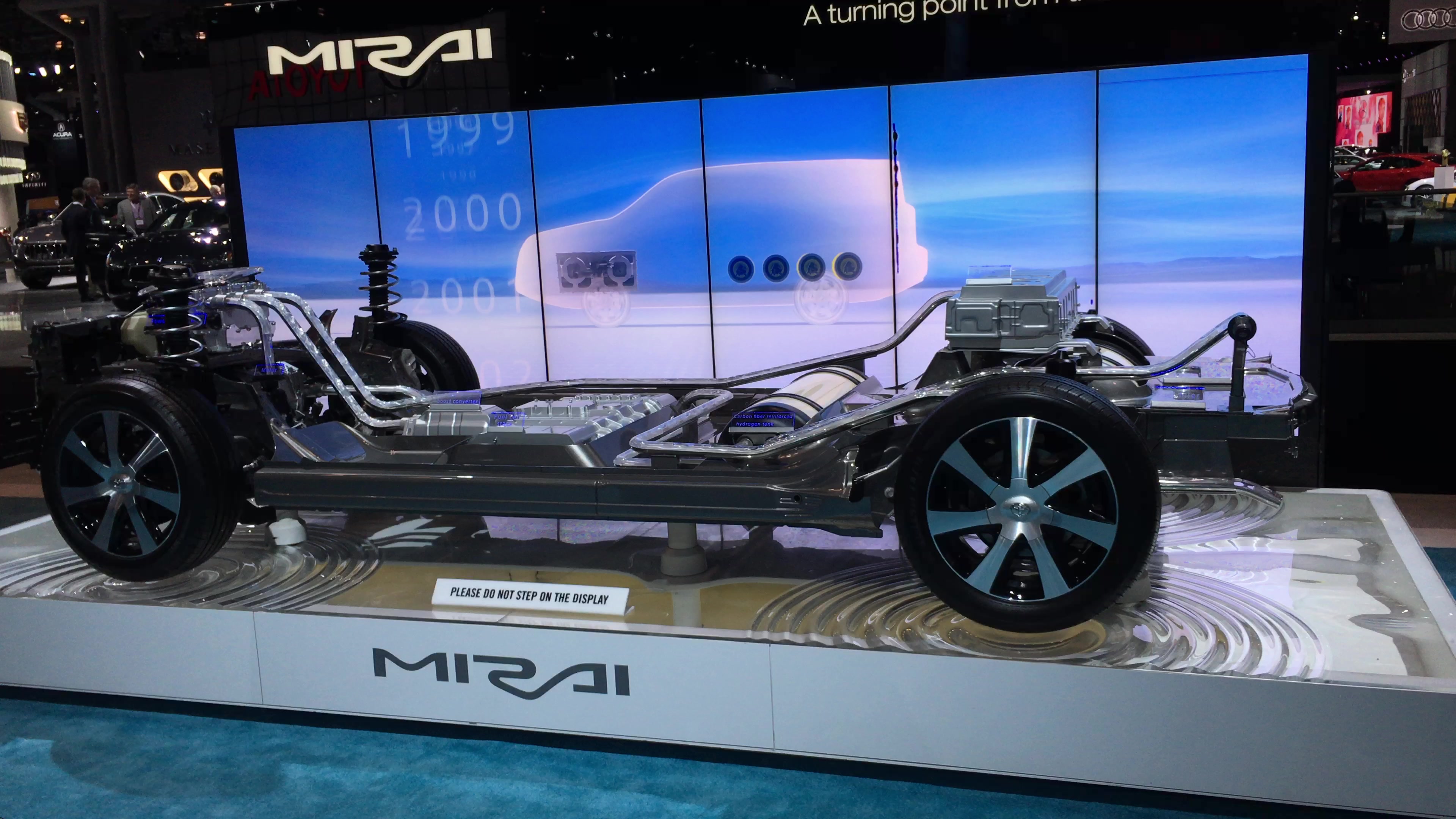