Erin Marquis
Two dogs are alive and looking for loving homes thanks to a pair of bystanders who refused to stand idly by while the pups sweltered in a dangerously hot car in Metro Detroit over the weekend.

Andrew Muszall and Briggette Manners were at the Southland Shopping Center in Taylor, MI, late Saturday afternoon when they saw a crowd forming around a car in the parking lot. Two dogs were lying in a car in obvious distress. Temperatures in Southeast Michigan approached the low 90s Saturday, but extreme humidity made temps feel closer to over 100 degrees.

"I walked up to the window and seen two puppies in the car. One white, one black. One was laying under the seat just panting real hard," Manners told WXYZ. Mall security tried to contact the owner of the vehicle, but after waiting an hour the dogs were in dire straights. Muszall told the station that he felt the need to act.

"Somebody had to get them out, I just couldn't take it no more," Muszall told WXYZ. Manners filmed as Muszall took a knife to the window to try to break the glass. Another bystander shattered the window with a golf club. The dogs are expected to make a full recovery and will be placed with a new family. The former owner was arrested and charged with misdemeanor animal cruelty.

A sealed-up car, as in this case, can quickly reach dangerous temperatures. The American Veterinary Association states temperatures inside cars can reach up to 40 degrees above outside temps. Cracking windows and opening sunroofs does little to help the situation, and the AVA suggests leaving pets at home instead of taking them along on errands.

Michigan state senator Curtis Hertel Jr. sponsored a bill in May that would create stricter penalties for people who leave animals in a hot cars. Under the new law, a motorist could receive a five-year prison sentence if an animal dies due to "heat, cold, lack of adequate ventilation, lack of food or water, or other circumstances that could reasonably be expected to cause suffering, disability, or death of the animal." 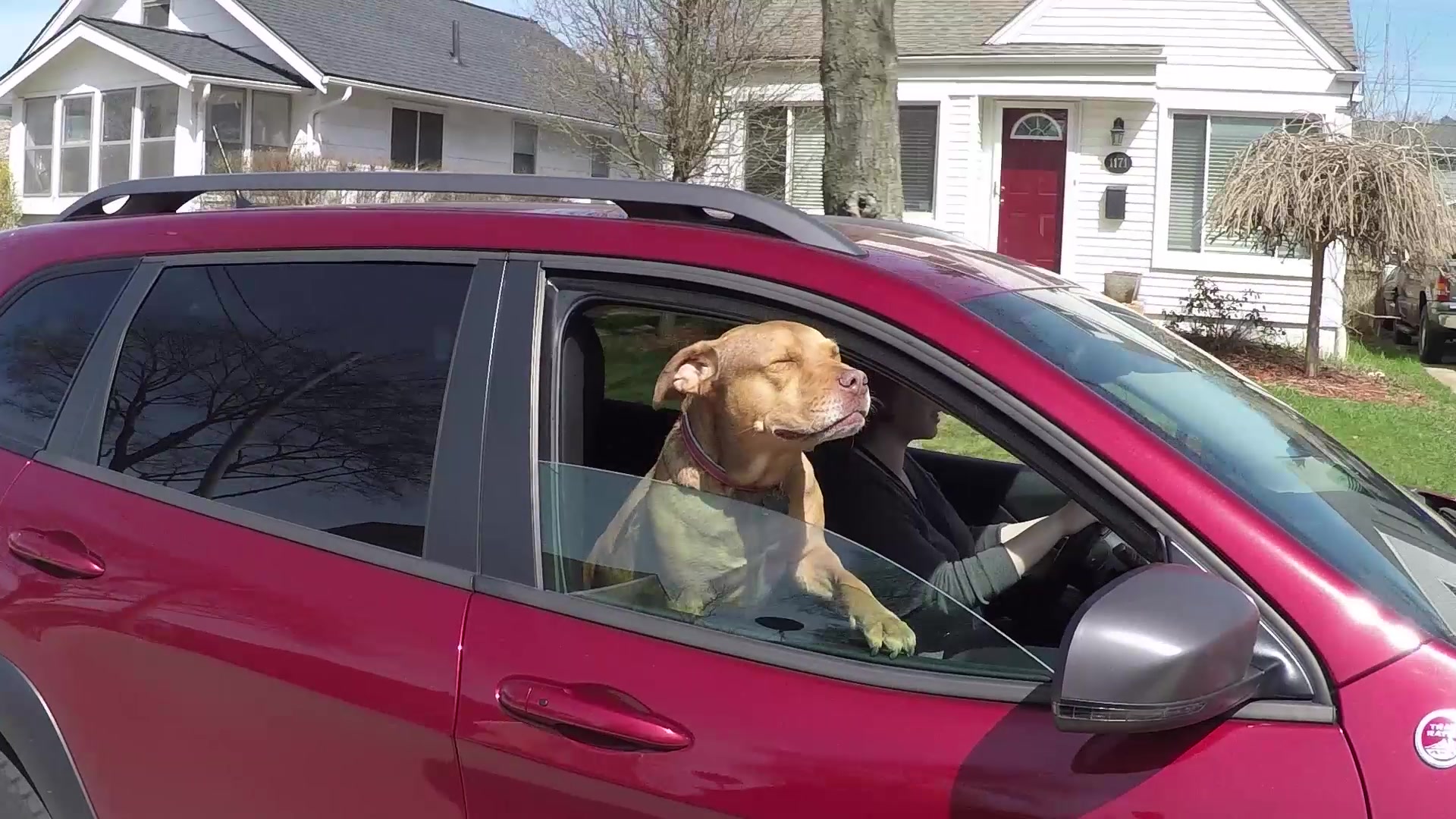