Volkswagen will use three platforms for its 30 new EVs

VW is also working on utility and economy-vehicle designs. Last September, former Volkswagen CEO Martin Winterkorn said Europe's largest automaker was planning on introducing 20 electric vehicles and plug-in hybrid models by 2020. Now, VW is looking to unveil as many as 30 electric-vehicle models by 2025, Automotive News says. A massive diesel-emissions scandal will do that to you.

VW discussed what it called its "Strategy 2025" program this week at Michigan's CAR Management Briefing Seminars. Volkswagen Group of America chief engineering officer Matthais Erb outlined how three EV platforms would be the base of those 30 models. Each platform would contain a flexible chassis and different sized wheelbases and track widths. VW is also working on a slate of utility vehicles and economy vehicles.

One of the three platforms, called the MEB (Modular Electric Toolkit), served as the bedrock for the Budd-e concept electric van. That model was shown off in January at the Consumer Electronics Show, and is slated to be able to go as far as 233 miles on a full electric charge. The Budd-e would feature flat batteries at the bottom of the vehicle as well as electric motors in each axle.

Volkswagen is pledging its resources to all things electrification as it looks to distance itself from the diesel-emissions scandal that broke last September and cost Mr. Winterkorn his job. In the US alone, almost a half-million VW diesel vehicles were found to have software designed to cheat the emissions-testing process. In late June, VW reached a settlement with US regulators that will require it to pay as much as $14.7 billion in the form of vehicle buybacks, lease terminations, and investments in zero-emissions vehicle technology. The company sure appears to be moving decidedly in that last direction. 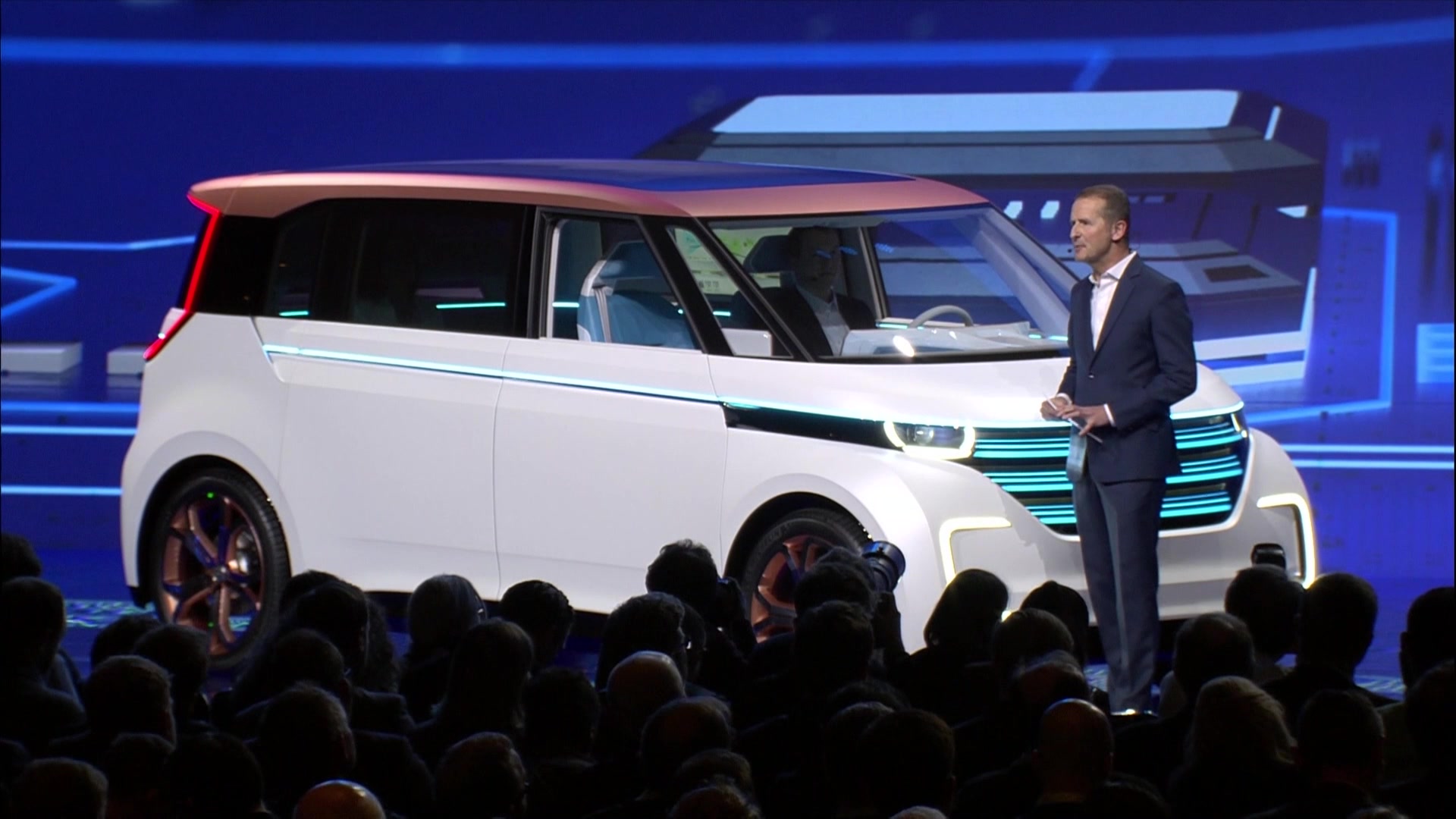