We can summarize the 2016 German Grand Prix in one sentence: Mercedes-AMG Petronas driver Lewis Hamilton started second on the grid, passed pole-sitter and teammate Nico Rosberg before the first corner, and dominate to the finish. In fact, Hamilton turned his engine power output down on Lap 3 and still took the checkered flag seven seconds ahead of Red Bull driver Daniel Ricciardo. 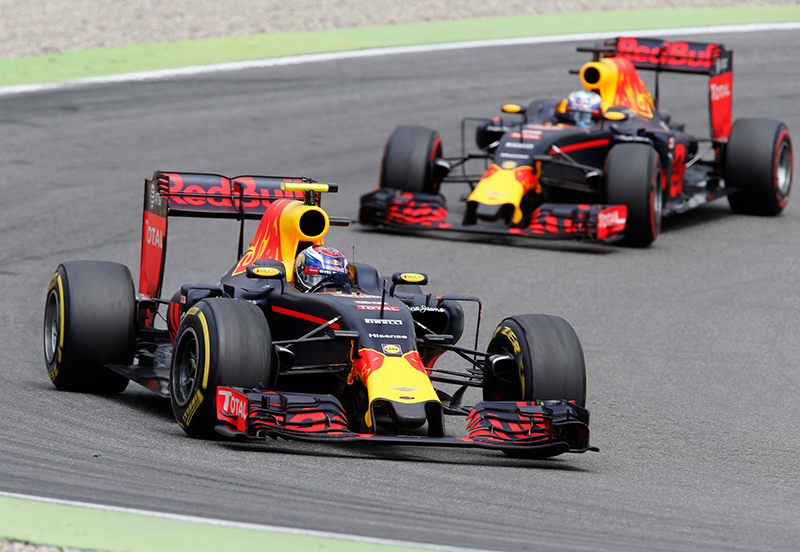 Ricciardo's teammate Max Verstappen crossed the line another six seconds back. Rosberg fell to fourth at the first corner and couldn't find the pace to reel in the Red Bulls. His questionable pass on Verstappen didn't help when the stewards penalized Rosberg five seconds; the overtake reminded us of Rosberg's move on teammate Hamilton in Austria. That penalty turned into eight seconds when the Mercedes-AMG Petronas stopwatch didn't work in the pits. Ferrari pilots Sebastian Vettel and Kimi Räikkönen finished fifth and sixth. Those six drivers all started in the top six, too.

Behind them, on Lap 28 of the 67-lap race the next four drivers were Valtteri Bottas in the Williams, Nico Hülkenberg in the Force India, and Jenson Button and Fernando Alonso in McLarens. Low fuel and old tires put the kibosh on Alonso's pace just four laps from the finish, allowing Force India's Sergio Perez to pass, rounding out the top ten. 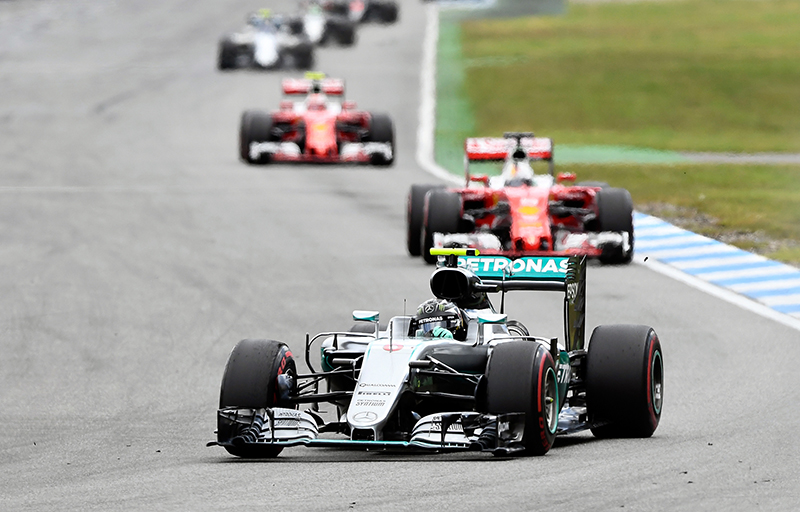 The issues up for debate during the four-week break are far more interesting than the weekend's race. As bad as Ferrari's day might have been – and we'll get to that – Rosberg probably took the biggest hit, losing the race before the first corner for the second weekend in a row and falling 19 points behind Hamilton. Rosberg won the first four races of the season, then the teammates tripped over one another in Spain. Hamilton's won six of the seven races since Spain, Rosberg's best result in that time is a second-place in Hungary.

Hamilton turned his engine down on Lap 3 (!) because he's used his entire season's allotment of five turbochargers and five MGU-Ks. Those early-season gremlins now have him on edge of grid penalties. Unless Hamilton's momentum cools off in August, however, that reliability danger might be the only dent in his armor. Rosberg, who once led the Championship by 43 points, will surely drown in his thoughts – and maybe schnapps – over the summer break. 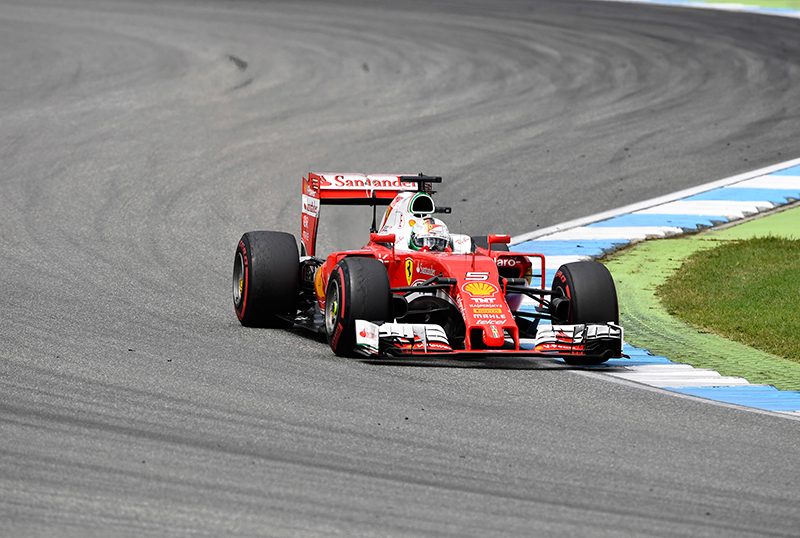 Whatever the Italian word for "meditation" is, there'll be a lot of it at Ferrari during the F1 summer break. In Hungary last week the scuderia trashed rumors that Technical Director James Allison planned to leave the team. Three days later Allison left the team, supposedly because of clashes with Fiat Chrysler CEO and Ferrari president Sergio Marchionne. At Hockenheim, a power track, Vettel and Räikkönen weren't anywhere near fast enough to catch the Red Bulls. We don't know how that gets better in just a few weeks nor how that changes with Mattia Binotto now in charge, promoted from his role as engine chief. During the German race Vettel rebuffed an order from his engineer to pit, when the team strategists had the unusual idea to try to undercut Verstappen while the Red Bull was eight seconds ahead. Almost everyone outside Ferrari has advice for the Italians, namely to give up on this year and dig in to next year's car. A month ago Ferrari called such a plan "crazy," but now the Italians would need to finish in first and second places at four of the next nine races just to catch Mercedes, and that's without Mercedes scoring another point. 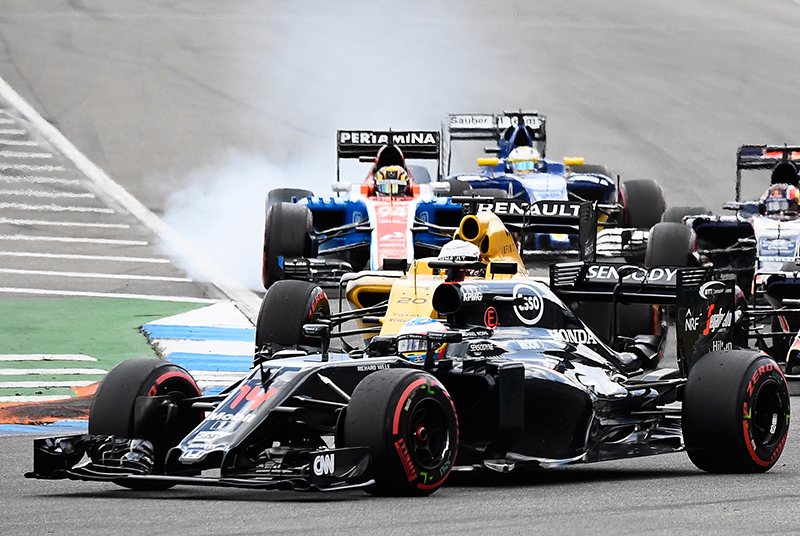 Williams' annual fade makes room for another midfield team, it could be McLaren stepping into the breach. Both Button and Alonso hung inside the top ten on merit, and both sounded relaxed over the radio. Alonso promised to pass cars after a pit stop, and when Button's engineer told him he could catch a slip-sliding Bottas, Button replied, "On my way!" We haven't heard that kind of confidence and insouciance from McLaren drivers in years. Let's not read too much into it – Force India outscored both McLaren and Williams – but it's good to hear some levity from the second-winningest team in F1. 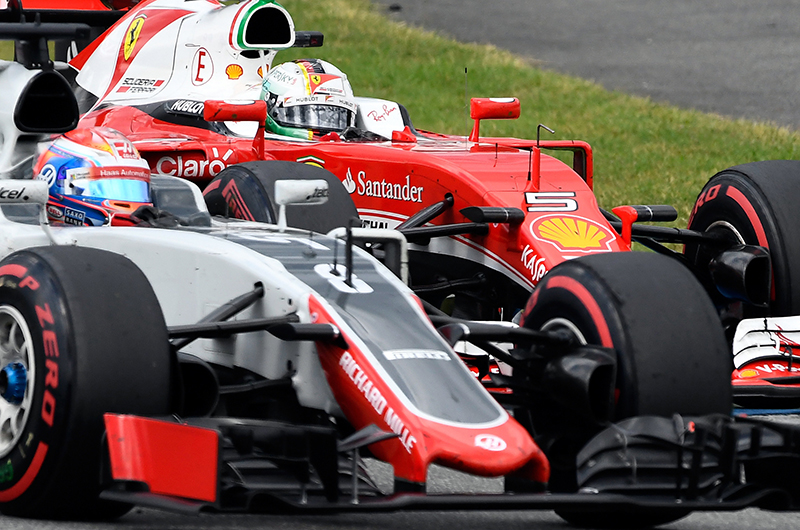 On the other hand, we haven't had any humor from Haas lately, with F1's newest team going pointless over the last three races. Drivers Romain Grosjean and Esteban Gutíerrez, and Team Principal Günther Steiner aren't dour about it, though. The performances are solid enough – especially for a first-year team finishing ahead of Renault, Toro Rosso, and Sauber. Gutíerrez's performances have improved (save for questions about his respect for blue flags), and it looks like the impediments to the team's success are minor glitches. Said Grosjean after this weekend's race, "There are a few things we need to unlock. We've got the potential in the car. We just need to put it all together."

Sergio Perez presents the final intriguing, unresolved matter. Force India has the Mexican under contract for 2017, but Perez says he's still sorting out his future with his management and sponsors. At some point this summer Perez posted a picture on his personal web site of him holding a piece of paper printed with the words, " Renault 2016." Then the picture disappeared. Renault says it's happy with Kevin Magnussen and Jolyon Palmer right now, Perez is clearly open to finding another paddock. Stay tuned. 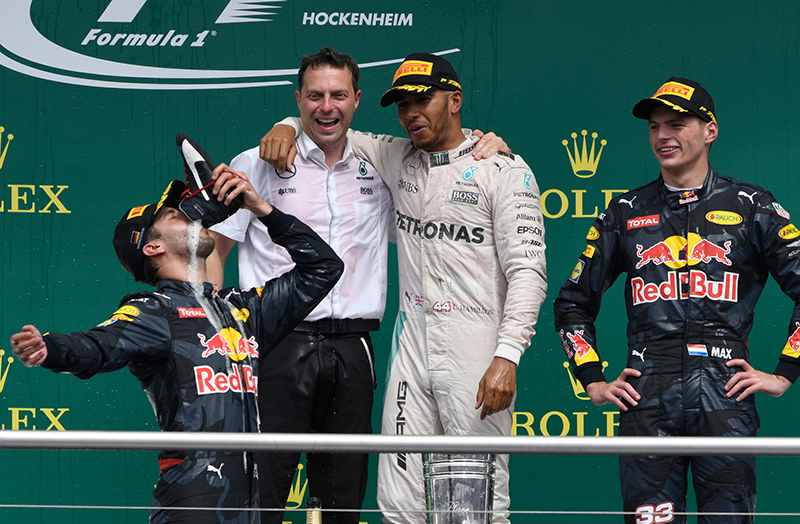 Hamilton's win – getting him two shy of Alain Prost – combined with Rosberg's fourth place puts the Brit at 217 points, his German teammate at 198. Ricciardo scored a bit more breathing room in third place with 133 points, followed by Räikkönen with 122 points and Vettel with 120, and Verstappen's closing in with 115 points.

Mercedes tightens its grip on the Constructor's Championship with 415 points. Red Bull goes clear of Ferrari with 256 points; it's the first time blue team's been ahead of the red team since the 2014 Abu Dhabi Grand Prix. Ferrari's in a desultory third with 242 points. Racing picks up again in Belgium on August 28. Enjoy the break, we'll see you then.