Joel Stocksdale
At this year's Geneva auto show, Morgan surprised us with a stunning version of the EV3, an electric iteration of the Morgan 3 Wheeler. Morgan had been working on the EV3 for a while, having previously shown a prototype, but the Geneva version unlocked the true potential of the car. The little retro-futuristic runabout looked like a streamlined 1930s racecar, and we couldn't wait to see where it would lead. Now we know.

Morgan's first production version of the EV3 takes the form of this Selfridges Edition model. Happily, the car brings over most of the sleek design features of the Geneva show car with minor changes. The car now features two lights in the grille, solid disc wheels, rear-view mirrors, a natty windscreen and splash-guards over the wheels. This model also doesn't seem to have the hard passenger seat cover and adds an additional roll hoop for the passenger.

Morgan will build 19 numbered models that can be ordered through the historic British department store. The company explained the collaboration came about as a way to celebrate the two companies, which were both founded in 1909. Each car will be furnished with a "miniature bronze plaque, bronze grilles and the best of British materials used in the interiors and hardware." We'll refrain from making too many jokes about British build quality. Morgan and Selfridges also announced that they will offer exclusive, specially numbered driving accessories designed by nine British fashion companies, but only for car owners.

Even if you can't get one of these EV3s, you will have a chance to win a trip for you and a friend to tour the Morgan factory, ride in a 3 Wheeler, and more. The contest runs until noon on July 26, and, as far as we can tell, is open to anyone, anywhere as long as you can get yourself to the factory on August 24 for the tour.

Morgan did not announce whether they will make more EV3s in less special, less limited trims. We certainly hope they will though, since we love the way it looks. In the meantime, enjoy the video above and check out the contest site here. 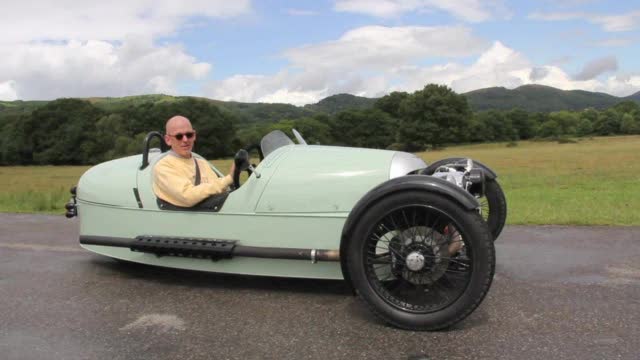