Erin Marquis
A man in Maryland crashed into a police cruiser this week all for the sake of catching them all. The crash was captured on one of the officer's body cams. In fact there were three Baltimore police officers standing on the side of the road next to a patrol car. Suddenly an SUV's lights rushed show up in the video and the vehicle slammed into the back of the patrol car. Startled, the cops jumped back from the curb.


#PokemonGO is not all fun and games. Here is a video of a distracted driver who struck one of our cars. #PlaySafe pic.twitter.com/kOTfbTcILo


The police ran down the block to where the SUV came to rest. The driver immediately got out of his vehicle with his cellphone still in his hand.

"That's what I get for playing this dumb ass game," the unnamed driver told police. All we have to say is, don't blame the game, blame the dumb ass who was staring at his phone while driving. He apologized to the officers, who were mainly concerned that everyone in the SUV was okay. CBS reported police did not say if the driver was charged with distracted driving, however Baltimore Police spokesman T.J. Smith gave a stern warning to other drivers.

"Pay attention to your surroundings. There are way too many people with their heads buried in their Pokemon."

Baltimore police aren't the only ones warning gamers about the dangers of driving while playing Pokemon Go. The National Highway Traffic Safety Administration sent out several tweets this week with warnings to Pokemon trainers, including one saying "Eyes up, Poké Balls down, people." It hasn't been all bad, however. Last week, a group of Pokemon Go enthusiasts rescued an unconscious couple from a moving car. And in case you weren't already worried about distracted driving, keep in mind that at any given time, 660,000 drivers are distracted on the road, according to NHTSA. 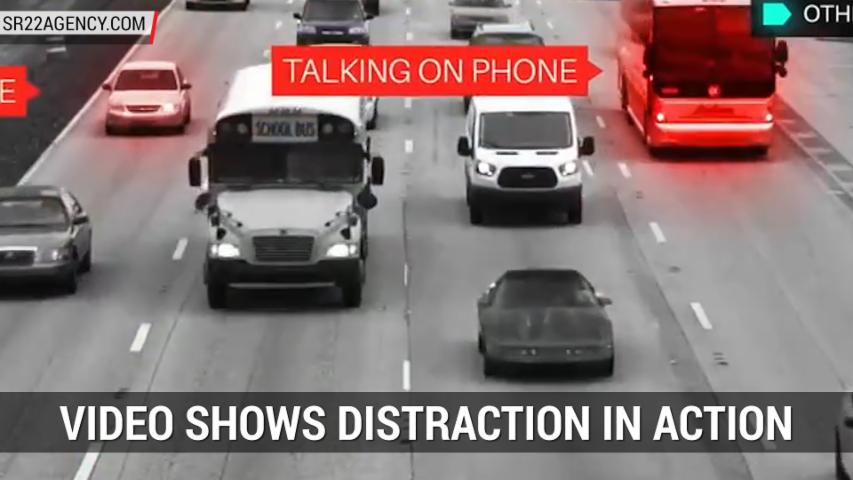