When turning left, be sure to turn right.

Matthew Borst
Visions of racing through forest dirt roads woke me before the sun to a cool, cloudy morning in northern New Hampshire. I had just completed my first day at Team O'Neil Rally School and was ready to take on my final day at class. That first day was an experience driven by growth in my ability to handle a Ford Fiesta beyond the edge of control. I had successfully learned to left-foot brake my way around a skid pad and through a slalom course in the little hatchback. So, I should have known what was in store for me to start my second day of class.

Every good story has a point when the protagonist has a major setback after making a slew of progress. This happens directly following an emphatic montage segment in your favorite movie only to find out the sports team / superhero / hack automotive journalist has an all new hurdle in their way to achieve their goal. My hurdle was confidence. While I knew deep down that there was no inner rally racing prodigy waiting to be unleashed, I wanted to prove to myself that I wasn't a shell of an automotive enthusiast who liked to write about cars but couldn't actually back it up with any driving acumen. I wanted to have fun at the school, but I also wanted excel at this endeavor.

After checking the forecast for the day, I learned there was a strong chance of storms that could roll in during the afternoon – perfect. For any other racing class, this would be a detriment. But for rally school, slipping and sliding is the name of the game. I knew I needed all the help I could get that day.


My driving partner had beaten me out to the school that morning, so we perused the grounds while snapping some pictures for this story and talking up how excited we were for what the day held in front of us. I could have just signed up for one day, but I committed for two in order to learn one thing: the Scandinavian Flick. This was the one skill I wanted to master in order to prove to myself that I had some real driving abilities beyond this passion for automobiles.

After a brief classroom stint, we were back in the Fiestas to refresh our slalom skills with which we had performed so admirably (or in my case, passingly) the day before. Unfortunately, an untimely early lift on the throttle on my second run caused my hatchback to spin out completely and my confidence went spiraling down the drain with it. Immediately, my old habits of Stabby McBrakes and Cone Hugger were back, and I felt like I had regressed numerous hours of training.

Thankfully, my instructors found ways to encourage me back to my late-apexing ways and before I knew it, we were on to learning that fancy maneuver. In theory, we were told the Scandinavian Flick is the fastest way around a sharp corner for rally drivers. But, in reality, you have to turn off all common sense in your brain in order to perform this move. For some reason, you want to turn right in order to turn left because that makes perfect sense to a rally driver – reason 17 of 3765 why I will never make it as one.

The short wheelbases of the Fiestas were perfect for getting the cars to rotate, but I was biding my time until I could get my hands on some AWD machinery. My wife and I drive a pair of Subarus to battle the harsh tundra of Minnesota, and I wanted to know exactly how to handle those vehicles beyond the limits of adhesion (for safety reasons, of course). There were a trio of late 2000's Imprezas alternating between late 1970's Audi Quattros waiting for us in a line after lunch. A sly grin may or may not have found its way across my face. 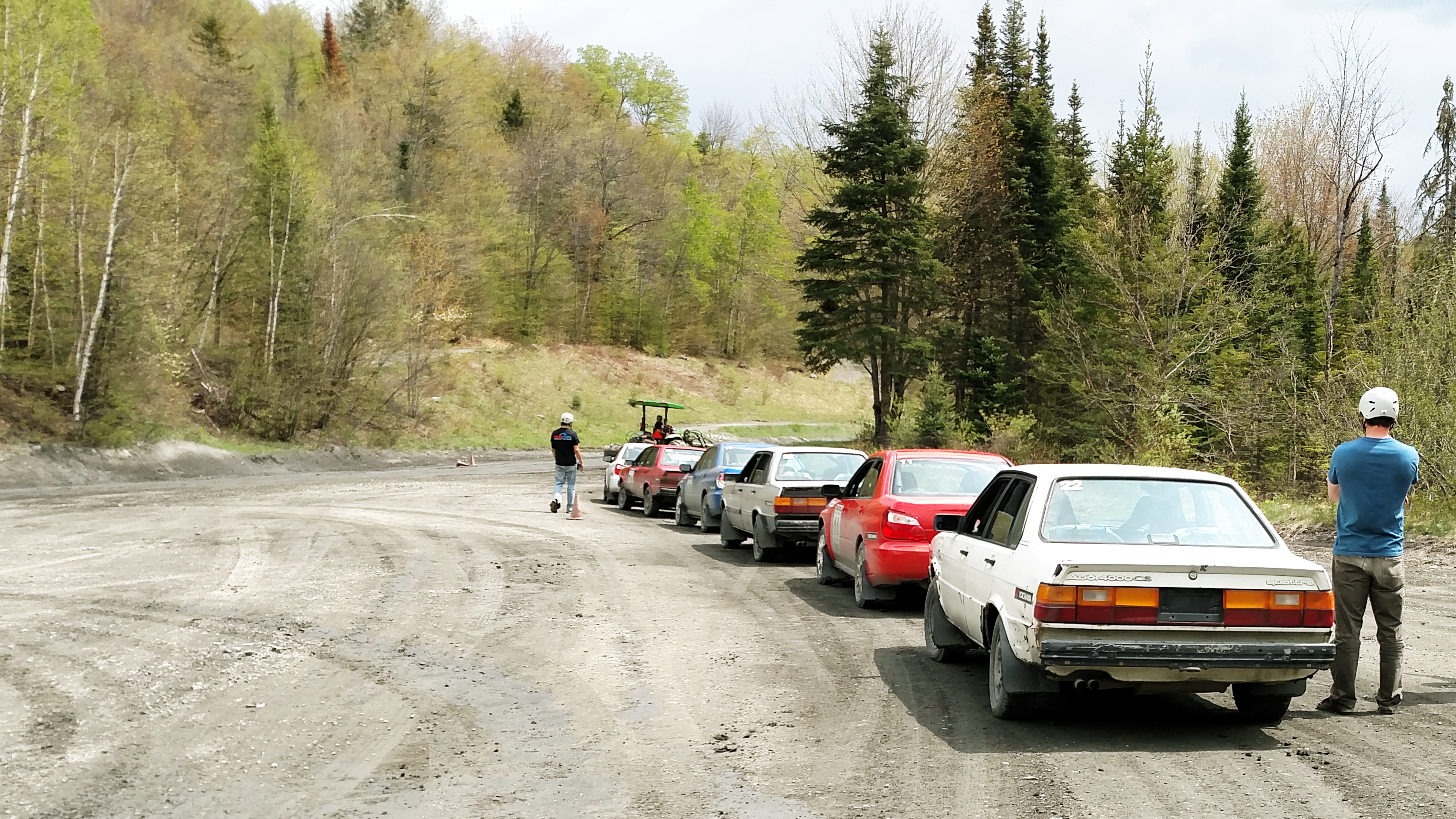 I quickly jumped into an appropriately STI-like blue Impreza and bid my partner to join. I paid extra careful attention to the instructor as he walked us through the turn, determined not to make the same mistake as I had earlier in the day. After a few runs, my confidence grew as the AWD-system amplified my intentions to rotate the vehicle. I quickly blipped the throttle into perfect turn after turn until we had to change cars all too soon.

Unfortunately, the Quattros are the blunt hammers to the Subaru scalpels. Getting the Audis to rotate meant mashing on the brakes and cranking the steering wheel with all the finesse of a body builder trying to open a childproof medicine container. All of my progress in the Impreza had to be recalibrated for this new machine. It wasn't simple like a video game, but it taught me that a good driver has to be able to adapt to any vehicle and another reminder why I will not be getting my rally license any time soon.

The skies began to darken and an expectant energy spread throughout the group. At first, just a few drops fell on the windshields as we went through practice turn after turn. But before class wrapped for the day, the heavens opened up its water tower and turned that light sprinkle into a serious downpour. The instructors stopped us, added a few cones to the course and took back the driver's seat. Our final runs of the day would be a mere taste of what was in store for those that had signed up for more days.


They drove us on a full loop around the training grounds one direction and then back another. I then slid the Quattro I ended up in back and forth around off-camber turns and tight esses with elevation changes. My eyes were opened even further as to why this sport appeals to so many. This was precisely why I signed up for the class. I have never been more appreciative of how much control I have of a vehicle when my front and rear wheels are pointing in perpendicular directions. I was also kicking myself for not signing up for another day (or three) of class.

I got back into the rental car with my wife at the end of the day and thanked her for encouraging me to go through with the class. I had proven to myself that I do have the skills to drive just as well as write about cars. I know that I overcame my hurdle of self-confidence and will no longer be reticent to just writing about my passion. I am now going out and living it. So, what are you waiting for? 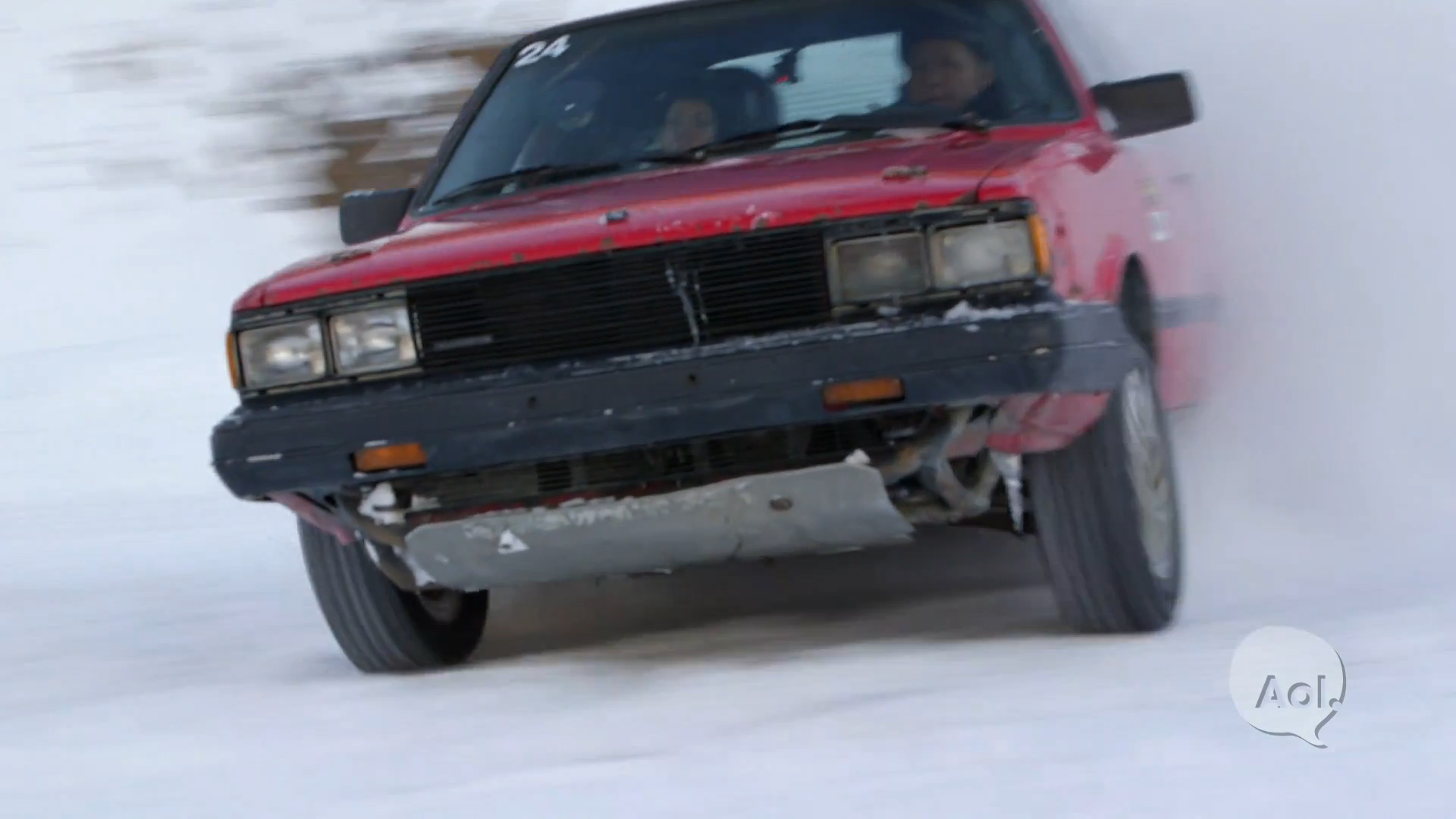