This vehicle will get you looks, if you're into that sort of thing.

John Beltz Snyder
As a supplier, Schaeffler has been doing some interesting things in the realm of electric and efficient mobility, and it often flies under the radar. This includes tinkering with actual transmissions for EVs, cylinder deactivation in small engines, stop-start and mild hybrid systems, electric axle and wheel drive hubs, reduced emissions concept cars, and even involvement as a team sponsor in the Formula E electric racing series. Schaeffler's latest innovation is even more off the beaten path – and onto the bike path – with a chimeral electric bike/car concept.

The Schaeffler Bio-Hybrid offers electric-assisted pedaling in a four-wheel format. Packaged as such, it combines the legal and some of the health benefits of a bicycle with the ease of a pedelec and the comfort of a car. With electric assistance up to 25 kilometers per hour (15.5 mph), it doesn't require a driver's license and can be used in bike lanes in many locales. It's about 31 inches wide, 6.5 feet long, and weighs 176 pounds. It has a portable battery system for easy charging, and can provide about 31 to 62 miles of electric assistance depending on the terrain and one's riding habits. The level of assistance is variable, and a regenerative braking system helps recuperate energy during the ride.

Schaeffler's concept features a stowable roof to shield the rider from the elements when needed, and having a wheel at each corner helps provide stability that the bike-shy will find appealing. The Bio-Hybrid also offers room for cargo, and even a +1 seat for a child passenger. Additionally, as smartphones and other devices have become virtually indispensible in our daily lives, this concept vehicle provides the simple connectivity many users will demand.

The Bio-Hybrid is built for existing urban infrastructure with the ability to take advantage of future infrastructure projects like bike highways. As such, Schaeffler places the concept into the realm of "micromobility," which Professor Peter Gutzmer, Shaeffler's Deputy CEO and Chief Technology Officer, admits is a bit of a tough nut to crack. "From the more recent past we know that consumers are very slow in adopting products such as unicycles, skateboards and micro vehicles like the [ Renault] Twizy," he says. "In the approach selected by Schaeffler, the focus was initially put on a new mobility idea that we'd like to put on the road with innovative technologies and solutions."

So what is it like to actually use? The Guardian's Damian Carrington got behind the wheel of the Bio-Hybrid, and found it to be a pleasant ride. The electric power gets you up to speed quickly, and the controls allow for smooth, easy operation. It also garners a lot of inquisitive looks from passers-by, if you're into that sort of thing.

Whether or not you'll ever be able to buy one is still up in the air. "We're going to closely watch the market and view a production launch as a realistic proposition," says Scheffler's Gutzmer. "Initial pilot applications in cities will be providing important findings for validating the integration of the vehicle into urban structures." 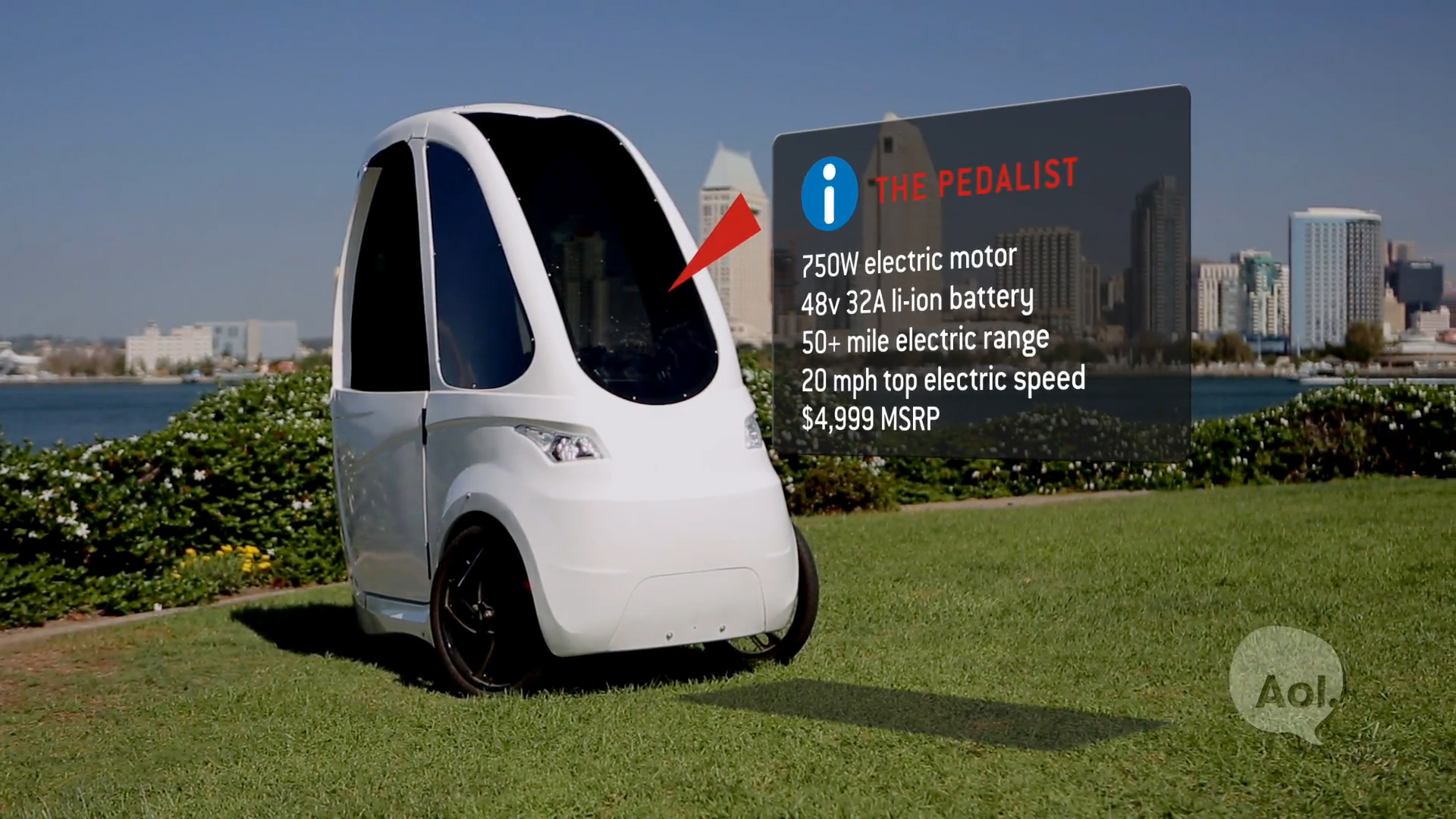