E-Wazuma electric recreational vehicle has motors in each rear wheel. What, you didn't think Maxim would write about the Toyota Prius Prime plug-in hybrid, did you? No, that publication of all things mas macho is profiling the E-Wazuma all-electric four-wheeled recreational vehicle. And, let's put it this way, the E-Wazuma will have more torque than a turbocharged 2017 Porsche Boxster S.

The quad is made by Nazareth, a France-based boutique vehicle maker. That company already makes the LM 847 quad powered by a 470-horsepower Maserati engine, and has also made quads featuring engines made by Ferrari and BMW.

The E-Wazuma boasts an electric motor inside both of its rear wheels, producing a combined 80 horsepower. The real surprise, though, is that the quad produces 361 pound-feet of torque. How someone is expected to hold onto the handlebars under full-acceleration mode is anyone's guess, but that's for the lawyers to sort out.

Lazareth hasn't released any details about when the quad will see the light of day or how much it will cost. There is some more information on Lazareth's website, but the copy is all in French.

These pages featured the work of Lazareth back in 2014, when we touched upon the Wazuma GT. That two-seat beast delivered 375 horsepower and 387 pound-feet of torque from its Jaguar-made supercharged V8 to the extremely close-set pair of rear wheels. Such power is indeed impressive for a vehicle that weighs less than 2,200 pounds. Lazareth said at the time that the vehicle was neither a car note motorcycle. Like the E-Wazuma, it was simply a fierce piece of machinery. 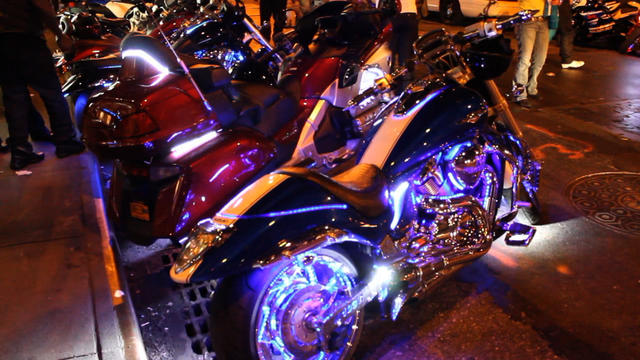