Police found a portable DVD player in the wrecked EV. Joshua Brown, the 40-year-old man that was killed in a crash while using his Tesla Model S' Autopilot system, was watching a Harry Potter movie when his car collided with a semi-trailer.

That's according to Frank Baressi, the trucker Brown hit. The 62-year-old told The Associated Press the Model S driver and former Navy SEAL was "playing Harry Potter on the TV screen" and that it "was still playing when he died." At the same time, the trucker admitted that he heard the movie, but didn't see it. According to Reuters, the Florida Highway Patrol found a portable DVD player in the wrecked EV.

According to Tesla, the Model S' Autopilot system is supposed to make frequent checks to make sure the driver's hands are on the wheel, and will sound alarms if they aren't. Go hands-free long enough and the car will even decelerate. But based on Baressi's account of the crash, it sounds like either Brown kept his hands on the wheel while watching Harry Potter or the car didn't slow down. Baressi told the AP the Model S "went so fast through my trailer I didn't see him." Tesla didn't indicate if speed was a factor in the crash.

Brown was a staunch supporter of Tesla and his Model S' Autopilot system, claiming its automatic braking saved him from a collision back in April. In a video on the close call, Brown said the Model S was "Hands down the best car I have ever owned," The Detroit Free Press reports. But in Brown's crash, the Autopilot on the Model S couldn't distinguish between the white trailer and the bright sky.

While the National Highway Traffic Safety Administration continues to investigate the incident, Brown's death should serve as a reminder that so-called Level 2 autonomous systems might have "autonomous" in their name, but they're far from fully driverless cars. According to NHTSA, Level 2 systems like Autopilot automate "at least two primary control functions designed to work in unison to relieve the driver of control of those functions." Drivers still need to be beyond the wheel and paying attention. 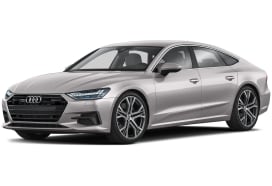