View All Specs
Let's start with the obvious elephant in the room: The new 2017 Audi S5 looks mostly like the model it replaces. Is that a bad thing? We headed to Portugal to test out the S5 on that country's serpentine back roads, and to see if there's something more substantive behind its evolved exterior.

Only compared to the decidedly more evocative Mercedes-AMG C43 Coupe does the svelte S5 come across as a little frumpy. It takes parking the new S5 next to the old one to spot the details. A tweaked profile. A more pronounced belt line. A power-dome hood. Narrower A-pillars. The new S5 is different, but the same, in that grand Audi tradition.

Underhood, the differences are again evolutionary. The original S5 featured a 4.2-liter, naturally aspirated V8. A few years back, that was replaced by a supercharged 3.0-liter V6, which in turn has been supplanted in the 2017 S5 by a turbocharged 3.0-liter V6. The turbo, a twin-scroll unit nestled between the cylinder banks, helps the direct-injection engine make a healthy 354 horsepower and 369 pound-feet of torque. That power, 21 hp and 44 lb-ft more than its predecessor, is channelled through Quattro all-wheel drive. 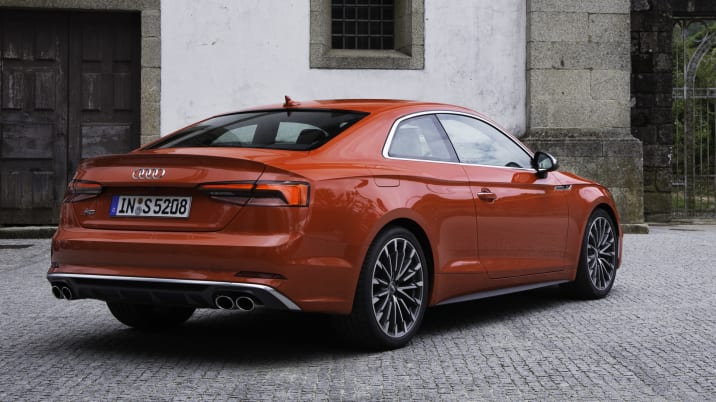 The newly developed V6 mates exclusively to a conventional eight-speed automatic, which seems like a step backward. Last year's S5 offered either a six-speed manual or a seven-speed dual-clutch gearbox. We pressed Audi and got the answer we expected: Demand for the stick was nonexistent outside the United States (go America!) and the dual-clutch couldn't handle the 44 pound-foot increase in torque.

Curiously, the A5 on which the S5 is based trades last year's eight-speed autobox for a seven-speed dual-clutch. It sounds like someone at Audi put the wrong transmission in each car, but in reality the S5's torquey engine is well-suited to the refined eight-speed. Kick the throttle, get into boost, and all four drive wheels scrabble for traction, especially on the wet pavement we encountered outside of Porto, Portugal. Punch the S5 to pass on a tight two-lane road and the sport exhaust roars with the kind of guttural growl we want to hear in a sporty coupe. It positively scoots.

Though its Volkswagen MLB 2 platform is new, the S5 rides and handles like a more refined version of its predecessor. Considerably less road rumble penetrates the cabin, and the S5 strikes a pleasant balance between grand-touring plush and sports-car firm. That's probably because our test car was equipped with the optional three-mode adaptive suspension system; base cars ride on standard non-adjustable units. 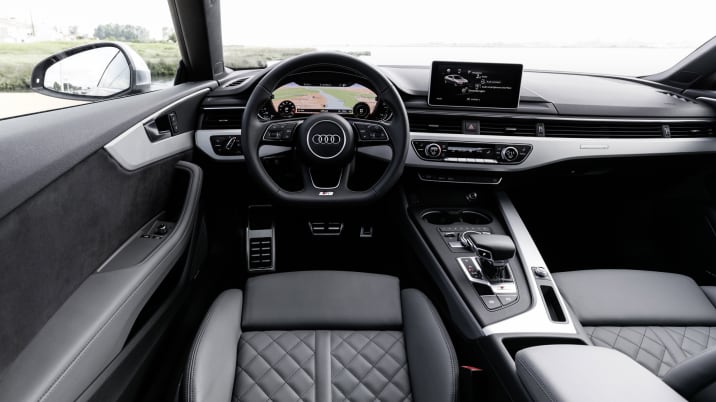 Comfort mode softened things up for rutted terrain, while Dynamic mode was noticeably stiffer. We preferred the "Auto" setting, which straddles a pleasant middle ground. In any mode, body lean is kept in check, but pushing the S5 hard reminded us that more weight sits over the front wheels here than in a BMW 435i. You'll get some push if you really shove the coupe into a corner, but the Hankook tires developed specifically for the S5 have respectable grip. In US trim, the car's curb weight should come in about 100 pounds lower than last year's model, which weighed 3,858 pounds; the quoted 3,560-pound figure is for a European-spec car.

The S5's cabin, like the C-Class's, feels an entire class above BMW's two-door. Material choices are excellent throughout and, for such a complex car, the switchgear is logically arrayed. Few buttons are on the dashboard itself, and a big, 12.3-inch Virtual Dashboard takes the place of conventional gauges and works brilliantly. The highly configurable screen never washes out in harsh light and can be set to display virtual gauges with the tachometer front and center or a host of trip computer and navigation functions. A secondary screen propped on the center of the dash for Audi's MMI Plus infotainment looks like an iPad but is controlled by a big center-console knob with a touchpad on its surface. More efficient software makes MMI Plus breezier to navigate than before. 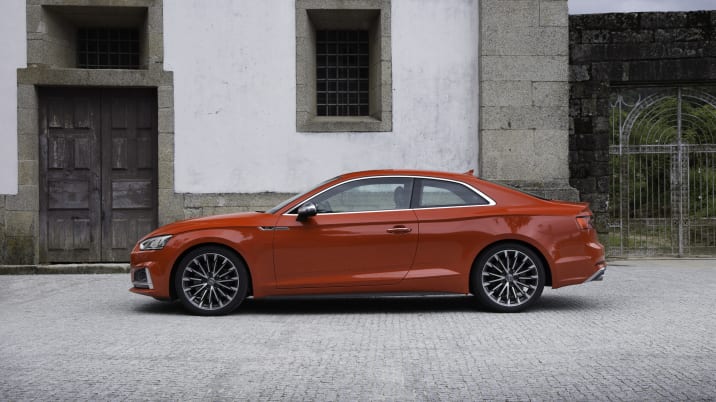 The cosseting doesn't end there, although we should note that adding all these luxuries will bump the price well above the estimated $55,000 base price. S5s will drive themselves for limited periods on the highway with an optional package, something we weren't able to test out since the drive was exclusively on narrow back roads that felt more like a rally stage at times than a rural highway.

That's the kind of terrain where the S5 should be driven: roads that bring to mind the hunting grounds of its sporty, Quattro-equipped predecessors. These roads were selected to flatter the S5, and they did, to the new coupe's credit. The Audi S5 carries on much of what we loved about its predecessor, staying the course conceptually but updated with a new platform, a bucks-up interior, and enough technology to intrigue even the most hardened technophile. 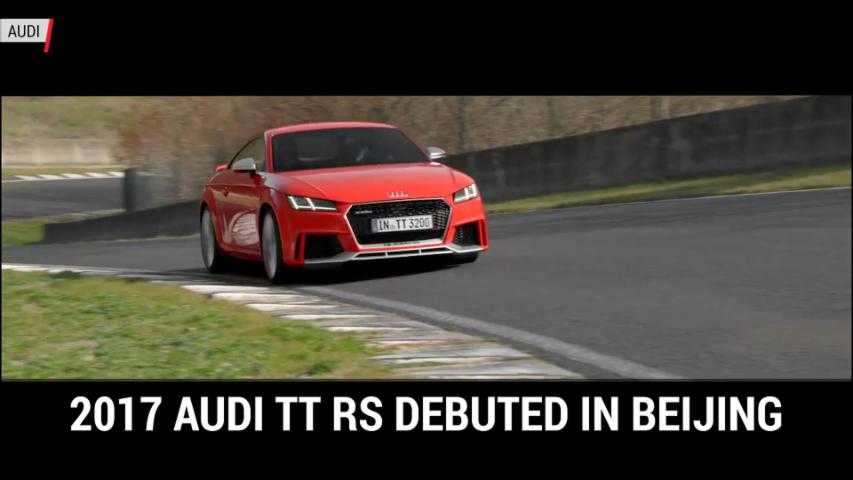 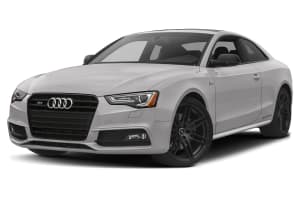