Polestar's optimized XC90 T8 is the most powerful Volvo yet Volvo has managed to get impressive output from its T8 Twin Engine hybrid powertrain. But if you're looking for more, Polestar is here to help. The Swedish automaker's performance division has announced an upgrade to the flagship XC90 resulting in the most powerful factory Volvo to date.

The standard T8 setup employs a 2.0-liter inline-four that plays every trick in the book: the engine is supercharged, turbocharged, direct-injected, and supplemented by an electric motor to produce 400 horsepower and 472 pound-feet of torque. But by the time Polestar is done with it, the powertrain kicks out 421 hp and 501 lb-ft. As a result, the crossover's 0–62 time drops from 5.9 seconds to just 5.5. Not too shabby for a big vehicle with a four-cylinder engine.

That may not be enough to keep pace with Germany's top performance crossovers, but it makes the Polestar-tuned XC90 rather competitive with the other big luxury hybrids on the market. Output by both measures trumps the Porsche Cayenne S E-Hybrid (416 hp/435 lb-ft) as well as the Lexus RX 450h (308/ 247). And while the BMW X5 eDrive (445/480) and Mercedes-Benz GLE550e (436/479) produce more power, the Polestar offers more torque than either.

Along with the bump in output, the Polestar Performance Optimization hones throttle and gearbox response, so it'll feel spritelier and hold a lower gear through corners. And to further sweeten the deal, the enhancements don't affect fuel consumption, emissions, or warranty, either. The package is being launched elsewhere right now and will arrive Stateside in October. We expect something similar will be offered on the new S90 sedan and V90 wagon. 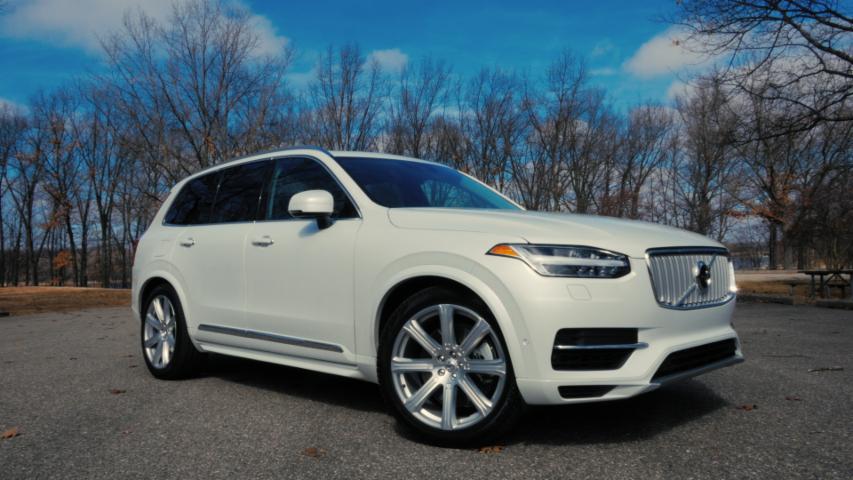 The new generation Polestar Performance Optimisation has just been released for the Volvo XC90 T8 Twin Engine, making the world's most powerful and cleanest SUV even faster and more inspiring to drive.

The new generation Polestar optimisation does not only optimise the engine performance, but rather the entire drivetrain in five key areas. By improving throttle response, gearshift hold, speed and precision, as well as overall engine performance, the XC90 T8 reaches a new level of driving pleasure.

"Just a week after the introduction of the S90 and V90 optimisation, we move forward by launching our optimisation for the exciting and technically advanced XC90 T8 Twin Engine. This gives customers who want a new level of driving pleasure with their XC90 an easily accessible and attractive performance increase," said Niels Möller, Chief Operating Officer of Polestar.

One of the main features of the new optimisation is the gear hold function that holds the selected gear during cornering at high lateral g-forces. This prevents unwanted gearshifts mid-corner that can unsettle the balance of the car, providing the driver with improved response and control during active driving.

"It is amazing for me as a racing and development driver to be able to work with the same kind of technology and philosophy for the XC90 as with my S60 race car. While an SUV like the XC90 might be far from what we usually work with, the core of the optimisation is the very same thing. It is about creating driving pleasure and usable performance, something I definitely think we have achieved," said Thed Björk, who drives a Volvo S60 Polestar TC1 with Drive-E technology in the 2016 FIA World Touring Car Championship.

All changes as part of the Polestar Performance Optimisation are made with certified emissions, fuel consumption, service intervals and Volvo warranties unchanged.

Read more about the five features of the new generation Polestar Performance Optimisation here and visit the Polestar model overview to see if your Volvo can be optimised.