Electric vehicle fans who are also Smart Fortwo fans have had reason to complain these past few years. After all, Daimler thought it was fine to keep selling the older, third-gen ED while the new, fourth-gen Fortwo was still cruising the streets. This is about to end.

There's also some good news for American Smart electric fans. The new Fortwo Electric Drive (ED) is going to launch in the US ahead of its appearance in Europe. There's no reason to wonder why Daimler is pushing its electric models here. The company says that "around 25 percent" of all the Fortwos sold in the US in recent times were ED models. The electric Smarts use a battery made by the Daimler subsidiary Deutsche Accumotive and use an electric motor made in Renault's plant in France.

While we know pretty much what the new Smart lineups look like - since the gas models preview the changes from the last gen. The electric ForFour and carbio models will debut at the Paris Motor Show in the fall. We've got a review of the gas-powered Fortwo here. 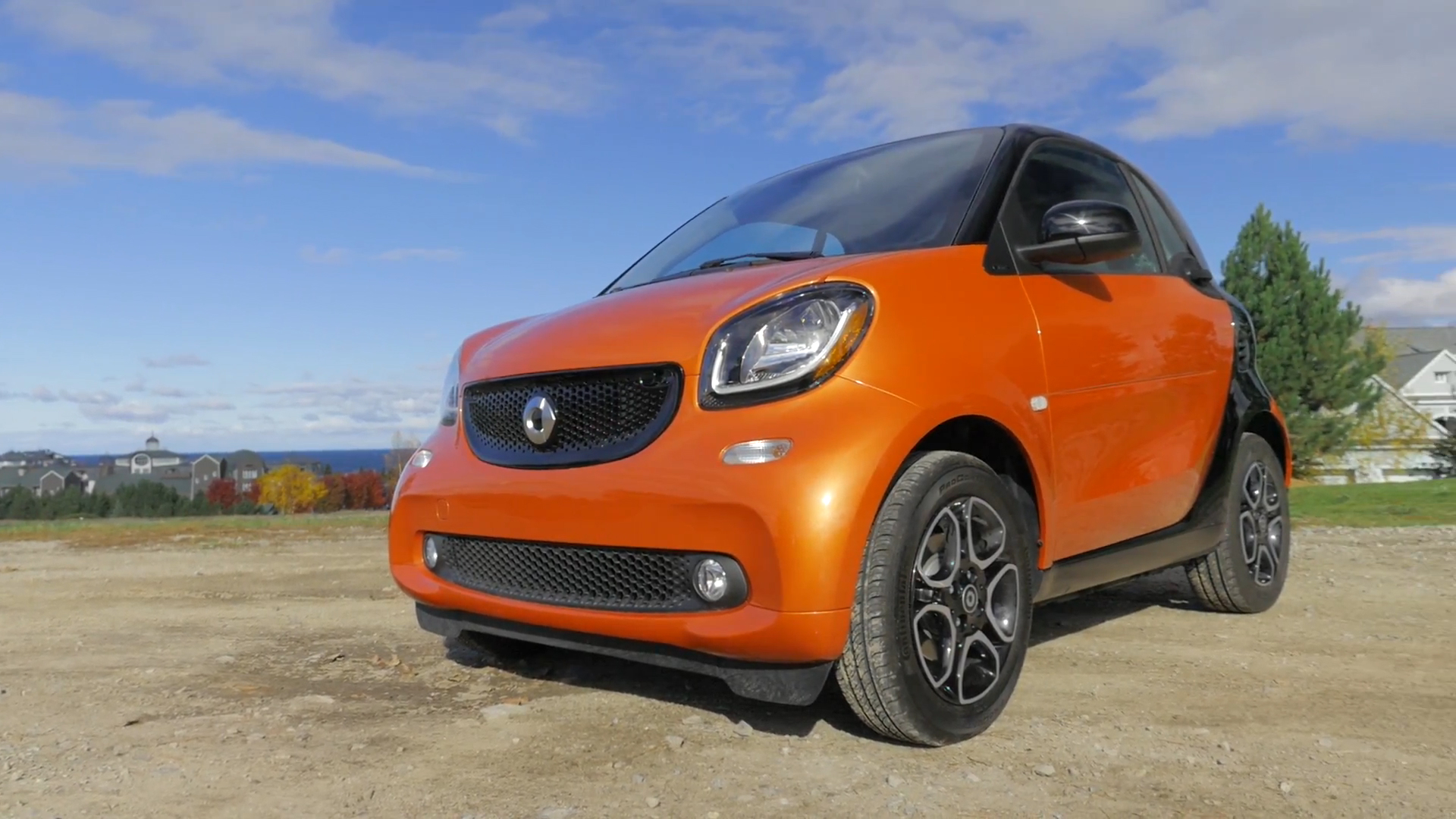 The new smart electric drive makes opting into electric mobility easier than ever. Soon zero-emission driving fun can be experienced not only in the smart fortwo coupé and smart fortwo cabrio, but for the first time also in the four-seater smart forfour. In future smart will be the only car manufacturer worldwide to offer its entire model range with both combustion engines and pure battery-electric drive. The new electric smart family will be celebrating its world premiere this year at the Paris Motor Show.

"smart was designed for electric drive right from start and 'living electric' is our motto as an electric car pioneer", says Annette Winkler, Head of smart. "The launch of the new generation smart electric drive is imminent and, needless to say, for our whole product portfolio, the fortwo, the forfour and our cabrio, which enables electric driving to be experienced particularly intensively. The perfect car for the city is getting the perfect drive for the city, enabling our customers to experience unique driving fun at extremely attractive and affordable prices, especially in those countries where a buyer's premium has been granted."

The driving characteristics will be as agile and lively as ever. The ultra-small turning circle also contributes to this, and at 6.95 metres for the two-seater it corresponds precisely to that of its sibling with conventional drive. And every wish will be catered to with regard to colours and optional equipment – electric driving at smart offers maximum scope for customisation.

The smart is equipped with a battery from the Daimler subsidiary Deutsche ACCUMOTIVE. The company based in Kamenz, Saxony, has been building the electric heart of the smart electric drive since 2012. Entering the new field of business with stationary battery storage also opens up interesting synergies for smart electric drive vehicles. For example, the innovative replacement part and second use storage concept offers great potential for sustainable mobility (see section on "stationary energy storage").

After the world premiere in Paris, the new smart fortwo electric drive will be launched in the USA before the end of the year, where most recently around 25 percent of all smarts sold had battery-electric drive. This will be followed by market launch of the two-seater and four-seater in Europe in early 2017.

With the start of the first electrically driven test fleet in 2007 in London, smart also took on a pioneering role in the field of electric mobility when 100 smart fortwo electric drives took to the roads of the British capital – with great success.

From June 2012 the third generation smart fortwo electric drive also succeeded in winning wide-ranging buyers for its innovative and forward-looking drive concept. Moreover, in 2013 the smart fortwo was the first all-electric vehicle from a European importer in China. In Germany, the electric smart established itself as the market leader among battery-electric vehicles within a very short space of time with a market share of around 40 percent and was able to maintain this position for three years in a row.

The smart electric drive also contributed to the success of the brand as part of the car2go fleet with 1,400 cars in three cities. As car2go vehicles alone, the smart ed has covered more than 35 million km in demanding everyday usage since the launch.