Mini Clubman All4 Scrambler Concept is the big Mini we want

Mini of Italy drew inspiration from the BMW R Nine T Scrambler for its adorable soft-roader. Mini of Italy built a butch version of the Clubman for the 2016 Valentino Park Motor Show. Called the All4 Scrambler, it's what happens when a Mini takes inspiration from a BMW R Nine T Scrambler motorcycle. We must say, we like this brutish little car.

The matte paint is Frozen Grey, a favorite of BMW's high-performance M cars, while the roof is black. There's a luggage rack up there, and the old-school leather suitcase in the cargo area looks like it'd be right at home strapped to the back of an touring bike like the R Nine T Scrambler. In fact, the best thing about this Clubman is the way Mini of Italy has blended the motorcycle's characteristics into a compact wagon.

The knobbly tires are more aggressive than the R Nine T, but the overall aesthetic effect is the same. The rubber looks sporty and, unlike the production Clubman, they do a better job of filling out the wheel wells. Add in the rally lights and It's a great look. It's harder to see in these images, but there's also a matte black applique on the front and rear bumpers, side sills, and around the wheel arches. It's a practical move, of course, but it's also makes for a nice, aggressive effect.

Mini's tweaks in the cabin are modest. The Nappa leather and Alcantara upholstery comes in a rich tan shade meant to mimic the R Nine T's seat. It looks so good we wish Mini offered some version of the color on the production Clubman – every car should have a tan leather option. The headliner gets an Alcantara finish, too. Overall, Mini of Italy has built a handsome, production-based concept. Buon lavoro, I miei amici. 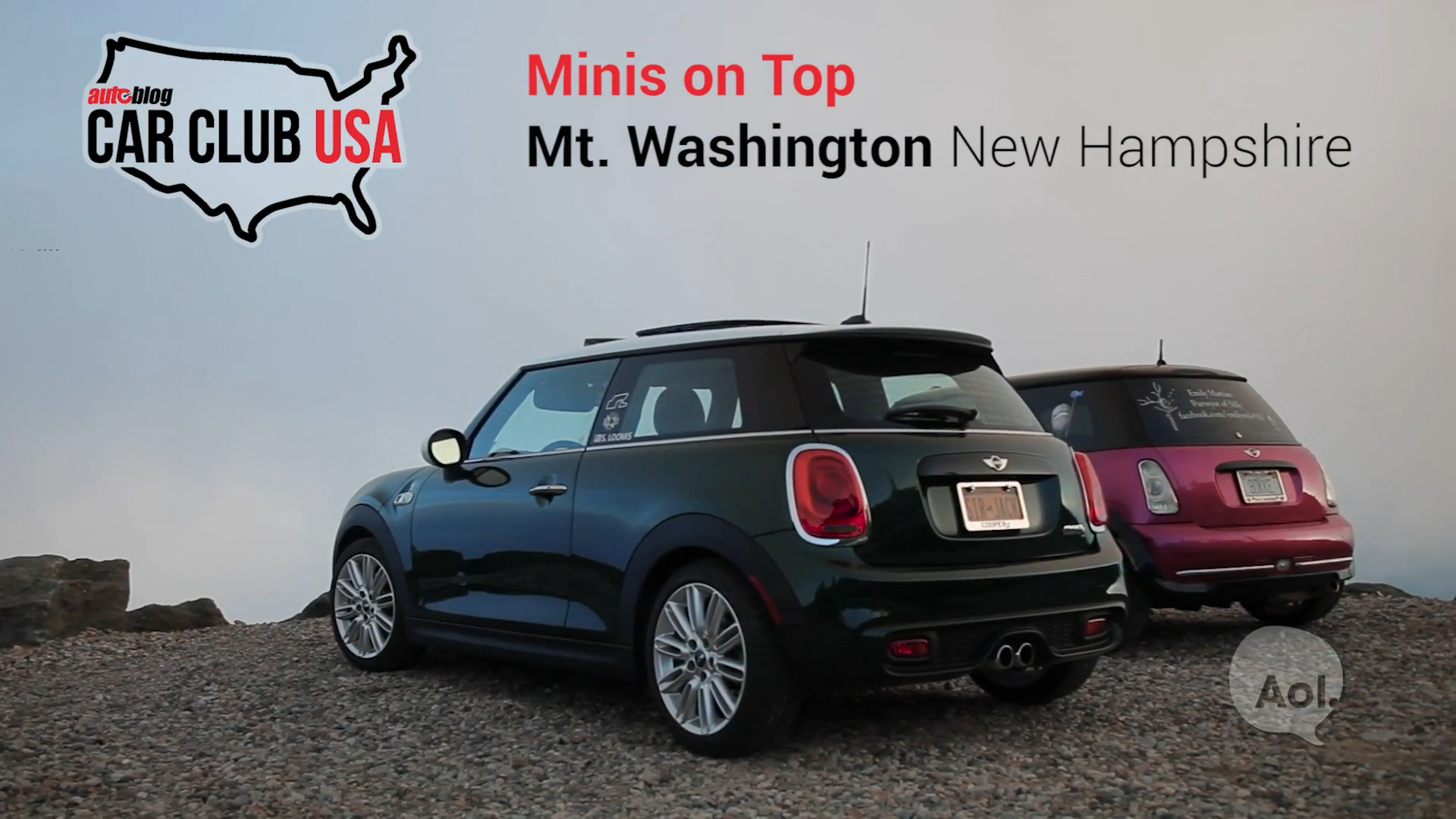 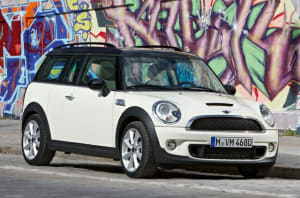