Electra Meccanica Solo EV will go 125 miles on a charge, seats one

Three-wheeled car will have 82 hp and will be a foot shorter than a Smart Fortwo. Take a look at the three-wheeled electric vehicle planned by Vancouver-based Electra Meccanica, and you might be tempted to rethink the old fable as "the little old woman who drove in a shoe." Indeed, the EV looks quite boot-like, and its makers are saying drivers will get a kick out of the car's pep and single-charge range. Or, should we say, driver, as the car seats only one. Hence the model name Solo.

The Electra Meccanica Solo is the creation of longtime car builders Henry Reisner and Jerry Kroll, who based the idea on the old Corbin Sparrow. It will cost about $15,300 when it sees the light of day (which might happen as soon as this July). The car does have 82 horsepower and top speed of 75 miles per hour, not to mention a single-charge range of 125 miles. The car is 120 inches long, or about a foot longer than a Smart Fortwo, and can be fully charged via a Level 2 charger in three hours. And while the car can only seat one person, the company's owners argue that about 90 percent of light-duty vehicle travel is done alone, so it's a smart purchase.


The 2016 EMV Solo is available in 4 colours! Pick yours at https://t.co/gOzvT5KtVy pic.twitter.com/WFLumpAjIh

What kind of demand this trike will generate to be seen. With a lot of used plug-in vehicles now on the market as their leases expire, a used Nissan Leaf EV, for example, can be had for as little as $8,000 in some locations. That's just over half the cost of a new Solo, and it seats five. Additionally, US-based Elio Motors is readying its own trike, a gas-powered two-seater that gets 84 miles per gallon and is slated to cost just $6,800 new. Nonetheless, Electra Meccanica says it has taken more than 20,000 refundable deposits for the Solo. The company sells t-shirts and tuques on its website, too, so it has that going for it. 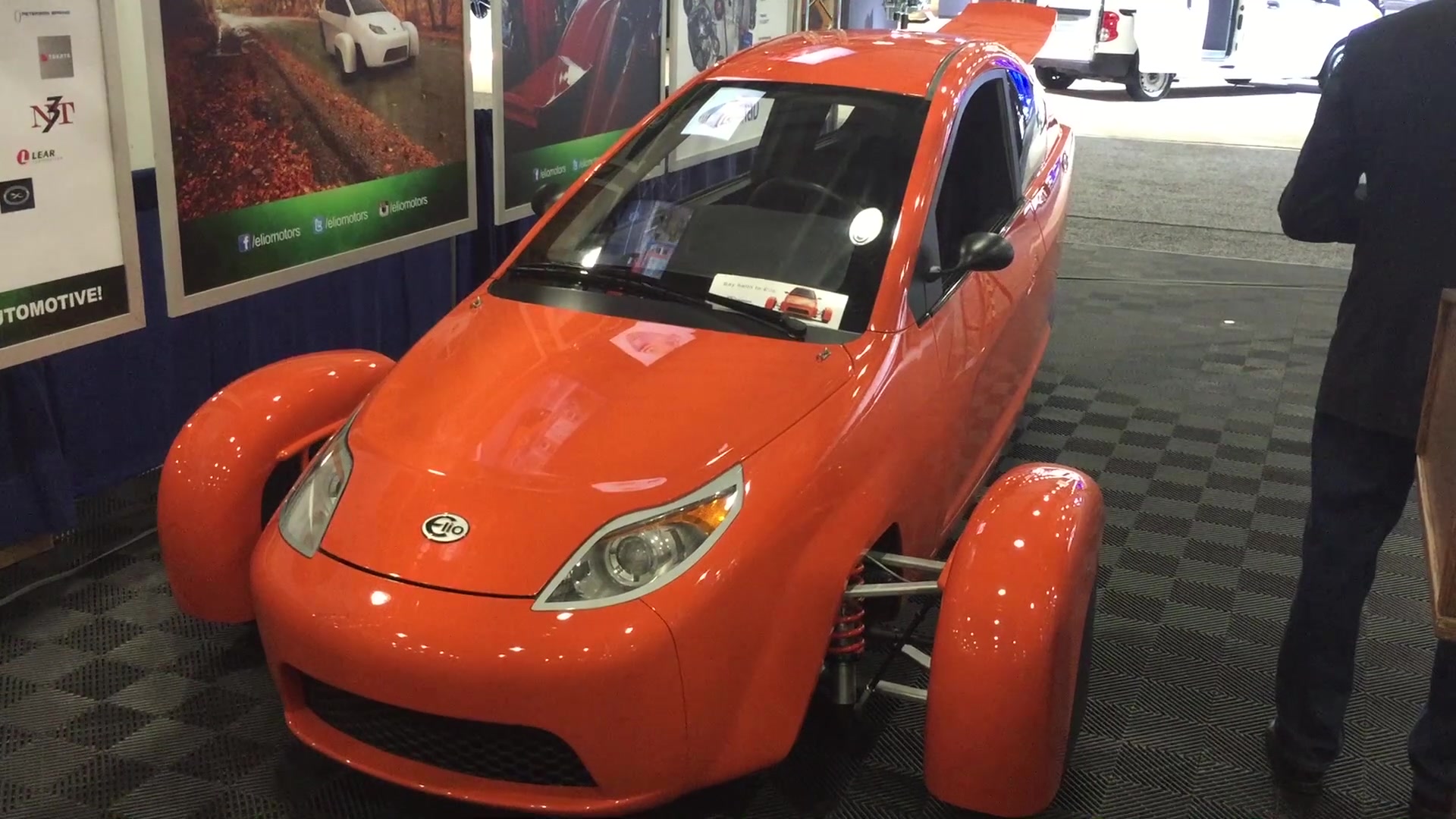