Brandon Turkus
Fiat Chrysler loves a movie tie-in. Remember the Stormtrooper-spec Dodge Charger we messed around with? Then there was the Jeep Renegade Dawn of Justice special edition, built for Batman v. Superman. And now, it looks like the company donated a misshapen Chrysler limo for the latest film in the Wolverine series.

Some movie-stalking paparazzi caught Hugh Jackman next to this odd vehicle, and you can see photos at Just Jared, a celebrity gossip site. The photogs were more concerned with the graying star, who's reprising his role as the adamantium-boned superhero for the ninth time including cameos, but we'll focus on the machine.

We can see the car's rear three-quarters and not a lot else. It looks broadly based on the 300, but much longer. The Chrysler winged badge is clearly visible on the trunk, while a retro script version of the automaker's logo sits on the rear pillar. There's also an unexplained "E8" badge to the right of the driver's side taillight. And as for those lamps, it's like FCA mashed together the current 300's taillights with those from a Cadillac CT6. The trunk and rear window are the strangest elements of all. We can't figure out what's happening with the tiny rear glass, the strange curve to it, or the tiny, sloping rear deck. It's ... not pretty.

From the rest of what's visible, it's clear this particular car is a limo of some kind. The front end has been modified with fat fender flares sitting over some big multispoke wheels, and the door handles have been shaved. Behind the B-pillar, it gets weird. There's a long stretch of glass and bodywork, and then a very small rear door. Ingress and egress would be tough, to say the least. There's a lot of brightwork, too, from the wheels to the thick chrome strip running below the greenhouse and onto the hood. A couple of the images give a glimpse into the interior, which is wholly different from that in the production 300.

We've embedded a tweet with some of the images below. But for the full gallery, you'll need to head over to Just Jared. 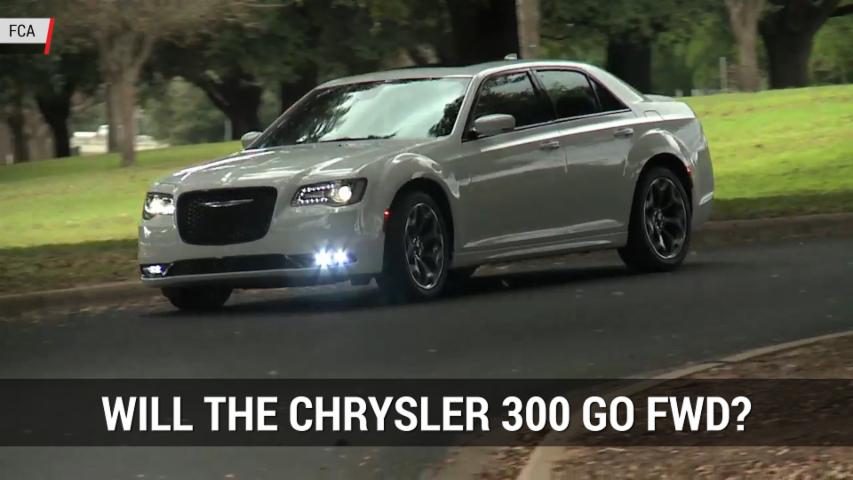