We want this Buick Regal wagon rumor to be true

GM mentioned the long-roof while showing dealers the 2018 Regal sedan.

Brandon Turkus
The car we know in the US as the Buick Regal is sold as a Vauxhall/ Opel Insignia in Europe, where it's offered in four-door sedan, five-door liftback, and wagon body styles. Call it a case of wanting what we can't have, but we like the last two body styles a lot. Based on a report from a Buick/ GMC dealer meeting in Austin, one of them could be coming to the US soon.

According to a poster identified as 97GreenRS on the forums at GM Inside News, GM showed dealers the 2018 Buick Enclave, Regal, and Regal GS, as well as the 2018 GMC Terrain, and then confirmed it would offer the Regal wagon here in the US. While that wouldn't normally be all that much to go on, we know Buick has been toying with the idea of a wagon for some time. A Regal-badged wagon was spotted way back in 2011. More recently, we reported on a trademark filing for "Tourx" and "Regal Tourx," which suggest a long roof (Tour) and all-wheel drive (x).

If the Regal wagon arrives alongside the base sedan and GS as a 2018 model, we'd expect a debut within the next 15 or so months. That would place it right at the beginning of the 2017 auto show season, which starts next September in Frankfurt, Germany. With that in mind, it seems possible the new Regal would debut first as an Opel Insignia before appearing at a US show like Los Angeles or Detroit, although there's a lot of speculation going on there. We just want to see "Buick" and "wagon" in the same sentence again. 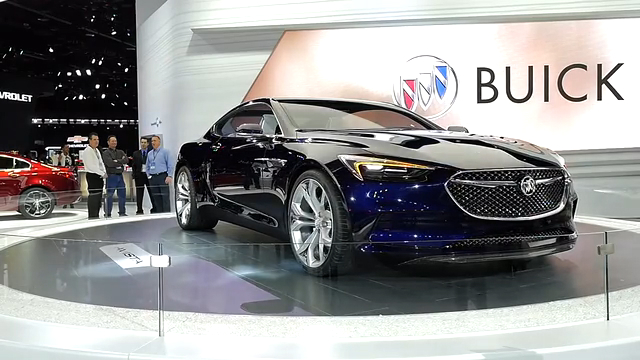