Greg Migliore
Autonomous driving is often considered a stand-in for motorists. Systems are usually designed to enhance safety and back up the driver if they fail to stop or drift out of their lane. Now, researchers at Georgia Tech are showing off their autonomous project designed for aggressive driving. In this case, a one-fifth-scale rally car blitzes a dirt track while using algorithms, onboard computing, and sensors to show it the way.

Though this video (with lots of cool jumps and slides!) illustrates the performance element of the project, the university notes the technology is also designed to help cars handle hazardous driving conditions. "In spite of that sliding maneuver, which gives us a lot of speed in the turns, the car is actually stable and safe," Georgia Tech professor Jim Rehg says.

The algorithms predict three to four seconds ahead and generate about 2,000 possible actions in just 50 milliseconds, and then the system chooses the best one – allowing the little rally machine to get around the track as quickly as possible. The vehicle learns as it goes, too, finding where the boundaries are and then working to improve. It's pretty neat to watch, and it doesn't hurt that it looks like the most adorable trophy truck. 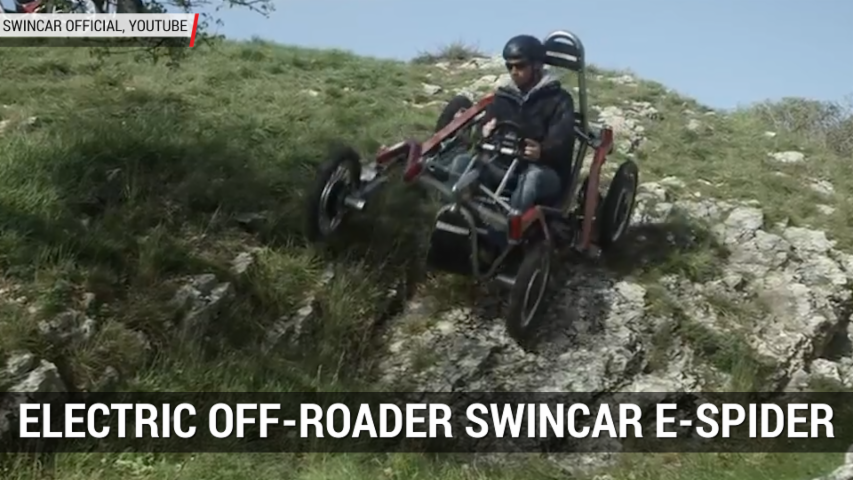