Engadget
Self-driving cars are pretty smart, but it's inevitable that one will eventually hit a pedestrian. To avoid any nasty injuries, Google has patented a simple but crazy solution: an adhesive coating that would stick humans to the hood like flypaper. There's no guarantee that such a system will be used – Google stressed this to the San Jose Mercury News – but it does hint at the company's crazier, off-the-wall thinking. The patent describes an "eggshell-like" coating that would protect the adhesive layer during normal driving conditions. Only the force dealt by a collision would be enough to break it, catching the pedestrian near-instantaneously.


"We hold patents on a variety of ideas. Some of those ideas later mature into real products and services, some don't."

Such a system would soften the initial blow, but more importantly, it would also stop pedestrians from being thrown forward by the vehicle. Secondary impacts, caused by hitting the tarmac or another object, such as a car, can often be just as dangerous, if not more so than the original collision. Google says its adhesive layer could be applied to the hood, front bumper and side panels to ensure the human is "caught" properly at different angles. It might sound silly, but we wouldn't be surprised if Google was already testing this concept with some of its bubbly self-driving cars. 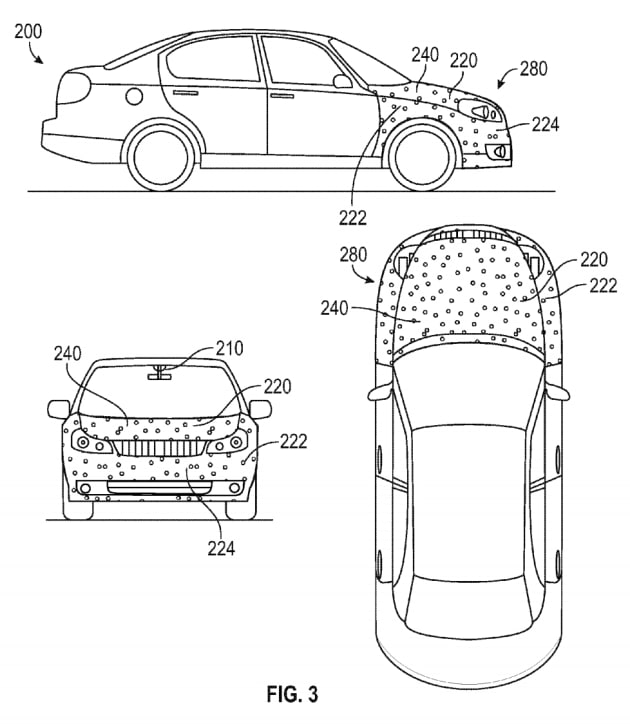 This article by Nick Summers originally ran on Engadget, the definitive guide to this connected life.
X