David Gluckman
Yes, all of those things in the headline came together on last Sunday's episode of The Simpsons. There's a teaser that sort of almost explains how some stuff we like ended up on the too-long-running animated sitcom. It's both exciting and confusing. Here's what we know.

I'll admit to having missed the episode, because I haven't watched the show since Homer's jerkass period began. but that also means no spoilers. For some reason, and we're not even going to try and guess how because it's probably pure nonsense, Homer owns a classic Morgan 3 Wheeler. At some point in the episode, Leno drives by in his 1973 Citroen DS Pallas. Because of course. Leno then buys the car from Homer. It also appears Homer is doing some dumb things in the car, like filling it up at Moe's.

In the teaser clip, Leno points out that the original script had some factual errors in it. He acted as a consultant, nice guy he is, and corrected whoever said the car had a marble interior. The car looks pretty accurately represented on the show, and cars on The Simpsons in general have become more recognizable over the years as the animation style has evolved. 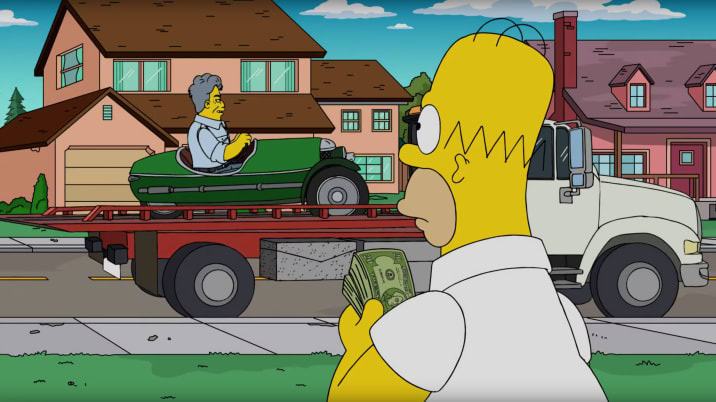 If, like me, you stopped watching The Simpsons when the cameos started getting out of hand,
you might remember that this is not Jay's first guest spot on the show, or even his first visit to 742 Evergreen Terrace. The former Tonight Show host was seen scrubbing Krusty's hair in the bathtub during episode 5F10, The Last Temptation of Krust.

We will also note that, according to Homer Simpson's driver's license, he would have turned 60 yesterday. The more you know. 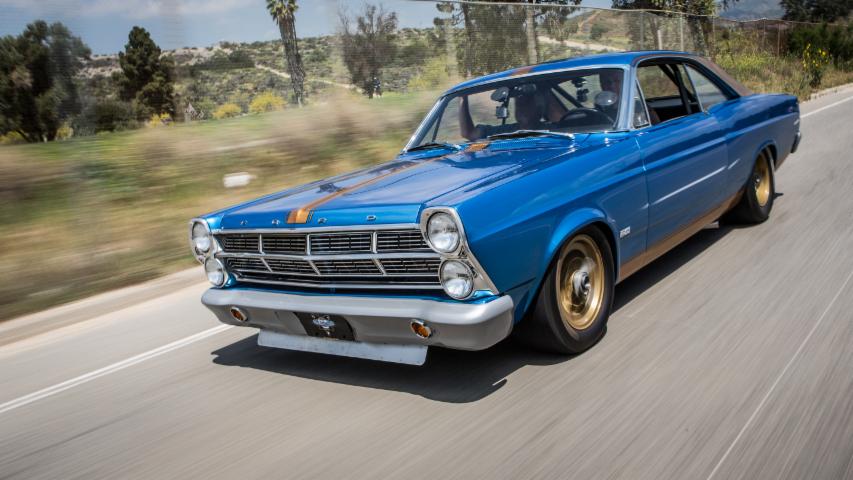