An honest review of a 'new' car

James Ostrowick
Recently, I've had the experience of having to drive a rental car while my own was being repaired for hail damage. What is the point of this review? Well, it was to show how much I appreciate my "real" car. My car that I drive is a 2013 Chevrolet Cruze 2.0D LS

Living in a county like South Africa, we are not always first on the list when car companies release new models. We sometimes have delays as long as a year before a new model makes its way to our shores.
Also, because we live in a country with a big difference in income, often older models are "re-purposed" or re-badged to allow the manufacturer to sweat the asset.

Its amazing what a few years difference can make, considering that my Cruze, when I bought it as a demo model in 2013, is almost the same price (around R20 000 difference / USD $1300 ) as the top of the range Polo Vivo, I thought it would make a fair comparison.

The VW Polo Vivo is a basic model vehicle that was brought into the product mix to replace the ageing VW Golf Mark I. Yes, believe it or not, the Golf Mark I was still manufactured locally until quite recently. It had been rebranded a few times with "additional" names such as Citi and Chico. It was still essentially the same vehicle that was first produced in 1974 and only discontinued in 2009. The engine and gearbox were updated a few times over the last couple of years. With the Polo, its the previous generation body, engine and gearbox that has now been repurposed as the entry level model.

The current Vivo range starts at a 1.4L Engine, 55KW and 132NM of Torque. (This is the model that I drove), up to a 1.6L, 77KW and 155NM of Torque. So, pretty basic engine, nothing special no turbos or fancy steering controls. Considering this car is the most popular car sold in the country in January with around 3300 sold, I thought it might be worth looking at.

Exterior
Vivo
The Vivo itself isn't a terrible looking vehicle, reasonably styled 5 door. (Hatchback)
The design is starting to look a bit dated, however, the car first appeared in around 2002 as the Mark 4 and was produced until 2008. There was a facelift in around 2006.
This version that I drove is this 2006 Facelift, rebranded in 2011 as the Polo Vivo.
The outside of the car isn't too heavy on the plastics, except in the bumper and side mirrors. Plastics on the outside are generally pretty decent and will survive well. 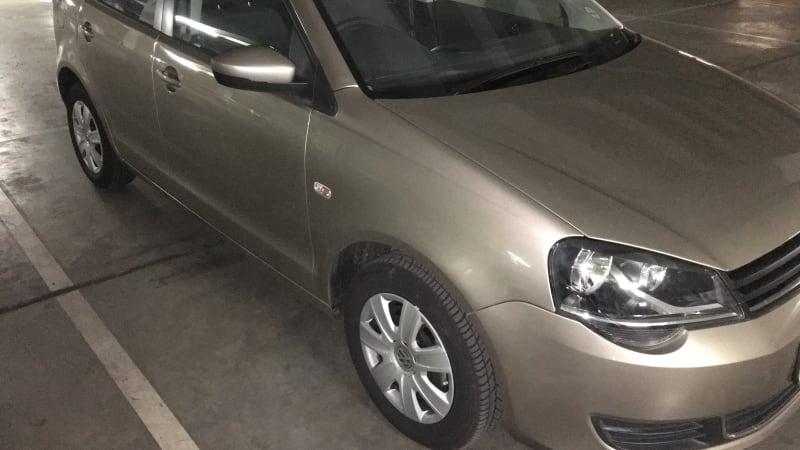 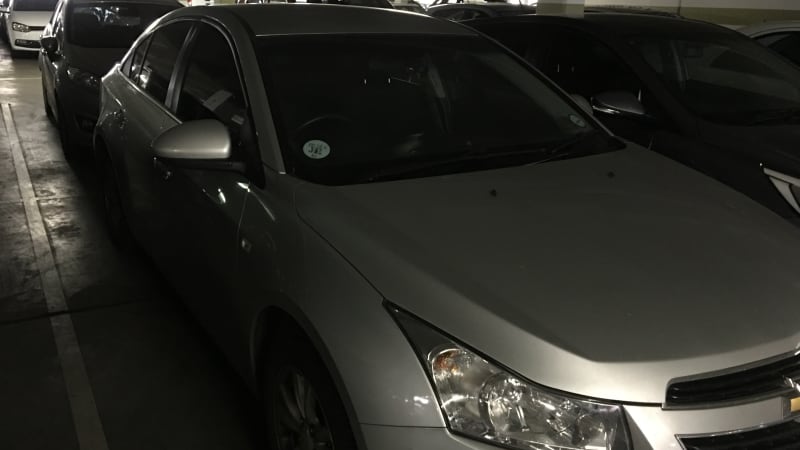 Interior
Vivo
It starts to get a bit dated when you get inside.
The interior plastics on the dashboard and doors are terrible. Hard, easily scratched (as evidenced by the number of scuff and scratch marks) and generally cheap. They would be right at home in cars of the last 20 years.

Most of the controls are also very basic, rotary dials with very little positive feedback and backlighting.
The instrument cluster behind the steering wheel again, was basic, with the usual engine temperature, rev counter and speedometer and warning lights. No fancy LED display.

The steering wheel also felt flimsy, and covered in a cheap material. The external mirrors were manual with an internal adjustment at least, but adjusting the passenger side mirror means having to lean over, adjust the mirror and sit back to check.

The factory fitter radio was fairly decent, but also a simple unit. Thankfully it included an MP3 player and surprisingly, bluetooth, allowing pairing for phone calls and streaming audio.

Carpets and seat material, again, very cheap, with the seats feeling like you were sitting on the frame, very little support or padding, these won't last more than a couple of years before they show signs of wear and tear, and you will start to see the springs poking through.

The luggage compartment is tiny, you are barely able to get a gym bag and some shopping in there before the back seat has to be used. 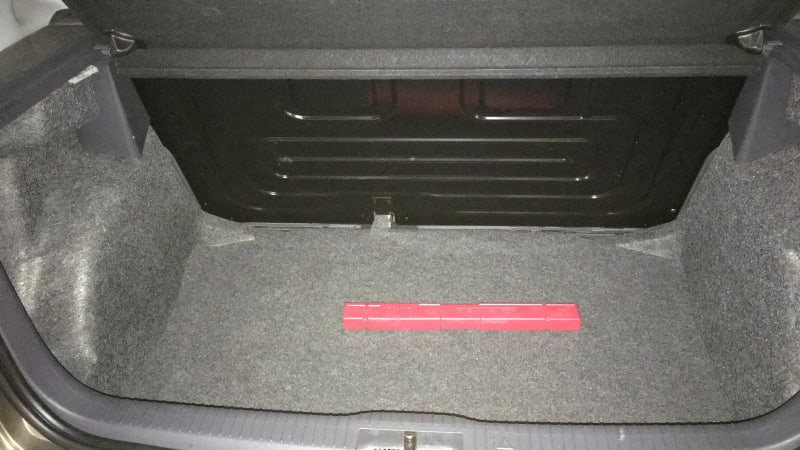 At least there is some safety in the form of driver and passenger airbags, and ABS brakes (although it still has the inefficient drums at the back)

Cruze
Much better fit and finish, the plastics are of a higher quality, they don't feel like they came out of the same mould as a toy soldier like the Vivo. Instruments are all well lit with a blue backlight. The feel of the switches is solid and the rotary knobs have good positive feedback, you can tell immediately where the notch position is. The seats are comfortable and well padded, with good side support. There is ample leg room for a 6 foot driver and a rear seat passenger to fit comfortably. The luggage compartment is about 3 times the size of the Vivo at over 430L of space, able to swallow pretty much any size of luggage. The leather covered gear knob and steering wheel with controls is of a much higher fit and finish.

My only complaint is the lack of bluetooth hands free calling (however bluetooth streaming is available) and the missing My Link display (my vehicle was fitted with the cheaper dot-matrix digital display) that is now in the current model. 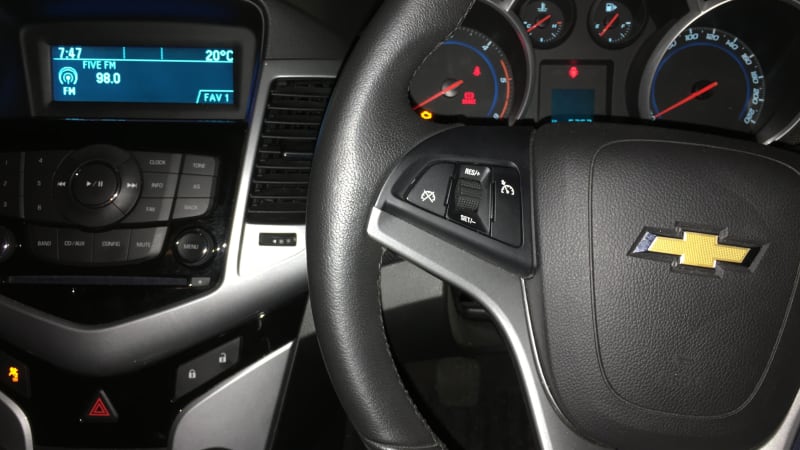 Engine
Vivo
Living where I do in Johannesburg, at high altitude, approximately 1800M above sea level (for the USA, thats about 6000 Ft above sea level) this was like an asthmatic smoker with a bad cold. Not the worst I've driven, but pretty close.
0-100 Km/h, about 2 months. Ugh.
This is no speed demon. Getting up even a moderate hill required some serious gear changing.
As far as fuel consumption goes, it wasn't too bad, returning around 7L/100KM with a mix of city and freeway driving. However, the small fuel tank won't get you more than around 450Km.

Cruze
This is where the Cruze really shines. Fitted with the 2.0 Turbo Diesel engine (not the Eco version with lower output) the car moves with a sense of urgency.
Outputs of 120KW and 350NM of torque, the Chev can still accelerate from 0-100 in under 9 seconds. Not a hot hatch, but more than enough. It is hampered somewhat by its weight, an issue the 2017 Cruze has addressed.
The big torque output of the car means that tackling hills of any size is no problem. The car lives up to its name is and is easily able to cruise up the hills without breaking a sweat.

Overall
The Vivo is no match, in terms of quality, size of interior and boot, engines and features. Again, considering the price that I paid for the Cruze and the price of the "top" spec Vivo, the Cruze wins hands down.
X