The case for the Tesla Model 3 having a sophisticated HUD

Chris Bruce
The Tesla Model 3 is having one of the biggest automotive launches in years, and the sedan isn't even on the road yet. However, there are still a lot of unanswered questions about the upcoming EV, including the mystery of its spartan interior (above). At this point, the sedan lacks a traditional instrument panel and simply has a huge landscape display on the center of the dashboard. Boy Genius Report put together some of the pieces and came up with an intriguing theory – the Model 3 will have a cutting-edge head-up display.

BGR's speculation hinges on Tesla's recent hiring of Milan Kovac. He formerly helped create the Skully P-1 motorcycle helmet, which featured a Bluetooth-connected HUD in the visor. Before that, Kovac worked with a Belgian company that specializes in gesture recognition and 3D vision. It's not that hard to put the pieces together, plus Tesla fans have been interested in a HUD for their EVs for a while now.

BGR argues that Tesla could use Kovac's background to create a similar system on a much larger scale for the Model 3. If accurate, this would be a fascinating explanation about why the vehicle lacks an instrument panel. Maybe this is what Elon Musk means when he says part two of the Model 3's launch "takes things to another level." Read the whole story over at BGR to see if you think it draws the right conclusions or takes the speculation too far. 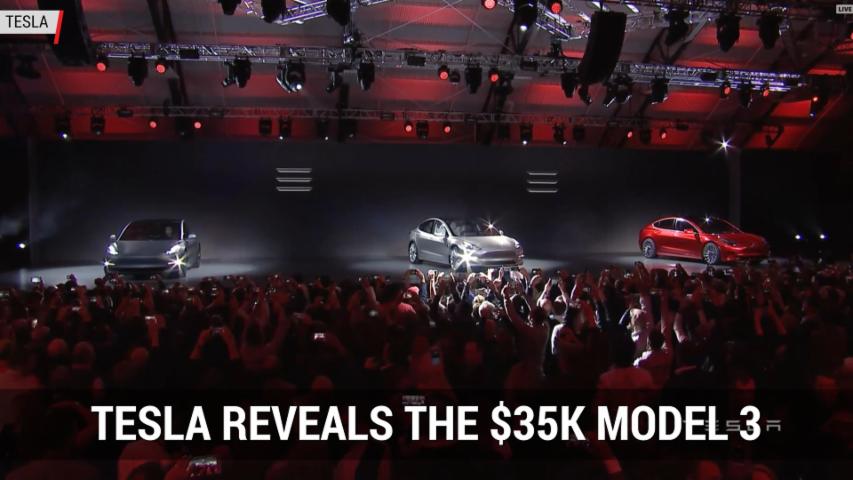