Magnus Walker, of Urban Outlaw fame, insists his story is just like that of any kid. But instead of becoming a fireman or an astronaut, Walker's childhood dream was to have a specific car. A Porsche 911 Turbo just like the one he fell in love with at the 1977 Earls Court Motor Show in London, to be exact. Today, he's famous both for having an eye-catching collection of 911s, as well as a compelling story behind them.

Walker collaborated with Hot Wheels so a new generation of kids can find their dream, just like he did with that Porsche. Today, Walker and Hot Wheels will unveil the line of diminutive Porsches he helped to create, starting with the company's beginnings: a Porsche 356A. 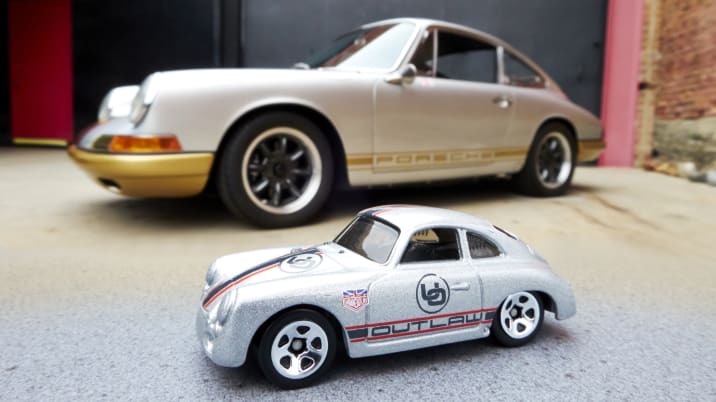 Jun Imai, Design Manager at Hot Wheels, said Walker's story and ties to the Porsche name were a match for the maker of toys that are commonly found on a living room rug. "All Hot Wheels cars have a story, just like all the cars in his collection," Imai said.

The partnership with Waker, Imai said, is a product of the way Hot Wheels now gauges the pulse of car culture, with inspiration coming from what's parked out on the streets, printed in magazines and being shared on the internet.


There was something that attracted me to this car. That dream never went away.

"Up until five years ago, we were a V8 muscle car brand," Imai said. "Now it's, 'What is the modern hot rod?' It could be a Porsche or an E30 BMW. Everyone's into something different, so we take that into consideration."

Imai said that Walker's collaboration is just that, rather than slapping his name onto a new series of products. "We're not just doing replicas of his car, that's almost obvious and easy," he said. "We thought, let's have him come in, let's have him actually design graphics for the cars where he's an integral process."

For Walker, though, the Hot Wheels cars reflect the growing accessibility of car culture. Despite the modern popularity of video games - Magnus made an appearance in the latest Need for Speed game - Walker says the appeal of Hot Wheels spans from the youngest budding enthusiasts to people older than the original 356.

"It's great to have a Hot Wheels in your pocket and walk around with it," Walker said, pulling three toy Porsches from his coat pocket and setting them down on the coffee table between us. 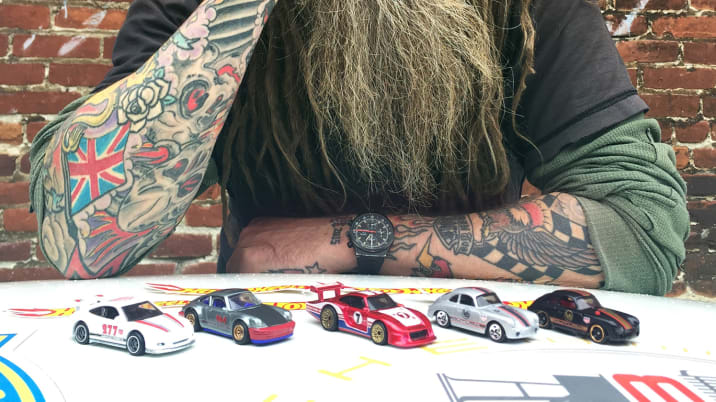 Walker said the level of accessibility to car culture is what will really foster a new generation of enthusiasts, thanks to the amount of discovery that can happen on social media platforms and the willingness to find passion and speed in every car, be it air-cooled or electrified.

"Every kid grows up with a toy and a dream, Walker said, "whether that dream is to drive cars, design cars or build cars."

The Audi R8 Panther is very black, a bit red and 100% rear-wheel-drive