Plus: Analysis on strong demand for the Tesla Model 3 and Lincoln Continental. General Motors design chief Ed Welburn retired July 1, and the soft-spoken stylist is leaving a lasting legacy at the automaker and on the industry.

He became the first African American to lead design at a carmaker when he took over GM's top spot in 2003. Just six people have overseen the company's design, and Welburn followed in the footsteps of icons like Harley Earl and Bill Mitchell. When Welburn was given expanded global oversight in 2005, it wasn't ceremonial. He helped unite the company's sprawling design empire, and today is in charge of 2,500 people who have a hand in designing GM cars.

"He nurtured a creative, inclusive, and customer-focused culture among our designers that has strengthened our global brands," Mary Barra, GM chairman and CEO, said in a statement."

Welburn took the helm when GM and the industry were shaking off a general styling malaise that pervaded the 1980s and 1990s. During his 13 years in charge, he took risks, produced a wide range of styles for everything from hybrids to sports cars to big trucks, and leaves GM design in a better place. Welburn's replacement, Michael Simcoe from GM's international design unit, has big shoes to fill. 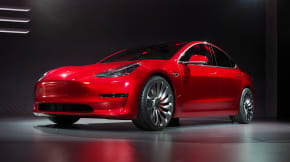 News: Tesla attracted more than 325,000 preorders of the Model 3 in about a week.

Analysis: If anything, the Model 3 is more popular than many expected. Elon Musk tweeted that surprising figure on Thursday, and he said just five percent ordered the maximum number of two. That seems to indicate actual owners rather than speculators are fueling the demand. With a starting price of $35,000 before incentives and an electric range of 215 miles, the Model 3 is the Tesla that's attainable for a lot of people. Clearly, that notion is resonating. 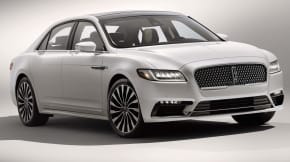 News: Lincoln has drawn 40,000 hand-raisers for the Continental.

Analysis: Okay, that's not a Tesla figure, but it's still an encouraging sign for Lincoln that one of its most famous and historic names still resonates in 2016. It also demonstrates using a real, albeit slightly dusty name, was the right call for the MKS replacement. "No other Lincoln vehicle has generated this much interest in this little time," Lincoln president Kumar Galhotra said in New York last month. The concept that debuted a year ago put Lincoln back on the map, and the production version remains true to that promise. It will stand out on the road when it arrives this fall, and ultimately, that kind of style will determine Lincoln's future. The Navigator concept holds similar potential, and these two bookends could give Lincoln a much stronger portfolio – and identity – than it's had in at least a decade.

Featured GalleryEd Welburn Through the Years