"I think we will still have as many – or maybe more – exciting, emotional, wonderful performance cars in the future," he said Tuesday in an appearance one day before the start of the New York Auto Show. "I don't see that going away."

The approaching autonomous-car era has become a flashpoint for a lot of car enthusiasts, who dislike the technology for reasons ranging from the homely shape of some of the test vehicles to fears the government could eventually prohibit human driving. Google has been the focus of much of their ire, partially because the company is a leader in self-driving development and partially because the company's executive chairman, Eric Schmidt, said last year that future generations will look back on an era of human driving, and "all giggle and say, 'You let that guy drive a car? What a dangerous concept!"


"Our goal isn't so much that we're holding a vehicle to a level of perfection, but the question is more 'how are you improving safety on the roads." – Blair Anderson

Krafcik's words might provide some measure of relief. But he also offers a cautionary tale. A self-professed car guy who held executive positions with Ford and Hyundai prior to joining Google, Krafcik has seen his own automotive habits shift since joining the company in September. Like so many others in growing urban areas, he's eschewing use of a personal car. As one of the few commuters in America who has an option to take an autonomous car to work, he's even bypassing that choice. Krafcik walks.

"I've had times where I'll go two weeks or more without getting in my personal vehicle, and the biggest personal transformation hasn't been the technology, but rather that aspect of my life going from 'extremely important' to 'meh,'" he said. "I don't miss driving. It's the most amazing thing: I don't miss driving."

That transition away from daily driving is exactly the sort of thing that makes industry experts and car dealers uneasy. They were in Krafcik's audience Tuesday at the 2016 Automotive Forum. Although the car industry has never been healthier, with 17.5 million units sold in 2015, there's disagreement on whether the autonomous era will help or hurt those numbers. 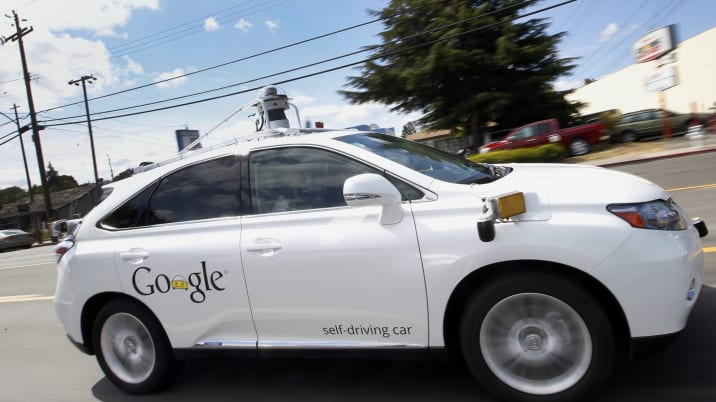 Self-driving technology is forcing regulators to reevaluate federal motor vehicle standards that are, in some cases, a half-century old. Transportation Secretary Anthony Foxx said in January the federal government intends to propose guidance for autonomous car companies by June. On Tuesday, Blair Anderson, deputy administrator for the National Highway Traffic Safety Administration, said the agency is working through questions on those standards as best it can, and in some cases, issuing exemptions for standards.


"I think we will still have as many – or maybe more – exciting, emotional, wonderful performance cars in the future." – John Krafcik

"At the end of the day, our goal isn't so much that we're holding a vehicle to a level of perfection, but the question is more 'how are you improving safety on the roads," he said.

Issues both large and small remain. For one example, Krafcik noted there's a regulation that requires a car be equipped with a mechanism to cancel a turn signal via a steering wheel. But Google's vision of a self-driving car does not contain a steering wheel. More broadly, Google would like to bring a fully autonomous car that contains no controls for human intervention to the market. The Department of Transportation, thus far, has balked at that plan. It's one of several factors that needs to be in place before autonomobiles launch.

"Introduction of self-driving cars would be a gradual process and will require comprehensive government policies," said Michelle Krebs, senior analyst at Autotrader. "Much work needs to be done in the technology and development, government policy and public acceptance."