If you're looking to get into an EV, particularly into a higher-end one, you might be looking at what you can find used on dealer lots. Consumer Reports warns, though, that you should probably avoid early examples of the BMW i3.

The 2014 model has the dubious honor of making the magazine's list of " Used Cars To Avoid Buying." The i3 joins several other BMW models — as well as certain Tesla Model S model years — on the list that are considered to have poor reliability.

While the BMW i3 is considered to have below-average reliability, so do certain model years of six other BMW models, with several years of the 5 Series earning a rating of "much-worse-than-average overall reliability." Similarly, the 2012, 2013 and 2015 Tesla Model S EVs were also rated "much worse than average."

As for the Nissan Leaf, only the 2013 model year made the list. Last year, Consumer Reports considered a used Leaf to be a good value, with low prices and decent reliability. Since then, though, the 2013 model's reliability has slipped from "average" to "below average." It's funny the difference a year can make.

Chevy Volt fans will be happy to know that their plug-in of choice did not make the list at all. Also conspicuously absent from the list are any Toyota models.

As more early adopters part ways with their electric vehicles, we'll begin to see more and more used offerings in the years to come. It'll be interesting to see which of these cars retain their respectable reliability ratings, and which will and up making the naughty list alongside the 2014 BMW i3, 2013 Nissan Leaf, and the various model years of the Tesla Model S. 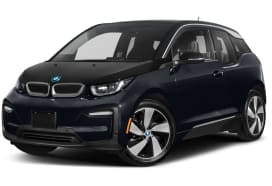