Setting the stage for the next generation of minivans.

Pete Bigelow
View All Specs
2 Reviews
I know this is supposed to be a shameful secret, but I like minivans. I like the way the kids can enter and exit easily with the sliding doors. I like the comfortable ride they provide on road trips. I like the way I can reconfigure the interior seats to haul groceries, furniture, and kids. For decades, the minivan has been maimed by its uncoolness. Sales of the family movers have tapered to about 500,000 units per year while American families have shifted their allegiance to crossovers and SUVs. But America loves a redemption story, and I believe the minivan can be redeemed.

Chrysler does too. At a time when the company is shedding vehicles from its lineup – so long, Chrysler 200 and Dodge Dart – its executives aren't paying any attention to whatever conventional wisdom suggests the minivan segment has foundered and reached its end. Instead, Chrysler just spent $ 2 billion to overhaul the architecture for its minivan. Enter the 2017 Pacifica, an all-new vehicle that immediately replaces the Town & Country and eventually will replace the Dodge Grand Caravan.

It couldn't have come at a better time. Consumer Reports recently named the outgoing Town & Country one of its "Ten Worst Picks" among 2016 vehicles, an eyesore for the company that pioneered the minivan segment. Enticed by a slew of standard features and heavy incentives, I happen to own one of those disparaged Town & Country vans. Other than a transmission that always seems to be searching for the right gear, I've got no substantial complaints about the car. 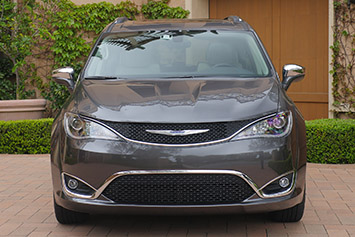 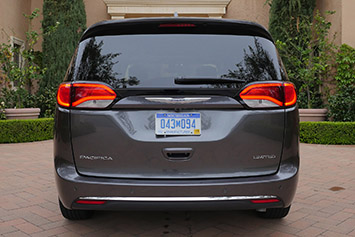 While it'd be a reach to say that any minivan is attractive, the new design makes the Pacifica the best of the bunch.

But my ownership experience made me curious about how the new Pacifica would fare, whether Chrysler's billions were invested well and mostly, whether the Pacifica would truly feel like an all-new vehicle or whether it had merely been incrementally advanced.

Navigating the roads in the rolling hills of Southern California last week, it didn't take long to find out. A revised 3.6-liter Pentastar V6 engine delivered 287 horsepower and 262 pound-feet of torque, making the climbs up California's hills effortless. Likewise, the new nine-speed automatic transmission never strained or felt clunky, like it has in other recent products like our long-term Jeep Cherokee. The harmonious combination of the upgraded engine and transmission felt like the single-biggest differentiator between the old and new minivans. Chrysler boasts that the Pacifica's new unibody structure provides a stiffer foundation, which in turn provides sedan-like agility. But let's not get carried away. No one will confuse this minivan – or any other – with a BMW 3 Series in terms of driving dynamics. But as minivans go, the Pacifica felt responsive with minimal levels of body roll. It felt more nimble than the larger Toyota Sienna.

The exterior look of the car is also brand new. Gone is the frumpy, toaster-like shape of the Town & Country and Grand Caravan. The wheelbase remains exactly the same, but engineers shortened the front overhang and lengthened the rear one, giving the Pacifica a more rectangular shape. Corners have been rounded and side-view mirrors are body-mounted. While it'd be a reach to say that any minivan is attractive, the new design makes the Pacifica the best of the bunch. 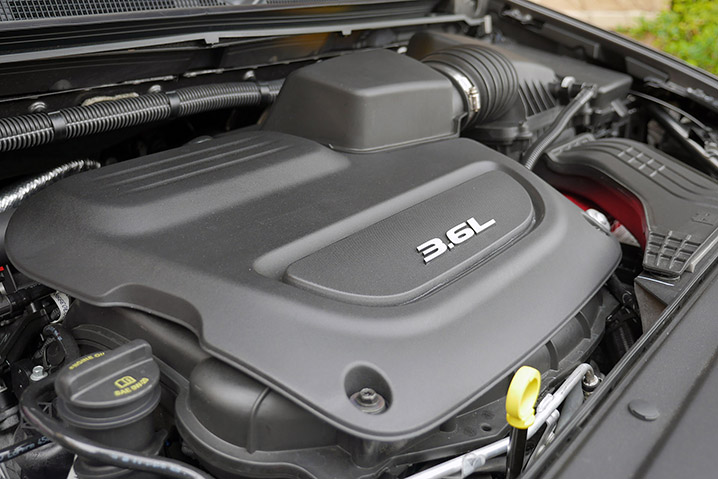 If you want screen-enabled entertainment in your next minivan, there are options abound in the Pacifica.

Another substantial difference was the quietness of the interior. The Pacifica achieved Lexus-like levels of serenity and inoculated occupants from road noise with active noise-cancellation technology that's standard on all trim levels. The last thing a harried parent wants to do is shout back and forth between the first and third rows, and this car makes conversations at a reasonable decibel-level possible.

That assumes, of course, that kids want to chat during a ride. Given the vast scope of entertainment options available in the second and third rows, the kids may ignore parents faster than if they were asked to take out the trash. Chrysler added two 10-inch touchscreens as optional equipment in the second row that allow kids any number of options. Embedded in the entertainment system are app-enabled games like Tic Tac Toe that occupants can either play by themselves against each other. There's also – my favorite – an app that allows them to track the license plates they see on a road trip. Throughout, there are several thoughtful updates to timeless road-trip activities.

Passengers can watch the same movie on both screens. They can watch different movies on the screens at the same time. They can even watch the same movie, but at their own pace. The Pacifica comes chock-full of HDMI and USB ports all over the car, so passengers can bring in an Xbox or Wii. Do the kids need more screen time? Not necessarily. On a family road trip, I want the classic Griswold experience and the Bigelow brood excited about visiting the World's Largest Ball of Twine. But perhaps that's a discussion for another day. If you want screen-enabled entertainment in your next minivan, there are options abound in the Pacifica. 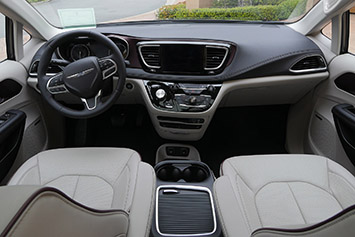 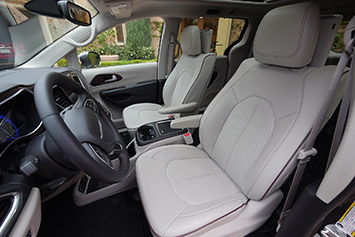 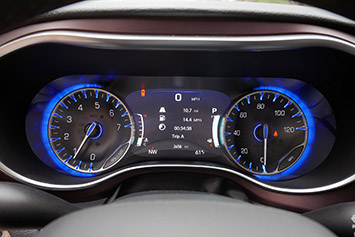 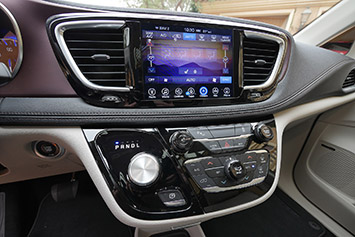 My Limited tester cost $48,000, and that price didn't include features I'd deem necessary, like adaptive cruise control, the Bird's Eye camera, or the vacuum cleaner.

Those second-row options are part of Chrysler's UConnect infotainment system, which ranks as my favorite among all automakers for its incredibly intuitive nature. On the screen in the center stack, this most recent UConnect iteration feels a little more cluttered and therefore more distracting. But ultimately, it's the same underpinnings that make it a user-friendly system. Voice-command functions were both faster and more accurate than previous iterations.

Car shoppers should remember that a lot of the advanced entertainment and other options, like turn-by-turn navigation, cost extra. In its base form, the Pacifica starts at $29,590 (including $995 destination) but quickly escalates through the $30,000-range and up to $42,495 in its Limited trim level. As outfitted, my Limited tester cost $48,000, and that price didn't include features I'd deem necessary, like adaptive cruise control, the Bird's Eye camera, or the vacuum cleaner.

Vacuum cleaner, you ask? Yes, Chrysler has followed in the minivan footsteps of Honda and offers a vacuum cleaner in the second row of the vehicle, perfect for cleaning crumbs from front seats to the trunk. Chrysler touts its new vacuum as "the most powerful in its class," a phrase that could only ever be uttered during the debut of a minivan. Other parent-friendly features include five seat positions outfitted with LATCH buckles and a sensor that allows a parent to open a sliding door and rear liftgate with the swipe of a foot underneath. 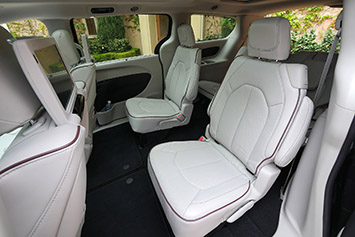 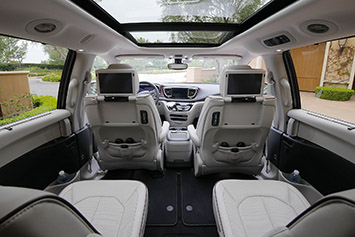 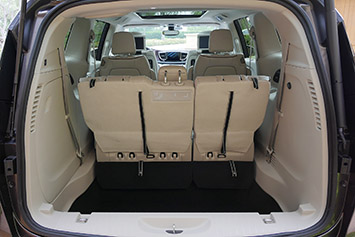 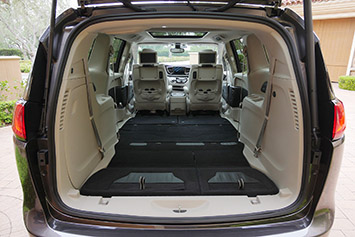 The plug-in hybrid is expected to enjoy an all-electric range of 30 miles, and in city driving, it's said to achieve an efficiency rating of 80 mpge.

A vacuum cleaner is at once wonderfully practical and entirely frivolous addition to the minivan. A more serious matter might be the biggest question mark for the Pacifica. The outgoing Town & Country received a "poor" grade from the Insurance Institute for Highway Safety on its most recent small-front overlap crash test, the kind of test that evaluates the protection of occupants during a collision that involves the front quarter of the car. The Honda Odyssey has received industry-leading "good" scores on the same crash test. The Pacifica has yet to be tested, but until Chrysler proves its family car matches the safety standards set by competitors, it's a checkmark in the Odyssey's column for parents cross-shopping the vehicles.

If there's an area where the Pacifica earns a big checkmark of its own, it's in fuel economy. The Pacifica, which weighs about 250 pounds lighter than the previous Chrysler minivan, achieves 18 miles per gallon in city driving and a class-leading 28 mpg on the highway, according to projected EPA numbers. In a mix of highway and stop-and-go driving around Southern California's traffic-choked roads, that's precisely what I achieved, earning an even 25 mpg.

Of course, that is a piddly number compared to what Chrysler hopes to achieve with a plug-in hybrid version of the Pacifica that is due in showrooms by the end of the year. The plug-in hybrid is expected to enjoy an all-electric range of 30 miles, and in city driving, it's said to achieve an efficiency rating of 80 miles per gallon equivalent. A hybrid version of the Pacifica was on display in Southern California, but not yet available for driving. It is expected to arrive in showrooms by the end of 2016. When it does, it will come with one big caveat: the batteries will be stored in the mid-car bays that are otherwise used for Stow N' Go seat storage on regular models. For anyone using a minivan for hauling kids, equipment, groceries, furniture – you name it – the Stow N' Go seats are a godsend, allowing car owners to easily reconfigure their vehicles without having to store unwanted seats in their garages. 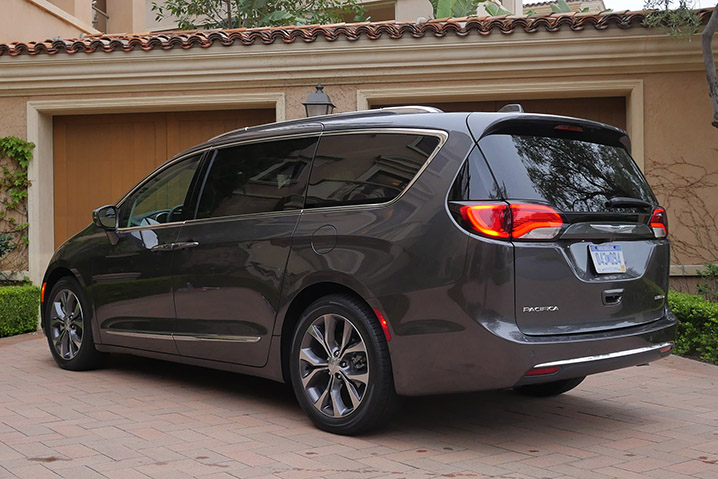 Chrysler's continued investment in a segment that most others have written off makes sense.

Still, for the company that unveiled the first minivan 30 years ago, the hybrid version offers a glimpse at what the next 30 might look like. That's an unusual vision for Chrysler. While its domestic competitors have been touting their investments in smaller electric cars, autonomous vehicles, and mobility solutions, Chrysler has done none of that. Of all the car companies, it has been content to just be a carmaker.

Thing is, that future sounds pretty lousy for family hauling. Carting car seats, car-seat bases, and strollers out of an Uber or Lyft is a non-starter. Road trips in a car-share or rental sound expensive. Smaller electrics are cramped.

In that context, Chrysler's continued investment in a segment that most others have written off makes sense. For urban dwellers, all those new transportation options will provide new convenience and cost savings. For everyone else, there's the tried-and-true minivan. Depending on what you're willing to pay for higher-end trim levels and additional features, the Pacifica is as good a choice as any to lead the pack.