Automakers accelerate on automatic braking for 2022

Plus: Analysis on the Chevy Camaro [and Ford F-150 Raptor's] 10-speed trans, and the freshly minted Toyota 86.

Greg Migliore
The day your car will stop itself is already here. The day nearly all cars will stop themselves is coming sooner than anyone thought.

The National Highway Traffic Safety Administration announced a pact this week among 20 automakers to make automatic emergency braking a standard feature on their vehicles by September 1, 2022. A technology that once seemed like science fiction is less than six years away from being basic equipment on nearly every new car sold in America.

"Technology introductions no longer exclusively enter through the luxury segment and then filter down to the volume segments," he said. "While some of the most advanced functionality continues to follow this path, an application like AEB quickly moved down market."

Between now and 2022, the technology will continue to advance. IHS forecasts automatic emergency brakes will be fitted to about 25 percent of North American vehicles by 2020, up from just 3.5 percent in 2015.

In reality, many vehicles already have the automatic braking in some form. It's usually found on high-end models like the Volvo XC90, but even more pedestrian products like the Honda Civic offer it as an option today.

Still, the landmark NHTSA-automaker agreement isn't a cure-all. Even if almost every new car built after the deadline has emergency braking, there will still be millions that don't on the road. Consumers also will face challenges learning the technology, and carmakers have advised using features like auto braking to increase safety, not as an excuse to drive distracted.

The agreement is a sign that the relationship between NHTSA and the industry is improving, and it's evidence automakers and regulators can work together. Perhaps as much as any feature, that collaboration could help create a safer future for motorists. 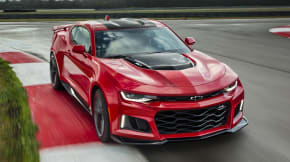 Views: Look beyond the ZL1's heady horsepower and menacing looks, the 10-speed automatic transmission is a huge deal. This is the fruit of a partnership with Ford to jointly develop nine-and 10-speed gearboxes. The unlikely alliance was announced in 2013, when it was touted as a way to save time and development costs. Ford will launch the 10-speed in the F-150 Raptor later this year. At first blush, this might seem like dogs living with cats, but GM and Ford have been working together on transmissions for years, including a long-running project that produced six-speed automatics for both companies. While the 10-speed is first arriving in performance machines, it will also be used in front-wheel-drive vehicles. Even though the ZL1 feels "like you're being shot out of a gun," according to GM product chief Mark Reuss, you should also take note of the sophisticated transmission. 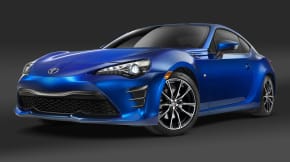 News: The FR-S will be renamed the Toyota 86 when Scion closes later this year.

Views: About time. The 86 moniker means more to enthusiasts around the world than FR-S ever did. GT86, which the car is called in some markets, wouldn't have been bad, either. The car gets light updates to go along with the Toyota badge, including fresh LED lights front and rear, a larger front air intake, and a retuned suspension. Horsepower also inches up five ponies to 205 on cars with the manual transmission. There's a lot of baggage with the closing of the Scion division, but moving the FR-S to Toyota immediately bolsters the mainstream brand with some serious performance cred. If Scion hadn't so sorely needed a splashy new product, the Toyota brand would have been a more natural spot for the FR-S in the first place. Consider this a homecoming.