Plus: Analysis on the Ford Bronco and Lamborghini's game of thrones. Now is the time. General Motors should double-down on performance cars and build the Opel GT concept that's set to debut next week at the Geneva Motor Show. Better yet, sell it in the United States as the Chevy GT.

Consumers are showing a thirst for performance cars not seen in decades. Ford has them coming in waves, with everything from the F-150 Raptor to a hotted-up Fusion. FCA US is unrepentantly building loads of Hellcats. GM should respond.

The General's cupboard is hardly bare. With the Corvette, Camaro, and Cadillac's V-Series, GM has more than enough to compete with its crosstown rivals and anything Europe or Japan can throw at it. But there's also an opportunity.

There's not many front-mid-engine, rear-wheel-drive, two-seat sports cars out there like the Opel GT concept. A Chevy GT that used that layout and captured some of the concept car's proportions and curves would ignite a different kind of passion in enthusiasts. It would be Miata-like. With Chevy branding, this sports car would be the everyday exotic.

The concept has a turbocharged 1.0-liter three-cylinder engine, which makes about 143 horsepower to motivate a structure that weighs less than 2,200 pounds. It can hit 60 miles per hour in less than eight seconds. All of those numbers are within the front-engined Miata's territory.

This new Opel is inspired by two great mid-1960s concepts that helped put its design studio, and that of its sister brand, the British Vauxhall, on the map. (The GT concept is also technically a Vauxhall, as the brands are linked in GM's European strategy.) One of them, the '66 Vauxhall XVR remained a concept. The '65 Opel Experimental GT was on the road by 1968. That shows this is doable.

There's precedent. The Saturn Sky and Pontiac Solstice shared a chassis with a modern GT during that trio's brief run. If GM ever makes this concept, Opel and Vauxhall should get their versions. But Chevy is the one that could make this car a global icon. Chevrolet GT. Make it happen.
News & Analysis 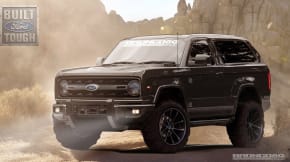 News: The potential return of the Ford Bronco is generating a ton of attention.

Analysis: That's not news, per se. But when the Bronco6G.com fan site did a rendering of a next-generation Bronco, it almost broke the Internet. Everyone from Automotive News to Jalopnik picked up the illustrations. Our own post has drawn a lot of traffic and passionate responses. People are clamoring for the Bronco's return. Ford hasn't technically confirmed the vehicle will go into production, which has done nothing to dampen the enthusiasm.

These illustrations are a modern riff on the 2004 Bronco concept. In my opinion, this is what the Bronco faithful want. Realistically, I don't think Ford will go quite this retro – those headlights are straight out of the '60s – but it would be wise to stay true to the vehicle's historic rugged demeanor. Ford should employ the same design strategy it has used with the Mustang and the GT supercar. Take the idea of an icon and give it a contemporary feel. Make the people who loved Broncos in the past want this one, but also draw in consumers who have no idea what a Bronco was. Let the new vehicle win on its own merits. 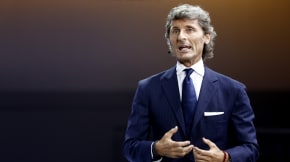 Analysis: Longtime CEO Stephan Winkelmann moves to lead Audi's Quattro division and is replaced by Ferrari's former F1 team principal Stefano Domenicali. We've been hearing rumblings of this move since December, though Winkelmann was still in place as Lamborghini's chief executive at the Detroit auto show in January. Plus, Domenicali has actually been an Audi vice president since 2014, so clearly there's been some succession planning.

It's an interesting arrangement for all parties. It seems a lateral move (at best) for Winkelmann, who was feted by the company in the announcement and achieved a great deal in his 11 years as chief executive, including sales growth and the addition of new models. On his watch, the Lambo developed the Urus SUV project, which is finally coming to fruition. Domenicali, who oversaw Ferrari's 2008 constructors Formula One title, will draw on business acumen from earlier in his career at Ferrari to continue Winkelmann's momentum.

Quattro is obviously a lesser-known entity than Lamborghini, but they're both divisions owned by Volkswagen AG. Quattro is comparable to the Mercedes AMG or BMW M units, and it produces Audi's R and RS models. Winkelmann will also oversee the Audi Sport brand – which the company wants to fortify – and the customer racing programs. Maybe there's more than it seems to this move. It certainly positions Winkelmann to succeed Audi chairman Rupert Stadler if Stadler moves up in the VW AG hierarchy.