2016 Subaru WRX: Is this successor worthy of the crown?

Farhan Khalid
I was leasing a 2012 Subaru WRX, a car I had wanted since forever. When the lease was up, I decided to trade it in and get another WRX, a 2016 model. Now that I've put over 7,500 miles on the new one, I can offer a fair comparison of the previous-generation model and newest model. While the basic DNA is the same – turbocharged boxer engine + symmetrical all-wheel drive – these cars look and feel rather different.

The prior model WRX ran from 2008 to 2014. In 2011, though, Subaru upped the ante by giving its rally-inspired baby a widebody look similar to the STI variant. The WRX was offered as either a sedan or a hatchback. I opted for the hatchback version because of the extra cargo space, and I felt it looked better than the sedan. I loved the look of this car, especially in the classic World Rally Blue paint. The flared fenders, hood scoop, and quad exhaust tips made for one aggressive-looking machine. It definitely stood out from the crowd.

The new model, on the other hand, introduced in 2015, is only offered as a sedan. It blends into the crowd for the most part, but I think the front end looks great and the side profile looks sleek. At the rear, Subaru did a nice job with the stainless steel exhaust tips versus the old model's unfinished tips, but the taillight design is nothing special. The low-profile trunk spoiler is a nice touch. The 18" wheels on the Premium and Limited models look sharp, though they're a bit on the heavy side. 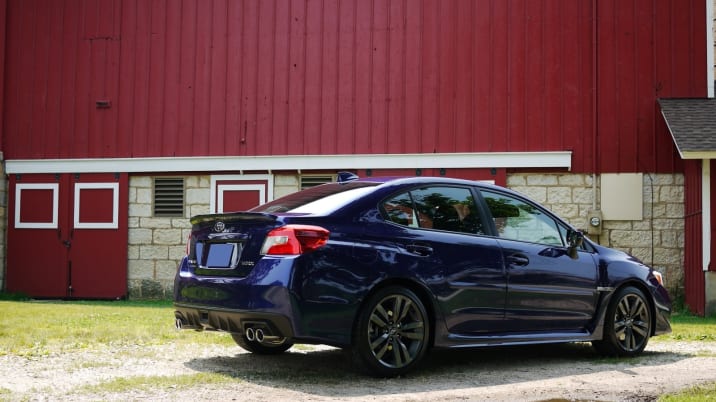 The previous generation WRX was criticized for its spartan interior, but I didn't mind it. I liked the simplicity. Everything was easy to use, whereas newer cars have a bit of a learning curve with infotainment systems and whatnot. The red stitching and WRX-embroidered seats added some uniqueness to the car. The fit & finish weren't great, though. There was a rattling sound coming from the driver's side A-pillar that I had to fix.

Subaru did a good job with the new model's interior. It feels more elegant than aggressive. The climate control knobs have a nice feel and weight to them, and the steering wheel is superb. There's a digital display on the gauges, a small screen on top of the dash, and Subaru's Starlink system for radio and phone. A back-up camera is standard and displays on the Starlink's 6.2" screen for 2016, which has been a surprisingly nice perk to have. Plenty of headroom and legroom, too, not that the old model felt cramped. 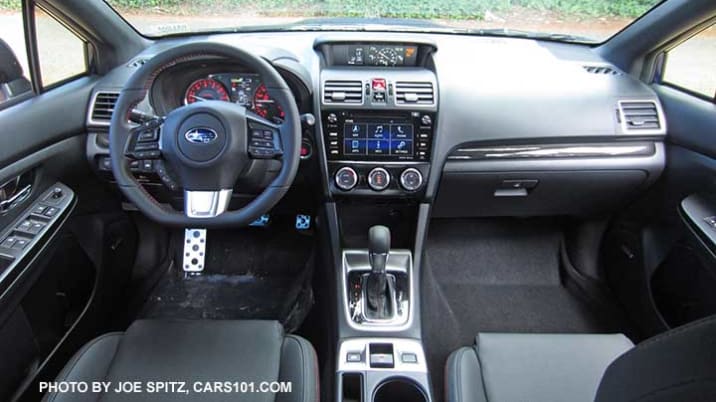 My 2012 WRX was a blast to drive, but there was a little body roll, and the steering felt a bit numb. This could be remedied with some modifications, but I wasn't really interested in that, especially considering it was a leased vehicle. I think a stickier set of tires would have added some heft to the steering.

I'm happy to report that the 2015+ WRX has noticeably better handling and better-weighted steering. I wouldn't call it sports car handling, but there's less body roll, and the steering feel and precision are great. I can fling it around corners faster than the old model. This car is very maneuverable and a pleasure to drive.

The 2012 WRX used a 2.5-liter flat four (EJ25) engine, mated to a single scroll turbocharger. It also had unequal-length headers, providing the famous (or infamous) "boxer rumble." I personally loved the sound, although I understand some find it obnoxious. I had the base factory exhaust, so the sound was only for driver and passengers to enjoy. Even though this engine is lambasted for being old tech, I liked it overall, except that the turbo lag could get annoying.

The 2015+ WRX uses a new 2.0-liter direct-injected engine (FA20), paired with a twin scroll turbo. It has equal length headers, allowing for better performance, but gone is that rumble. I kind of miss the sound of the old EJ25, but the new powerplant is smooth and slightly more fuel efficient (although fuel efficiency is a moot point when purchasing a performance vehicle, in my opinion). The new model doesn't sound bad, just not as throaty; the turbo sound is actually more pronounced, which I like. More importantly, the torque comes on earlier with the FA20 and turbo lag is not quite as bad.

For the 2009–2014 model years, the WRX was only available with a 5-speed manual transmission. It wasn't horrible, but it wasn't that crisp, either. Many people described it as being notchy. I had the factory short-throw shifter, which was decent, but still could have been smoother in its shifts.

For 2015+, the WRX is offered with either a 6-speed manual or a CVT (continuously variable transmission). Which one did I choose? Well, it was a difficult decision, but I went with the CVT.

Sacrilege, I know, but my long commute was making daily driving a stick shift sort of a pain. I did test drive the 6-speed version before settling on the CVT, and the shifts felt pretty good. I just decided that with my situation and at this point in my life, an automatic would be more convenient.

Before people get up in arms, I'll be the first to admit that the manual version of the car is cheaper, lighter, and more engaging to drive. I miss it. The row-it-yourself WRX is faster off the line, too, but keep in mind that a really quick 0–60 time requires an aggressive, clutch-abusing launch.

Having said that, I'm glad Subaru is offering an automatic transmission for those whose circumstances necessitate it. It's not bad, either. The simulated shifts between gear ratios may seem gimmicky, but it's entertaining and helps keep the engine in its powerband. If you need some power, a quick jab of the accelerator does the trick (there are paddle shifters as well). There's also a feature called SI-Drive, which allows you to adjust the throttle response between Intelligent (more tame), Sport (good for all-around driving), and Sport # (for when the roads open up). Having driven both manual and automatic WRXs, both are plenty fun to drive; the manual version can be either more fun or more frustrating, depending on traffic.

So which model do I like better? I guess that's the million-dollar question. I can't definitively say one is better than the other. I like both for different reasons. Of course, Subaru did make notable improvements to the new model as detailed above, so on paper the new model seems like the clear winner. But...I kind of miss the character of the prior model. The new WRX is more grown up and refined, but the old one felt more raw and aggressive. I suppose it comes down to what you want in a car. If it's the former, then the 2015+ is a good choice, but if you prefer the latter, then a 2011-2014 model might be right up your alley. Either way, the fun-to-drive nature of this AWD turbocharged vehicle is alive and well.