Free valve technology and the future of internal combustion

Omar Kamal
The internal combustion engine had a fair share of technological advancements over the years, increasing its efficiency and performance. However, some agree that the ICE has reached the end of its development cycle and will be overthrown by electric powertrains to suit the needs of the future, but is that really the case?

Fully variable valve actuation will give the ability to independently control each valve without the use of the traditional camshafts. According to engine load and varying driving conditions, the system chooses how to move the valves giving a huge increase in the degree of engine control. This system will radically change the design and production of our traditional ICE; the removal of the camshafts and associated components alone will hugely impact size and weight.

Several manufacturers tested this concept but it was never ready to enter full production due to important technical obstacles, mainly packaging and high cost, and here comes FreeValve. 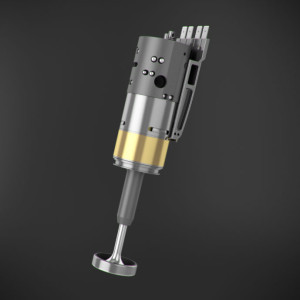 FreeValve AB (previously Cargine Engineering AB) was founded in 2000 with a goal in mind of developing camless engines. Rather than using the conventional electromagnetic or electro hydraulic valves, FreeValve used electro hydraulic pneumatic valves with advanced sensor techniques that allowed them to overcome packaging and other obstacles in a rather cost effective way.
The system was successfully tested on a Saab 9-5 from 2009 to 2011 (55,000 miles on intake valves only and 10,000 on both intake and exhaust). Christian Von Koenigsegg, FreeValve's chairman of the board and founder of Koenigsegg Automotive AB, told reporters that the technology developed by his company is "getting ready for fruition," but didn't specify a timeline. By successfully completing this project and feasibility of mass production, FreeValve will then truly change the ICE as we know it.
X