The Problem: The vehicles have driver and passenger seat side airbag inflators from Takata that could rupture in a crash.

Injuries/Deaths: A side airbag ruptured in a 2015 Tiguan in June 2015, and the driver sustained slight injuries under the left arm. The person didn't need to seek medical attention, Audi spokesperson Mark Clothier told Autoblog. This is the only reported injury.

The Fix: VW and Audi dealers will replace the side airbag modules.

If You Own One: VW and Audi will advise owners about the recall but don't yet know specifically when repairs begin.
Show full PR text
RECALL Subject : Seat-Mounted Air Bag Inflators May Rupture

CONSEQUENCE:
In the event of a crash necessitating deployment of a seat-mounted air bag, the inflator could rupture with metal fragments striking the driver or other occupants resulting in serious injury or death. 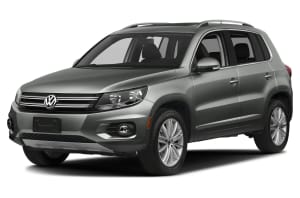