Top Gun in Iran? Don't be scared of the Islamic Republic's F-14s

Maverick And Goose Won't Be Coming To The Rescue

Eric Tegler
This post is part of Autoblog Military , our sub-site dedicated to the vehicles, aircraft, and ships of the world's armed forces.

You remember Top Gun, the movie about Tom Cruise and Val Kilmer playing volleyball. There was that sexy airplane too, the Grumman F-14 Tomcat: A twin engine, swing wing, carrier-borne fighter built to chase off the Russkies. What you may not remember is that we sold Tomcats to Iran. As you can see from the video above, they're still flying today. Sort of.


Iran's purchase may have saved the F-14 program.

Last November the video, apparently leaked by the Russian Defense Ministry, was released showing Islamic Republic of Iran Air Force (IRIAF) F-14s escorting Russian Tu-95 strike aircraft across Iranian airspace to Syria. A little over a minute into the video, you'll see two F-14s that serve as a vivid reminder that Iran still operates this American icon, the only country other than the United States to do so.

In 1979, the Shah of Iran, a pilot in his own right, struck a deal with the United States for Iran to purchase 79 F-14A Tomcats and 633 Hughes AIM-54 Phoenix missiles for $ 2 billion. Iran's purchase may have saved the F-14 program, according to Tom Cooper, co-author of a book on Iranian Tomcats in combat. Congress had cut funding, and Iran's cash possibly saved Grumman itself from bankruptcy.

The Iranians wanted the F-14 to deter Russia from flying its ultra-fast MiG-25R Foxbat over Iran on reconnaissance missions. It worked. Russia halted its flights. Then came the Islamic Revolution. The 129 Iranian F-14 pilots and radar intercept officers trained in America along with Iranian maintenance technicians found themselves out-of-favor with the Ayatollahs. Over two dozen pilots and more technicians fled Iran. Many of those who remained were arrested, some murdered. But when Iran went to war with Iraq in 1980 the F-14 crews were back in business. 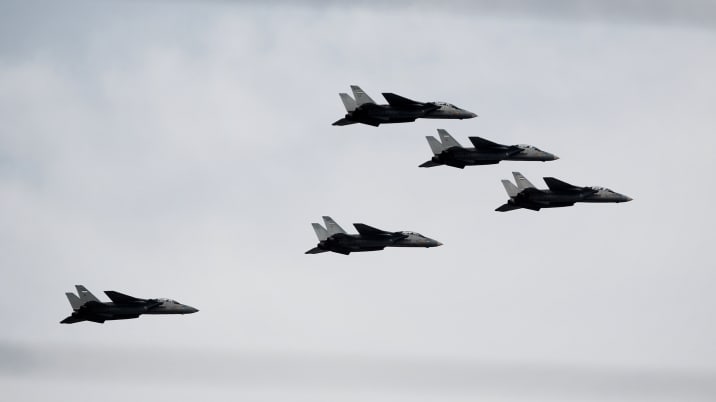 Trouble was, there were few spares for the F-14As and the US cut off the supply of new parts. About 77 Tomcats remained when the war broke out but they were either non-operational or not fully operational. Their aircrews were not current and lacked experience. Still, the Iranians managed to get about a dozen back in service and they were soon intercepting Iraqi MiG-21s, Mirage F1s, MiG-23s and MiG-25s.

The Tomcat's world-class performance, combined with its powerful AWG-9 radar and a store of highly prized, 100 mile-capable AIM-54 Phoenix missiles, proved partly effective in keeping the Iraqi air force at bay. Though there were approximately 1,000 air-to-air engagements during the eight-year Iran-Iraq War, there weren't any decisive victories. With unreliable supply sources, both countries held their best aircraft in reserve. Iran, for its part, used its prized F-14s to defend strategically important installations like its main oil-exporting terminal at Khark Island.

In the early 1980s the IRIAF attempted to keep 60 Tomcats operational, but demanding combat patrols and too few qualified maintenance personnel forced it to cut the number of operational F-14s to 40 by 1984, and to 25 by 1986, according to Cooper. A lack of support also meant Iran ceased flying Tomcats with the Phoenix missile, though not before using them to shoot down three or four Iraqi MiG-25s, according to ex-IRIAF pilots.

The number of operational IRIAF F-14s dwindled further in 1990s. But while the US Navy upgraded its fleet to the more capable F-14D Super Tomcat and eventually to the F/A-18 Super Hornet, Iran kept its F-14As flying infrequently as a matter of prestige as much as a deterrent. The country also operated other American fighters like the F-4E Phantom and F-5E/F, legacies of pre-Revolutionary Iran, sparingly flown.

But what about those Tomcats in the recent video? How many are left, and what kind of juice do they have? Mark Bobbi, principal military aircraft analyst at research outfit IHS Aerospace, asserts that the IRIAF is a "shell" air force. "They're good at making it look like they have more airworthy combat aircraft than they actually do," says Bobbi.

Recent estimates put the total number of Iranian jet fighters at around 200, a hodgepodge fleet comprised mostly of the Tomcats, McDonnell-Douglas F-4 Phantoms, MiG-29s, Dassault Mirage F1s, and Northrop F-5E/f Tiger IIs. Of those, only about half are operational. The fact that Iran has kept a relative handful of F-14s in the air, through a combination of cannibalizing remaining airframes and fabricating parts, is impressive enough. Apparently, the country found limited success in obtaining smuggled Tomcat parts. In 2007, for example, a Long Island man was charged with exporting F-14 and F-5 parts to Malaysia that were destined for Iran.

Regardless of smuggling, observers, including Bobbi, put the current number of operational Tomcats at about a dozen. Iran has apparently modernized these in limited fashion. Italian defense blog The Aviationist reported in 2015 that the IRIAF had updated an unspecified number of its Tomcats to F-14AM ("Modernized") standard, extending their operational life until 2030. The domestic upgrades include radar and radar warning receivers, along with weapons that include R-73E, AIM-54A, AIM-7E and AIM-9J air-to-air missiles. 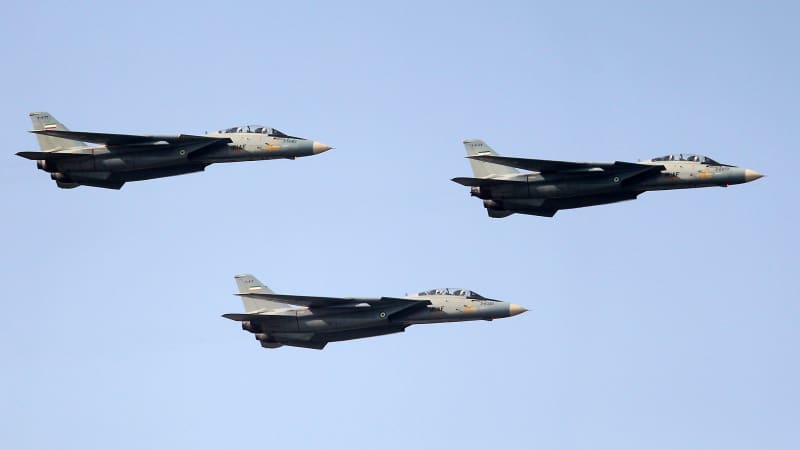 According to The Aviationist, these F-14AMs have been adapted to the aircraft's fire control system. The blog also reports that the jets carry the AIM-54+ "Fakour-90" missile, a partly reverse engineered, upgraded version of the Phoenix.

The reports don't impress IHS' analyst, who says Iran has little defense industrial capacity to make new parts for F-14s (like engines and large structures). Bobbi concedes that Iran may have received limited Russian help in fabricating reverse-engineered fan blades, for instance, but asserts that such fabricated pieces would likely have very limited life.

As for radars and missiles, the Iranians may have added some new wrinkles, likely by working around the F-14A's AWG-9 system, for which the last code written was probably in the mid-1980s, Bobbi points out. Even if add-on radar and weapons control systems are working with the AWG-9, the airplanes carry a weight penalty lugging it all around.

The Tomcat is difficult to maintain and expensive to fly, reasons cited for its retirement from US Navy service. Given the paltry number of aircraft still operational, along with maintenance demands and expense, Bobbi posits that Iranian F-14 aircrews overwhelmingly fly desks. So they're not highly capable, adding to the likelihood that if they ever came up against American F/A-18 Super Hornets or F-22s, they'd be toast.

With the additional non-flying time on their hands however, Iranian AF pilots could be pretty proficient at beach volleyball.
X