A new generation of decadent flagship sedans rolled into the Detroit Auto Show this week, illustrating the significance automakers place on the luxury market – especially in the United States.

Lincoln, Volvo, and Hyundai's fledging Genesis brand showed off their most lavish large cars as they angle for a piece of one of the most competitive segments of the business. It was easy to lose sight of these reveals amid the discussions about autonomous driving technology and the slew of striking concepts and sports cars, but these three challenger brands showed that they're serious about becoming a factor. Here's the breakdown.

Lincoln showed the Continental in production trim, and it's the brand's most important vehicle of the year. Sure, the MKC and MKX are the crossovers that will provide Lincoln's lifeblood, but the Continental is why people will even think about buying a Lincoln. It's an iconic name, and the production vehicle appears to live up to that lofty heritage. With an available 400-horsepower twin-turbo V6, it's getting some of Ford Motor Co.'s top powertrain tech. As Lincoln president Kumar Galhotra put it: "You had to deliver a car that lived up to the name without being pulled back into history."

Hyundai used the Detroit show as the US launch of the Genesis luxury brand, which took up a prominent chunk of real estate on the exhibition floor. Hyundai, err, Genesis revealed the G90, an elegant large sedan that replaces the Equus. Genesis is billing it as an entry that can compete at the top end of the segment in terms of size and technology. It also will offer a 5.0-liter V8, part of the brand's strategy to sell "refined performance."

The S90 exemplifies what Volvo stands for: safety, technology, and simple yet elegant design. It's an attention-getter without being gaudy. The S90 gets semi-autonomous driving features, will offer a plugin model, and has a clever new warning system that can detect large animals and apply the brakes as needed. The S90 follows the well-received XC90 crossover, which won the North American Truck of the Year Award in Detroit. Clearly, Volvo has momentum in the United States.
News & Analysis 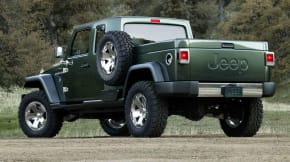 News: Jeep will add a pickup version of the Wrangler in 2017.

Analysis: We kinda already knew this, but it's good news nonetheless for Jeep fans. The Detroit News reported the Wrangler pickup will be based on the next-generation Wrangler chassis and will be assembled in Toledo, OH, alongside the regular Wrangler. Jeep people would probably be happy with something like the Gladiator (shown), though that concept vehicle is more than a decade old. Really, the question is: what will the new Wrangler be? We expect it to use some aluminum elements and maybe get a turbo engine, but most Jeepers likely don't want to see a radical new design. After all, Wrangler sales surged 16 percent in the United States last year. You buy a one of these vehicles because it's exactly what you want. 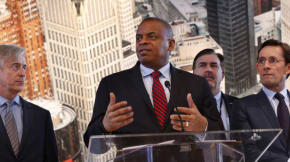 Analysis: About time. Autonomous cars are here. All we need now is rules to govern them, education for consumers, and safe roads on which they can be driven. No problem, right? But the technology can be implemented sooner and safer with government support. The plan was announced in the wake of a California report that revealed of thousands of failures of autonomous tech during testing in that state.

There are some wrinkles in the federal plan. The $4 billion is part of President Obama's 2017 fiscal-year budget proposal, and it's spread over 10 years. It's one element of a budget plan that needs to get through Congress in an election year. But, if some or all of this money becomes available, it could propel the US to a big lead in autonomous technology, which could have positive effects on the economy and even national defense. 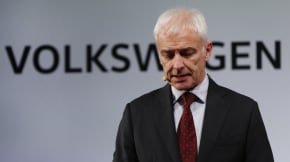 Analysis: VW apologized again for its diesel emissions scandal, extended its goodwill packages, and even unveiled a plugin hybrid concept that closely previews the next-gen Tiguan SUV. Somehow, the company still ended up looking bad. With the eyes of the world on the Detroit Auto Show, VW needed to show its plan to move forward. Yeah, Americans are mad, but at some point the problem just needs to be fixed. When the California Air Resources Board and Environmental Protection Agency shot down VW's recall proposal for some of the affected diesel engines, any hope of 'winning' the Detroit show was lost. Volkswagen CEO Matthias Mueller's defense that the company "didn't lie" about the situation on NPR was also not the right thing to say, to put it mildly.