We were just getting used to the idea of the AMG Sport line from Mercedes-Benz, but already the German automaker is said to be killing it off. That doesn't mean the models will be discontinued, they'll simply be rebadged and moved upwards into the AMG range itself, Car and Driver reports .

Apparently seeing what Audi had done with its S and RS lines and BMW with its M Performance and M models, Mercedes set about filling the gap between its standard range and its full-on AMG performance lineup with the launch of the C450 AMG Sport. It then followed up with the GLE450 AMG Sport, but things got confusing after that: Benz slotted the same 3.0-liter V6 into new models like the SL400 (with no AMG badge in sight) and the new Mercedes-AMG SLC43 (sans the Sport qualifier).

Fortunately the strategists in Stuttgart and Affalterbach are out to set it right. Car and Driver reports that the AMG Sport models will be rebadged as AMG models. The C450 AMG Sport will be rebadged as a Mercedes-AMG C43, the GLE450 AMG Sport will likely follow suit, and an E43 is tipped to launch later this year ahead of more models to come. Though the numbers have little to do with engine displacement, they'd seem to bridge the gap well to the 63-badged models at the top of the AMG lineup, while giving the Silver Star marque the two-pronged performance lineup it needs to take on (or fend off) its rivals. 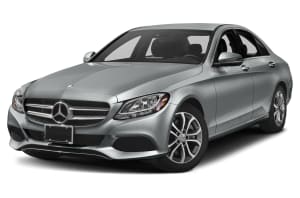