Chris Bruce
The Jaguar Project 7 is more than just an F-Type with a dab more power and a special body, and Harry Metcalfe (who advises Jaguar Land Rover Special Vehicle Operations, which built the car) is here to show us why. This limited-production model is something truly special, and despite Metcalfe's role with JLR it's hard to misinterpret the enjoyment in his eyes when the supercharged V8 roars.

Metcalfe's Project 7 is number one of just 250 cars built and wears a British Racing Green body with orange accents around the nose, mirrors, brake calipers, and underneath the rear spoiler – classic sports car style with a little modern flash. His example is also special because the entire build team signed the area underneath the trunk lid.

While the engine comes up to temperature during his drive, Metcalfe shows that the Project 7 can be a fine grand tourer, and he eventually puts the throttle down to let his audience here the sublime engine. Metcalfe claims the limited edition Jag actually has too much horsepower but he means that in the best way possible. Driving it reminds him of being behind the wheel of his Pagani Zonda – a fine compliment for a grand tourer to be compared to an ultra-exotic supercar Find out why by taking a ride with Harry. 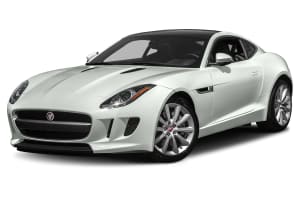