Gisli Gislason Doesn't Stop When It Comes To Electric Vehicles

I met Gisli Gislason many years ago at an electric vehicle conference in Reykjavík, Iceland. Even in 2010, just at the beginning of the modern EV era, he had a passion for plug-ins that matched his fiery red hair. It was his plan to make every car in Iceland an EV. That hasn't happened, but you've got to appreciate the passion of a guy who thinks big while also financing movies like Reykjavik Whale Watching Massacre.

Earlier this month, Gislason took his pro-EV message to a warmer climate, India. He was part of a promotional event sponsored by Mahindra Reva called the Goodness Drive: The Electric Expedition. We caught up with him via email to chat about the experience.

ABG: How did you get connected to the Goodness Drive and why did you decide to participate?

Gislason: I have been working with Mahindra Reva since 2009 and been a few times in India at their factory for the e2o electric car in Bangalore. When they decided to drive three electric cars for the first time across India over 5,000 km and offered me to participate, I could not resist the challenge.

ABG: You're known for your attempts to bring EVs to Europe. How does this experience work with that mission, or is this an expansion or a change of plans?

Gislason: Mahindra Reva will bring the e2o over to Europe this year. The car has EU approval and can, in theory, be imported to all European countries. The e2o is a perfect car for Europe and will go 100 miles on a charge. The car is always online and the smartphone app is perfect.

ABG: What were some of the reactions from the people along the route about your EVs?

Gislason: The three electric cars always attracted a lot of attention where ever we went and we got a lot of thumbs up on the way. At one stop we were offered cash payment for one of the cars. Electric cars are really rare in India so we were like pioneers - so at one time I put on my space suit just to make a more lasting impression.

ABG: Are you still working with Mahindra to bring their EVs to Iceland or Europe?

Gislason: That is the plan.

ABG: As someone who was recently at the Model X launch, what can you say about the difference between how Tesla and Mahindra are trying to sell EVs? What are you seeing close-up that maybe the general audience doesn't know?

Gislason: Electric cars are not competing with each other. Electric cars are competing with combustion engine cars. So it is my opinion that when Tesla is bringing to the market their luxury cars - they are also promoting and selling other electric cars and the same with Mahindra. When Mahindra will start to sell the e2o in Europe their presence in the market will lead to more sales for Tesla Motors. Tesla has paved the way and will eventually be one of the biggest car companies in the world. 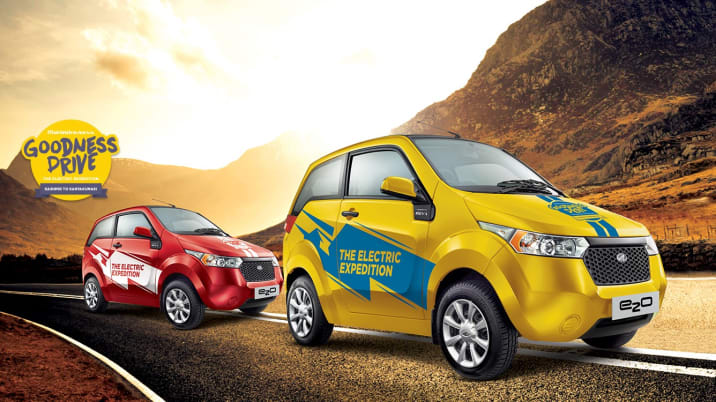 What I have experienced the last years by traveling the world on an EV mission and meeting the top players in the industry is that the electric vehicles will overtake the roads sooner than people realize. Within five years nothing will be the same, and those who don't realize this will end up like Kodak.

ABG: Have you ever been to India before? What can you tell me about how EVs can play a role with the transportation infrastructure there?

Gislason: In India there are more than 150 million vehicles, but only a few thousand electric vehicles. After being in India three times, it is my opinion that India should go all in and go electric. The big cities are getting polluted, both by the exhaust and also noise.

India needs to set up a plan to do this and it could be a good start to drop taxes on new EVs and also road taxes. If this is done Mahindra could start mass producing the e2o and cut the price even more.

There are only 10 Tesla Model S in India and a few other foreign electric cars. When India kicks in it will be one of the biggest market for EVs.

The future is bright - I am in the right business.