Autoline On Autoblog With John McElroy

John McElroy
Though the US car market is running at near-record sales, for many shoppers this will be the last car they ever buy. They're not going to stop using cars, but a significant number will stop owning or leasing them. Instead, they'll turn to mobility service providers such as Uber and ZipCar. Thilo Kosloski, the analyst from Gartner Research, predicts that "by 2025, 20 percent of cars will not be owned by an individual."

As more people share cars or rides we're going to need fewer cars than are on the road right now. In fact, the trend has already started. In Berlin, Germany, there are 10,000 fewer automobiles today than there were a decade ago, even though the city's population grew by more than 100,000 residents during that time.

Though still in its infancy, the mobility market is growing far faster than the new car market. In the US, car sharing and ride sharing are increasing at a 34-percent compounded annual growth rate. At that rate they could capture 24 million customers by 2025. Talk about a growth industry.

It's all driven by economics. Why should you pay a deposit to buy a car which starts depreciating the instant you drive if off the dealer's lot, take years to pay it off, pay a tidy sum to insure it, maintain it and fuel it, only to have it parked for 22 hours a day? Instead, why not buy your mobility only when you need it?

According to AAA, it costs the average household 58 cents a mile to own and operate a new car. If you drive 15,000 miles a year that's $8,700, including depreciation and everything else. Car sharing could potentially cut that in half to only $4,350 a year. That's a savings of over $4,000 a year per car. How many households do you think would like to save $4,000 a year?

Obviously if you buy used cars instead of new ones the costs come down, but car sharing is still competitive with used cars.

All the major automakers recognize that car sharing represents both a threat and an opportunity. They know they better get in on the action and that's why Nissan, Daimler, VW, Audi, Ford, Opel, Honda, PSA, BMW, Renault, and Toyota have all announced some sort of car sharing program in different markets around the world. 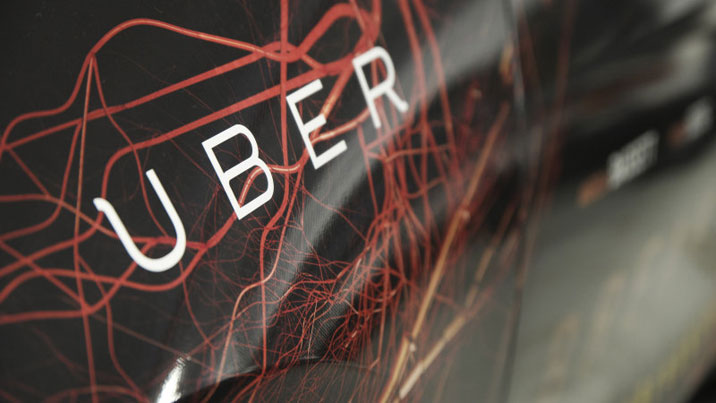 And yet, the real growth seems to be with ride sharing rather than with car sharing. In other words, the growth seems to be more with Uber (which comes and picks you up) than with ZipCar (where you have to go pick up a car). Keep in mind that I'm using Uber as an example because it's the best known name in the business. There are dozens of companies competing with Uber and more coming into the market every year. In Europe BlaBlaCar may be the best known brand name, in China it's Didi Kuaidi, in India it's Ola, and in southeast Asia it's Grab Taxi. Obviously this is a global phenomenon.


Though it's privately held, the money it's raised so far reportedly gives Uber a market valuation of $62 billion.

Uber is already segmenting the ride sharing business. There's Uber X and Uber XL, Uber Black, and Uber Select which provide different types of vehicles offered at different price points. If you're willing to share a ride with a stranger you can call Uber Pool and cut your costs in half. Recently the company launched Uber Eats that will deliver meals to your home, and Uber Rush that will deliver packages.

Uber is already providing rides to a million passengers a day and is signing up 50,000 new drivers every month. Those kinds of numbers have investors going ga-ga. Though it is still privately held, the money it's raised so far reportedly gives Uber a market valuation of $62 billion. That's at least $7 billion more than what General Motors or Ford is worth, and Uber is still a start-up.

Demographic trends are also working in favor of ride sharing. According to the Transportation Research Institute at the University of Michigan, only 66 percent of 18- and 19-year-olds in the United States have a driver's license today. Thirty years ago that number was nearly 84 percent. And UMTRI is seeing a drop across all ages from 18 to 39 years old.

I believe this is why Google and Apple are focused on developing their own autonomous cars, even though I don't think they have any interest in becoming car manufacturers. Instead, I expect to see them jump into the ride sharing business with their own autonomous electric cars. In fact, Uber seems to see it the same way. As a counter-move it just opened its own autonomous R&D lab in Pittsburg, where it raided Carnegie Mellon University for the talent it needs. CMU is one of the pre-eminent universities when it comes to autonomous technology.

Of course, not everyone is going to jump on this bandwagon. I, for one, have no interest in sharing my car. I'm not being greedy, it's just that I enjoy having my own personal car and enjoy driving it myself. No doubt most of you Autoblog readers do, too.

But for many households, especially those living from paycheck to paycheck, the economics of ride sharing and car sharing will be too great to ignore. For others the convenience of never having to search for a parking spot and always being dropped off at the door will prove to be irresistible.

And that's why many of the people who bought a new car this year will probably never buy one again.