This new transportation bill affects every driver on the road

Pete Bigelow
The 1,300 or so pages that comprise a long-awaited transportation bill make for dry reading. Few people will peruse the details of the Fixing America's Surface Transportation Act, signed into law last week, if they hear about it at all. That's a shame, because this is one of those rare pieces of legislation from Washington that actually has a meaningful impact on almost every American. If you drive a motor vehicle, or merely ride in one, there are provisions in the FAST Act that affect you. And the impact goes beyond the $300 billion in funding to fix dilapidated roads and crumbling infrastructure on which we've all grown accustomed to driving. From safety to automated enforcement to data privacy, this is a far-reaching bill.

No time to read 1,300 pages? No worries. We've condensed the tome into a Cliff's Notes version. Here's a look at a few of the reasons the first major transportation bill passed in a decade is an essential one for motorists.

Bigger Penalties For The Auto Industry

Remember when General Motors didn't report deadly ignition-switch problems to the federal regulatory agency it was legally obligated to report such defects? The maximum fine the National Highway Traffic Safety Administration could levy was $35 million, a paltry sum for a company where revenues run in the billions. Ever since, NHTSA has pushed for a higher penalty.

The FAST Act provides it. It increases the maximum penalty for safety violations to $105 million. Federal officials had pushed for a $300 million cap. But amid a rash of automotive safety problems, tripling the penalty to $105 million should still be a more meaningful deterrent for manufacturers tempted to cut safety corners. 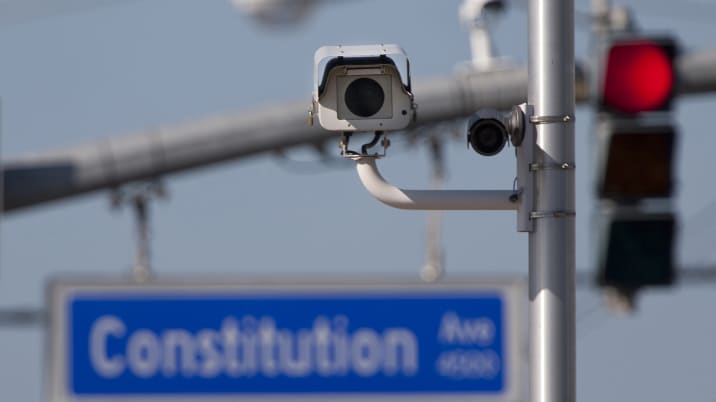 No Federal Funds For Traffic Cameras

Automated traffic enforcement has been fading in popularity over the past two years, and as skepticism grows over whether red-light and speed cameras serve revenue-generation purposes or benefit safety, Congress has voted to stop using federal dollars from funding more cameras. The FAST Act prohibits states from using federal funds to "purchase, operate or maintain an automated traffic enforcement system." There's one exception – such funds are still available if the cameras will be set up within school zones. But otherwise, the new law is expected to speed the exit of such systems.

There's a clear focus on curbing companies from running afoul of safety rules. Just as the FAST Act increases the penalty for auto companies that violate safety laws, it also delivers financial incentives for employees of those companies who come forward with information about violations. Should the information lead to a penalty of more than $1 million, whistleblowers would be allowed to collect between 10 and 30 percent of the civil penalty. The provision covers both employees and contractors from carmakers, suppliers, and dealerships.

The Department of Transportation determines the reward based on "the significance of the original information provided" and "the degree of assistance provided by the whistleblower."

Drivers Own Their Data

Since last year, NHTSA has required that all passenger vehicles come equipped with event data recorders. Used to help further understand an investigate accidents, ownership of this data has nonetheless come under debate and questions have arisen regarding who owns and who may access the data.

The FAST Act answers these questions. It underscores such data is owned by the car owner, and that law enforcement may not access it except under authorization of a court order or by obtaining permission from the owner or lessee. Beyond EDRs, there's troves of data that automakers and other third-parties can access from other systems, but with this provision, score at least one victory for privacy advocates. 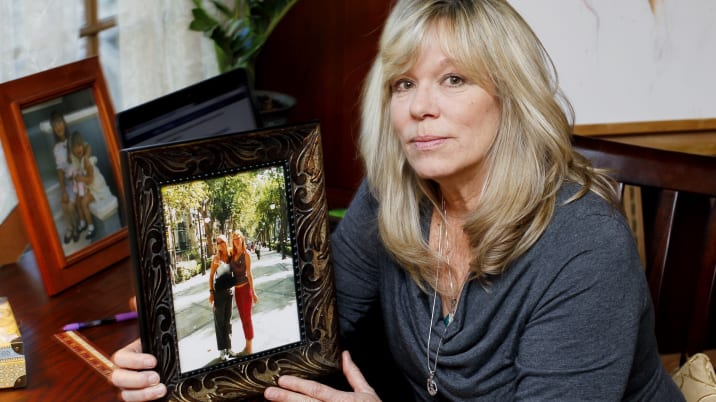 After five years of contentious Congressional battles, the FAST Act prohibits almost all rental car companies from renting, loaning, or selling vehicles under recall until the defects have been repaired.

Cally Houck (pictured above) advocated for the law for years. Her two daughters, Jacqueline and Raechel, were killed in a 2004 crash caused by a defect in a PT Cruiser they had rented from Enterprise Rent-A-Car. The car had been recalled, but the repairs were never made.

There's a big exception to this in the FAST Act. The new provisions only apply to fleets that contain more than 35 cars. In practice, this means it applies to big rental car companies but exempts car dealers who dole out rentals and loaners, which concerns advocates.

"That loophole was all about politics, not safety," Houck wrote on Change.org. "It makes no sense for shady car dealers to be able to loan someone an unsafe ticking time-bomb car, without violating the new rental car safety law. Imagine – taking a recalled car to a dealer for repairs, only to have the dealer hand you the keys to a loaner – with the exact same defect."

Many Americans are driving around in cars that are at least a decade old. In fact, the average car on US roads is 11.4 years old. But manufacturers are only required to recall defective repairs for the first 10 years of their life.

The FAST Act fixes this safety gap. It lengthens the period of time a manufacturer must repair defective cars to 15 years. It also directs NHTSA to write new rules that require automakers to keep their safety records vehicles for "at least 10 years."

Another provision in the new law allows states to use existing surface and highway transportation funds toward projects that will help usher in a new era of connected cars and vehicle-to-infrastructure technology. In short, it gives states more flexibility in how they spend their federal highway dollars.

Vehicle-to-vehicle and vehicle-to-infrastructure communications are still being tested, but many believe they have the potential to reduce congestion, improve traffic safety and offer other real-time information benefits. "As we upgrade our nation's infrastructure, we should ensure that the United States remains a leader in the development and implementation of new technologies," said US Senator Gary Peters (D-Michigan).

Federal law prohibits states from placing tolls on existing interstates. Of course, there's an exception to that law which allows three states – Missouri, North Carolina, and Virginia – to do just that via pilot programs. Even with such permission, those states haven't established tolls and have no plans to do so.

The FAST Act gives them three years to make such plans, or else those exemptions could be passed along to other states. Worried such tolls could come to your state? Not so fast. The bill also requires that any new state approve legislation before starting a pilot program, a sure-fire roadblock for any potential participants.

Traffic deaths from collisions involving large trucks have been rising over the past five years, reaching 3,964 deaths in 2013, the latest year for which figures are available. There's been considerable scrutiny of the rise in such deaths, especially because roughly 85 percent of those victims are in other vehicles or pedestrians.

But the trucking industry doesn't want anyone looking too closely at its safety record. It persuaded lawmakers to hide federal safety scores of trucking companies from the public. Provisions in the FAST Act prevent such information from being disseminated on government websites.

"The impact of this change will affect safety," said Jackie Gillan, president of Advocates for Highway and Auto Safety. "Americans will no longer be able to make informed decisions when selecting trucking companies to move their household goods. Second, it removes the incentive for trucking companies to improve poor safety records because of their public availability."