Pete Bigelow
An unknown author, a grim topic and a book that started with this sentence: "For over half a century, the automobile has brought death, injury and the most inestimable sorrow and deprivation to millions of people."

In one fell swoop, Ralph Nader doused America's alleged automotive love affair with an unsettling reality. Cars were killing motorists at alarming and growing rates, and the companies responsible for building them were more concerned with penny-pinching than with providing equipment that might save lives. Nader's book, "Unsafe At Any Speed," angered the auto industry, awakened the public and forever changed American automobiles.

Published November 30, 1965 – fifty years ago today – the book is, most importantly, responsible for saving countless lives. Its insight into the inner workings of the auto industry and its ambivalent attitude toward safety prompted immediate concern, Congressional inquiries at which Nader testified (photo below) and, quickly, more stringent oversight from the federal government.

Ten months after its publishing, President Lyndon Johnson signed the National Traffic and Motor Vehicle Safety Act, which led to the creation of the Department of Transportation and the agency now known today as the National Highway Traffic Safety Administration, which is responsible for investigating automotive defects and setting federal standards for vehicle safety.

The New York Times notes that Nader began researching problems with automotive safety in 1956 while at Harvard Law School, and was "inspired by books that prompted change, including Rachel Carson's "Silent Spring,' which highlighted the dangers of the pesticide DDT to the environment."

" Unsafe At Any Speed" arrived at a crucial time for the American car. As Nader was writing, traffic deaths reached unprecedented numbers in the United States. In 1965, 47,089 Americans were killed in traffic crashes, then the highest number ever recorded. As Johnson created the federal structure that would oversee concerns in 1966, the annual toll topped 50,000 for the first time.

Today, the death toll stands at roughly 36,000 lives per year. But the outright numbers belie more significant improvements. In 1965, there were 5.30 fatalities for every 1 million vehicle miles traveled on US roads, according to available federal figures. In 2014, there were 1.07 fatalities per million miles traveled, according to NHTSA, the lowest number ever recorded. Much of that improvement is owed to Nader, whose consumer crusades pushed seatbelts, airbags and other safety equipment now considered basic.

A study released earlier this year estimates that 613,000 lives have been saved between 1960 and 2012 because of advances in safety technology and standards. Another analysis conducted by the Center For Auto Safety and The Nation puts the number considerably higher. Projecting a 5.50 fatalities per million miles traveled death rate, the organizations say 3.5 million roadway deaths have been averted. 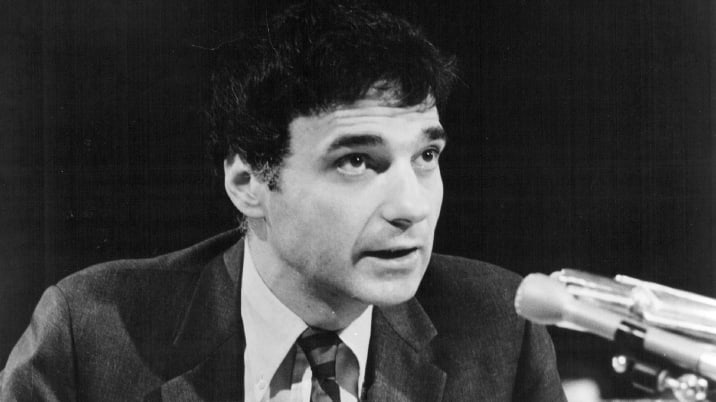 Curiously, Nader is skeptical of technology that holds the potential to further curb the death toll. In an interview with the Automotive News, Nader downplays the live-saving ramifications of autonomous cars. He says their development is "leading to the emerging great hazard on the highway, which is distracted driving." Later, he says carmakers "are turning the automobile into an ever more complicated computer on wheels. Which means that the driver is losing control to the software, and the more the driver loses control to the software, the less the driver is going to be able to control the car down the road."

No question, current autonomous technology is not yet ready to wrest control away from human drivers in many specific driving situations and there's little governmental oversight of autonomobiles. But self-driving technology is evolving rapidly enough the DOT expects to revise its guidance to promote faster adoption of this technology by the end of the year.

And ultimately, might drivers losing control to algorithms be a good thing? Though the indifference of auto companies that Nader has fought still permeates the industry – see General Motors ignition switches, Takata airbags and Volkswagen emissions cheating – the biggest safety challenges for cars are the humans that drive them. NHTSA estimates 94 percent of accidents are caused by human error or human behavior. Self-driving technology may never be perfect, but if it can eliminate a wide swath of those accidents, it may be the best tool yet to accomplish Nader's goal of saving lives on the road.
X