Jonathon Ramsey
What do you do when getting to the top of Denali isn't enough? You create a higher peak called Denali Ultimate. That's what GMC has done with the 2016 Sierra, the new Sierra Denali Ultimate adding even more content and showing off the truck's refreshed face and new Denali grille.

The reasoning behind this truck is perfectly sane. GMC says that in 2013 it had zero percent of the premium light-duty truck market; since that time, the brand says the segment (with an average transaction price beyond $55,000) has grown by a factor of ten, and the Sierra Denali has given GMC a 15.5-percent share.

When it goes on sale in in the first quarter of next year, it can be optioned on the four-wheel drive 1500 Crew Cab with either the five-foot-eight or six-foot-six-inch bed. Standard equipment includes a sunroof, Lane Keep Assist, automatic headlights, Tri-Mode Power Steps, chrome tow hooks, and 22-inch wheels. The press release below has more.

DETROIT, Tuesday, Nov. 17, 2015 – GMC is taking the range-topping style, craftsmanship and capability of the Sierra Denali even higher with the 2016 Sierra Denali Ultimate.

It builds on the Sierra Denali's already class-leading attributes with a package of precision-crafted features designed to elevate its comfort, design and capability in the growing premium niche of the full-size truck market.

GMC introduces the Sierra Denali Ultimate today, ahead of its public debut at the Los Angeles Auto Show. It goes on sale late in the first quarter of 2016.

"The Sierra Denali has helped drive the growth of premium portion of the light-duty crew cab segment," said Duncan Aldred, vice president of GMC Sales and Marketing. "This truck is the ultimate expression of the Sierra Denali with greater emphasis on the bold and refined presence and advanced features that make Denali models synonymous with precision and exclusivity."

Thanks in large part to Sierra Denali, which was redesigned in 2014, GMC commands 15.5 percent of the premium full-size truck segment, where average transaction prices exceed $55,000.

The segment has nearly doubled in 2015 and grown tenfold since 2013, when GMC had zero percent of the market. In fact, Sierra Denali has helped GMC earn a higher share of the premium portion of the light-duty crew cab segment than of the overall full-size pickup segment.

Unique features and more standard technologies
The Sierra Denali Ultimate is offered exclusively on four-wheel drive 1500 crew cab models with either a 5' 8" or 6' 6" cargo bed. It is distinguished with 22-inch wheels with chrome or black insert), a standard sunroof, chrome tow hooks and standard technologies, including Tri-Mode Power Steps – that move rearward to serve as a step into the forward section of the cargo bed. Lane Keep Assist and IntelliBeam automatic headlamp control are also standard.

An integrated trailer brake controller is standard on the Sierra Denali Ultimate and allows the driver to adjust the amount of output available to the electric trailer brake and to manually apply the brakes.

Elevation of luxury
Named for Mount Denali, the highest peak in North America, the GMC Denali brand represents the pinnacle of luxury, design and performance – the ultimate expression of professional grade.

GMC's top-of-the-line models include the signature Denali chrome grille – premium materials and the latest safety and infotainment technology. Features such as a 10-inch reconfigurable instrument cluster on the Yukon Denali series and Magnetic Ride Control on Sierra Denali are exclusive to their respective vehicle segment.

The luxury-focused Denali models outsell the entire product lines of some of the most aspirational marques, including Land Rover, Jaguar and Porsche, with almost 60 percent of all GMC Yukon/Yukon XL models and more than 45 percent of Sierra HD sold wearing the Denali badge.

Overall, Denali vehicles have accounted for about 25 percent of all GMC retail sales in 2015 and more than 850,000 have been sold since the nameplate was introduced on the 1999 Yukon.

GMC has manufactured trucks since 1902, with innovation and engineering excellence built into all GMC vehicles. The brand is evolving to offer more fuel-efficient trucks and crossovers, including the Terrain small SUV and Acadia crossover. GMC's highest-volume vehicle, the Sierra pickup, is the most powerful light-duty pickup on the market, and the first full-size pickup to receive the highest-possible five-star Overall Vehicle Score for safety since the National Highway Traffic Safety Administration changed its New Car Assessment Program for the 2011 model year. Details on all GMC models are available at http://www.gmc.com/, on Twitter at @thisisgmc or at http://www.facebook.com/gmc. 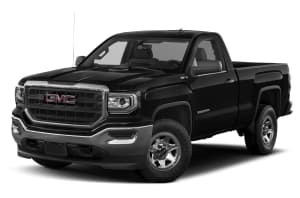