Chris Bruce
Honda is recalling 303,904 US examples of the 2008-2009 Accord because the side airbags or curtains can inadvertently deploy. The automaker said the problem is not related to Takata's airbag problem or any other supplier. Instead, the issue concerns the software's deployment threshold for side impacts.

These sudden deployments can happen if the ignition is on, and the door is forcefully closed. They might also occur if there's a strong enough impact to the underside of the vehicle, like from road debris. As of October 12, 2015, Honda has 19 allegations of injuries from this problem; plus 311 warranty claims and 160 field reports, according to a chronology submitted to the National Highway Traffic Safety Administration ( as a Word document).

The fix will be a software update to adjust the Supplemental Restraint System, and Honda will begin mailing notifications to owners in mid-December.
Show full PR text
Statement by American Honda Regarding Side Airbag Inadvertent Deployment Recall: 2008-2009 Honda Accord Sedan

Side and/or side curtain airbags may inadvertently deploy if the ignition is on and a door is forcefully slammed or there is a significant impact to the vehicle underbody.
Issue arises from side impact deployment threshold specification; Not a hardware or supplier issue.
Free software update will adjust the deployment threshold.

Honda will voluntarily recall 303,904 model-year 2008-2009 Accord vehicles in the United States to update the side Supplemental Restraint System (SRS) software, free of charge. The SRS threshold setting for the side impact sensor is such that with the vehicle ignition on, if there is a strong, non-vehicular collision impact to the lower body of the vehicle or if a door is shut with extreme force, the SRS control unit may interpret the input as a crash and command the side seat airbag and/or side curtain airbag to deploy. Airbags that unexpectedly deploy may increase the risk of injury. Honda has received 19 injury claims related to this issue.

Honda is announcing this recall to encourage each owner of an affected vehicle to take it to an authorized dealer as soon as they receive notification of this recall from Honda. Mailed notification to customers will begin in mid-December 2015. Additionally, owners of these vehicles can now determine if their vehicles will require repair by going to www.recalls.honda.com or by calling (888) 234-2138.

SUMMARY:
Honda (American Honda Motor Co.) is recalling certain model year 2008-2009 Honda Accord vehicles manufactured January 22, 2007, to June 30, 2008. In the affected vehicles, the side impact sensor calibrations may be overly sensitive, and as a result, the side air bag inflatable curtains and/or seat air bags may unexpectedly deploy when the ignition is on and the door is slammed or there is an impact with road debris.

CONSEQUENCE:
Air bags that unexpectedly deploy increase the risk of a crash or injury.

REMEDY:
Honda will notify owners, and dealers will update the air bag control unit software, free of charge. The recall is expected to begin on December 14, 2015. Owners may contact Honda customer service at 1-888-234-2138. Honda's number for this recall is JV4. 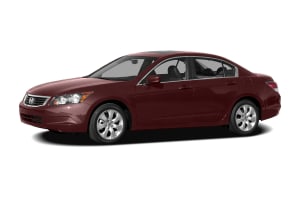