Pete Bigelow
Car owners can continue tinkering with their vehicles. In a long-awaited ruling announced Tuesday morning, the US Copyright Office granted an exemption in copyright law that permits gearheads and home mechanics to continue repairing and modifying their cars without running afoul of existing copyright law. Though it comes with a few caveats, the decision was a victory for car enthusiasts and vehicle owners, who could have otherwise been legally prohibited from accessing software that controls almost every vehicle function on modern cars.

Automakers opposed an exemption, saying the software had become too complex for everyday hobbyists to understand and that errors could lead to safety hazards. In written comments, their main lobbying arm had said allowing customers to continue fixing their own cars had become "legally problematic." But the Copyright Office officials concluded that altering the code or programs on the software did not infringe upon the OEMs claims that such software was protected under the Digital Millennium Copyright Act. The office said altering the code that runs electronic control units "for the purposes of facilitating diagnosis, repair and modification of vehicles" was permitted under the law.

Every three years, the office considers possible exemptions under the DMCA, which was enacted in 1998 largely as a means to deter video and music piracy. Back then, nobody considered the possibility the law could one day apply to vehicles. But cars have evolved to a point where critical functions are controlled by dozens of small computers. This is the first time the office had considered whether cars fell under the law's purview, and the ruling clarifies what had been ambiguous legal ground. But today's ruling won't go into effect for a year, which means it only provides two years of legal coverage until the exemptions are again debated at the end of the three-year cycle.

"We are pleased ... that the Librarian has acted to promote competition in the vehicle aftermarket and protect the long tradition of vehicle owners tinkering with their cars and tractors," wrote Kit Walsh, a senior attorney with the Electronic Frontier Foundation, which had proposed an exemption. "The year-long delay in implementing the exemptions, though, is disappointing and unjustified." 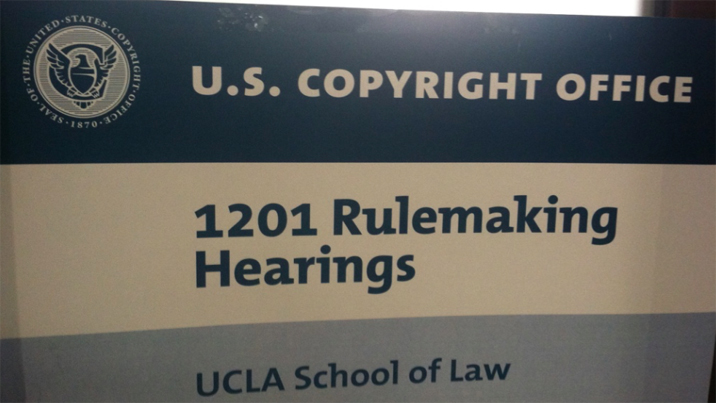 Automakers and the Environmental Protection Agency had called for the Copyright Office to reject the proposed exemption, arguing that, if such activity was protected, people would use the exemption to modify their cars in ways that spewed more pollutants and increased safety problems. General Motors and John Deere took their arguments a step further, saying in both written comments and in hearings, that their customers didn't own the software in their vehicles and that they were mere licensees.

Noting concerns, the Copyright Office officials said the exemption needed to be "narrowly tailored." The exemption comes with some caveats. It excludes work on telematics and infotainment systems and explicitly reminds people that an exemption does not mean tinkerers can violate existing laws and regulations set forth by the EPA and Department of Transportation.

The exemption is also limited to the vehicle owners – it cannot be done by a third party on the owner's behalf. That's a carefully carved provision in the exemption that is a key consolation prize for automakers. It may mean independent mechanics cannot make some repairs or modifications, potentially forcing customers to only have their vehicles fixed at their dealerships or repair shops approved by manufacturers.

The full adopted exemption reads: "Computer programs that are contained in and control the functioning of a motorized land vehicle such as a personal automobile, commercial motor vehicle or mechanized agricultural vehicle, except for computer programs primarily designed for the control of telematics or entertainment systems for such vehicle, when circumvention is a necessary step undertaken by the authorized owner of the vehicle to allow the diagnosis, repair or lawful modification of a vehicle function; and where such circumvention does not constitute a violation of applicable law, including without limitation regulations promulgated by the Department of Transportation or the Environmental Protection Agency; and provided, however, that such circumvention is initiated no earlier than 12 months after the effective date of this regulation."

Kyle Wiens, the founder of do-it-yourself-website ifixit.com, had testified in support of the exemption during hearings held in May. He saw Tuesday's ruling as a victory, albeit one that came with some eye-raising provisions. "It's a huge win for owners and tinkerers," he said. "This is setting a precedent that we should be allowed to modify and repair our equipment. The concerns are the telematics restrictions, which is very interesting and kind of weird, and the third-party restrictions."