Honda to show off conceptual new Ridgeline truck at SEMA

Noah Joseph
The SEMA show is coming up fast, and Honda is not about to miss out on the festivities. To that end, the Japanese automaker has announced a raft of customized vehicles it's bringing to the tuner expo in Vegas early next month.

Potentially one of the most enticing debuts will be the Ridgeline Desert Race Truck. Following the preview sketch (seen above) of the next-gen pickup released at the Chicago Auto Show earlier this year, the new concept is set to give us an even better glimpse at the 2017 model of the four-door, short-bed crossover pickup to come. The vehicle's debut will also mark the factory's return to off-road competition, which ought to come as a welcome development for racing fans.

The Ridgeline won't be Honda's only debut at the SEMA show this year, however. There'll also be four modified versions of the HR-V compact crossover, each customized by a different American aftermarket firm, and custom takes on the CR-Z hybrid, Civic sedan, and Pilot crossover. Look for the Powersports and HPD divisions to showcase their latest at the event as well, while the Acura division does its own thing.
Show full PR text
Honda to Showcase Ridgeline Desert Race Truck Concept, HR-V Tuner Project Program, Refreshed 2016 CR-Z and more at 2015 SEMA Show

Honda will ignite the floor at the 2015 SEMA Show with a full portfolio of performance products, including race bikes, HR-V project vehicles, and the debut of the Ridgeline Desert Race Truck. The Ridgeline Desert Race Truck will offer a first look at the styling direction of the highly anticipated 2017 Honda Ridgeline pickup. The "racing Ridgeline" also marks Honda's re-entry into Honda Performance Development (HPD)-powered factory off-road racing.

Also within the Honda display will be four Honda HR-V project vehicles, built in partnership with several highly creative U.S.-based automotive tuning houses. The refreshed 2016 Honda CR-Z sport hybrid coupe, complete with aggressive new exterior styling details and significantly improved interior, will also be highlighted in Honda's 2015 SEMA showcase, along with an accessorized version of the all-new 2016 Honda Civic Sedan and 2016 Honda Pilot. Further demonstrating the broad range of performance products and racing activities that only Honda can boast, Honda Powersports and HPD will also showcase many of their wares, including the Pioneer 1000 Side-by-Side in matching desert race livery, the Moto GP Race Replica RC213V-S, the Rahal Letterman Lanigan Racing IndyCar display, and much more.

The Honda press conference will begin at 9:35 a.m. PDT on Nov. 3rd at Booth #24887 in the southeast corner of the Central Hall.

Honda will again host the Honda Soiree, this year taking place at Hakkasan Nightclub at the MGM Grand. Credentialed journalists can obtain a wristband to garner attendance at the Honda booth following the press conference. 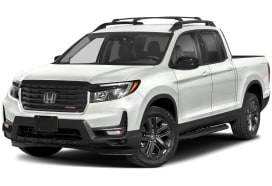 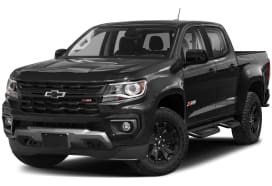 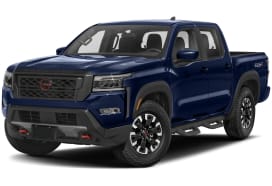