Has the Mercury Marauder gotten better with age?

Seyth Miersma
In the early 2000s Mercury desperately wanted to develop some edge for its brand – seemingly stuck between a quasi-premium, quasi-performance space in the Ford Universe. The Marauder is perhaps the most famous of the vehicles that resulted from those efforts, and is rapidly approaching Modern Classic status, today.

Effectively a murdered out Grand Marquis with some updated trim pieces – what are company parts bins for, if not raiding? – the Marauder looked convincingly like a bad guy car. The 4.6-liter V8 under its hood that had been breathed on by engineers for a little more power, kicking out 302 horsepower and 318 pound-feet of torque from the factory. Not exactly Ferrari-baiting numbers, but it'd give your local cop's car a run for its money.

Being a wild child of the last decade, of course our friends at MotorWeek had it on the program. What better way to test your mean-mugging muscle sedan than with John Davis' tanned and steady hands? 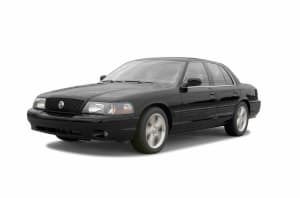